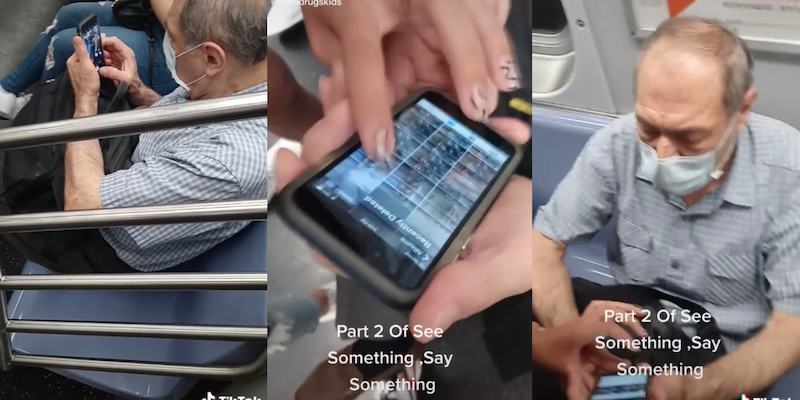 ‘Delete everything’: TikToker catches elderly man sneaking photos of girls on a train

The TikToker warned viewers to 'beware' of 'weirdos on the train.'

The 10-second video, which currently has over 144,000 views and over 28,000 likes, shows the TikToker secretly recording the elderly man as he takes photos of women sitting across from him on the train. He takes three photos before the video ends. The top comment on the video, which has over 1,500 likes, said “But you’re literally doing the same to him.” Another commenter wrote, “And why aren’t you confronting him?”

The TikToker posted a second video, which currently has over 42,800 views, showing himself confronting the elderly man with another person. They are seen going through his pictures and making him delete the unsolicited photos. The TikToker points the camera at him and tells everyone to “watch out” for him.

The comments section praised the TikToker in the follow-up video when he recorded himself stepping in. “Finally! Someone who did the right thing,” one commenter wrote. The TikTok creator did not immediately respond to the Daily Dot’s request for comment.