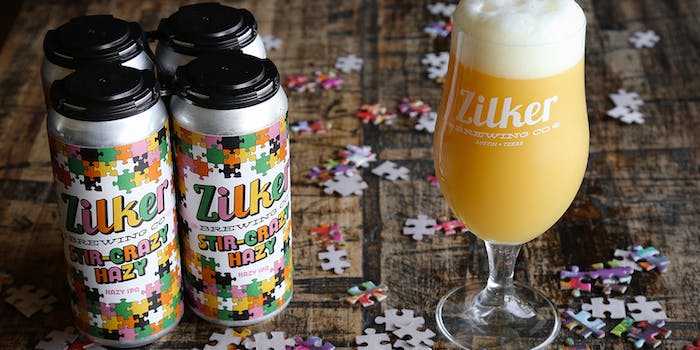 The future of booze: Can bars use Instagram to survive?

At the whim of state regulations, Texas bars are getting creative.

Planning for the future amid the coronavirus pandemic is all but impossible for many industries but especially for bar owners and workers, as local regulations have required they open and close with little warning. But during the months when their once-full venues sat empty, some Texas bars still found ways to connect.

On Instagram, bars have shared recipes, updates on their status, and reminders that they’re missing their customers.

Azure Collier, 44, lives in New York City and told the Daily Dot that she and her friends miss going out to their favorite bars, and seeing what they post has been a fun way to see what they’re up to.

Collier is a content marketing director for Tripleseat and specializes in social media strategy for the hospitality industry. She said bars should still be regularly posting on social media despite being closed.

“Even if your customers see that in passing, it’s still putting your bar in their head. They’re remembering you,” Collier said. “When the time does come to go out again, when things open, you’re going to be at the top of their (mind), because they’ve been thinking about you this whole time.”

The brewery has kept its customer base involved by posting updates on when they’ll be opening or closing, messages of support for the Black Lives Matter movement, and, of course, beer.

“People are online a ton more and they’re craving content and I think that’s part of why we made that decision to keep staying light and remain educational, but still, at the end of the day, bring people joy through beer,” Vaughn said. “That’s been the mission of Zilkers’ from the beginning.”

The brewery recently reopened after its patio after partnering with Spicy Boys Chicken food truck. The reopening created an opportunity for the bar to share content similar to what they did before, but while closed, Vaughn said the company had to innovate.

Right before pandemic restrictions began, Vaughn said the brewery got a canning system, which meant it was no longer limited to putting the beer they made in kegs or serving it on their patio.

Not only did it provide an opportunity for income through selling canned beer online, it also meant the brewery could create fun, colorful designs to fill Instagram.

“Sometimes we were launching two new beers a week,” Vaughn said. “That started to create some engagement online where people were then expecting it and asking us, what’s next?”

Vaughn said customers used to post photos of themselves at the brewery and tag the location. Now, the brewery is getting tagged when customers get the new beer.

“All of that creation has played into when you have this bright, colorful can,” Vaughn said. “It’s a new beer that people are excited to try. They naturally want to share that online because right now, there’s not a lot else going on. It’s kind of giving them a little fun treat to have at home.”

Vaughn said bars are increasingly creating another form of income using social media engagement with consumers. From hosting virtual mixology classes to partnering with restaurants or bakeries to sell their products together, bars are finding ways to make it work.

AJ Jamshedji, owner of Social Beer Garden in Houston, told the Daily Dot that before quarantine, his newly opened beer garden maintained its social media presence by posting about what food trucks would be at the location that night.

Now, as the location is shut down and isn’t delivering, Jamshedji said finances are becoming increasingly difficult.

“I understand that we might have some customers which want to support local businesses, but the financial situation is impacting all of America. Why would they spend $24 for a six pack?” Jamshedji said, adding that consumers can instead buy alcohol for cheaper at a grocery store. “We’re not generally in the market of selling a Bud Light, we’re offering a Bud Light in our environment.”

Because of the closure, Jamshedji said Social Beer Garden is using its social media presence less as he feels that people don’t want to see an ad or a reminder about a business they can’t go to or buy from.

Occasionally, Jamshedji said, the bar will post on Instagram and wish people a happy holiday. At the beginning of the shutdowns, he said, they posted drink recipes for people to share with their families.

Now that other restaurants and places are beginning to open back up, Jamshedji said people are no longer at home bored together, and it doesn’t make sense to push this kind of content.

“Social media has a great impact on a business when a business can be open,” Jamshedji said.

Vaughn said reminding customers that you’re there for them, without overdoing it, can still have a positive impact.

“Food and drink have become more important to us as we’re staying home and quarantining,” Collier said. “Bars and restaurants are in a good position to share this content because we are thinking about food a lot, as we’ve been home, we’ve been spending more time in the kitchen, we’re having groceries and alcohol delivered, and we’re trying to figure out how to make these things at home and make the quarantine a little bit more fun and interesting.”