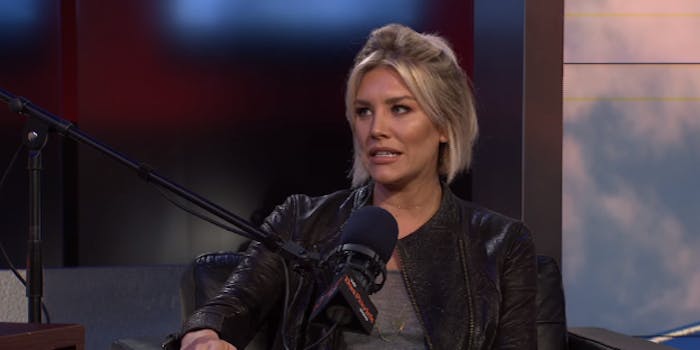 Nude photos of Fox Sports host Charissa Thompson were hacked and released on the internet in what her attorney has described as “a disgusting invasion of my client’s privacy rights.” The 35-year-old Thompson, who joined Fox Sports in 2013, is the latest in a string of celebrities and high-profile people to be hacked in this way in recent years.

“It is a disgusting invasion of Ms. Thompson’s privacy,” Brettler said, “and we are working with law enforcement authorities to ensure that those responsible for hacking her account and publishing her photos are brought to justice.”

Prior to joining Fox Sports, Thompson was an on-air personality at ESPN, co-hosting SportsNation.

In the current digital age, she’s not only woman working in sports journalism to have her privacy violated in this fashion.

In one of the most infamous examples, former ESPN host and current Fox NFL sideline reporter Erin Andrews was spied on through a hotel peephole in 2008 while she was dressing, and a video of her was subsequently uploaded to the internet. Andrews ultimately sued her stalker, as well as Marriot International, and in 2016, she was awarded more than $50 million by a jury. It remains to be seen whether any similar legal action will be taken against Thompson’s alleged hacker.