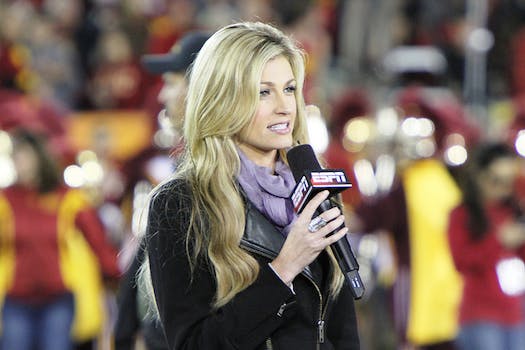 Eight years ago, a man named Michael David Barrett manipulated his way into a hotel room next to former ESPN and current Fox Sports sideline reporter Erin Andrews, and he recorded her naked and eventually released the video on the Internet, where it went viral.

For the past few days, Andrews, who is suing the Nashville Marriott for $75 million in a civil lawsuit, has tearfully relived her experience on the witness stand. And now thousands of people are Googling her to try to find the video. So many people apparently are trying to find it, in fact, that it’s ranked as one of Google’s hottest trends.

The video was taken in 2008, and Barrett—who was sentenced to 30 months in prison after he pleaded guilty to interstate stalking the next year—posted the video online in 2009 after failing in his attempt to sell it to TMZ.

“I feel so embarrassed, I feel so ashamed,” Andrews told jurors this week. “My naked body was on the front page of the New York Post, they put bars over my body parts.”

Andrews testified Monday that ESPN forced her to give a nationally televised interview before she was allowed back on the sports network’s airwaves to disprove the theory that she was involved in a publicity stunt. On Tuesday, the defense lawyers said that Andrew’s career ultimately was enhanced by the leaked video.

IT expert Dr. Bernard Jansen testified that, in his view, nearly 17 million people have watched the video, and that for the month of July 2009, Andrews was the top-searched name online.

When Andrews first saw the video, she testified, “I could feel my chest and feel it in my head. I saw it for two seconds and said, ‘Oh, my God, I have to call you back,’ and I called my parents… I was just screaming… I said, ‘Dad! I’m naked all over the Internet.'”

Update 4:57pm CT, March 7: On Monday Andrews was awarded $55 million in damages by a jury in her civil suit against the Nashville Marriott.