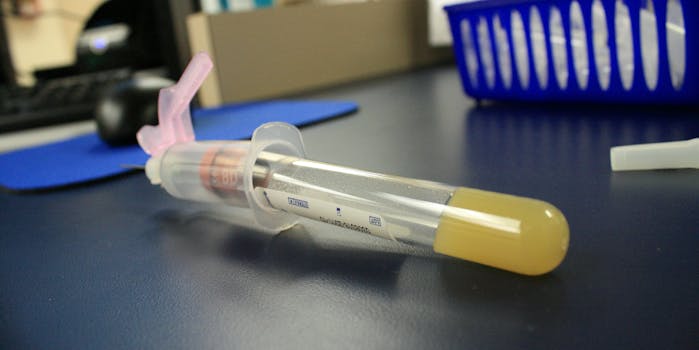 Sex worker and LGBTQ activists are praising the law change.

Knowingly exposing others to HIV without disclosing your status is no longer a felony in California—which is being heralded as a victory for sex workers’ rights activists and LGBTQ organizations for easing the stigma in being HIV-positive.

Senate Bill 239 was signed by Gov. Jerry Brown (D) on Friday, after it was passed early last month. Starting Jan. 1, 2018, exposing another person to HIV without their knowledge or consent is a misdemeanor crime punishable by up to six months in county jail. Previously, doing so was a felony with up to eight years in prison if charged and convicted.

According to the Washington Post, arrests under the former law were rarely handed down to people who maliciously infected others with HIV. Instead, sex workers facing a solicitation conviction were regularly charged with infecting others with HIV during mandatory testing.

“If you are a sex worker and you solicit someone and you’re HIV positive, you’re guilty of a felony before any contact occurs,” co-sponsor and state Sen. Scott Wiener (D) said, the Post reports. “These laws are so draconian that you can be convicted of a felony and sent to state prison even if you engage in behavior that creates zero risk of HIV infection.”

The bill’s changes stem partly from ongoing research: The Center for Disease Control recently declared that people on HIV medication can’t transmit the virus through sex.

“The most effective way to reduce HIV infections is to destigmatize HIV,” Wiener said, CNN reports. “To make people comfortable talking about their infection, get tested, get into treatment.”

Republicans aren’t happy about the law, with conservatives in both the state government and right-wing media harshly condemning its passing. National Review’s Wesley J. Smith called California “radical” and “accepting of dysfunctional and anti-social behavior.”

Meanwhile, for LGBTQ rights group, the bill’s signing is a huge victory across the state. Equality California praised the law as a step forward in fighting discrimination against people with HIV.

“This is an important bill that modernizes California’s HIV laws,” Equality California executive director Rick Zbur said to CNN. “It will really advance public health and reduce stigma and discrimination that people living with HIV have suffered.”