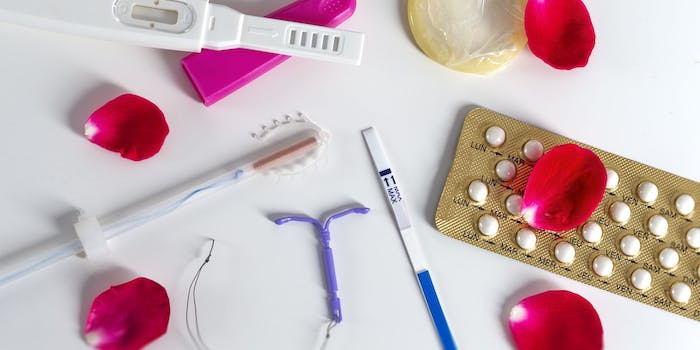 ‘This is so unbelievably common’: Women on TikTok are talking about their experiences with birth control side effects

'It’s crazy that at this point women still have to deal with these side effects.'

A TikToker’s video showing herself before and after going on birth control has sparked discussion among other people who have used hormonal contraceptives and experienced side effects.

The video, posted by @okayemmmm, reportedly shows the young woman pre-and post-installation of the Mirena IUD, a form of long-term birth control that is implanted in a person’s uterus rather than taking a daily pill or using a patch.

She writes in the overlay text, “Me a year ago before the Mirena IUD: being called the curvy friend, thinking I was chubby, had ‘thick thighs’,” a text overlay on the video reads. “Me after the IUD after gaining over 50 pounds, developing severe body dysmorphia and eating problems scared to go to work because of how I look.”

Birth control is typically offered to young people by healthcare providers through oral, patch, injection, ring, or implant methods to prevent pregnancy, menstruation, or help regulate hormones. Side effects can vary from method to method but may include headaches, breast tenderness or enlargement, nausea, and irregular periods.

Some commenters reported similar issues with their IUD causing weight gain or other side effects, although studies have shown there is no official link between contraceptive use and weight gain.

“My IUD caused major reproductive issues for me including weight gain and (my doctor) was super dismissive until it gave me an (eating disorder),” one commenter wrote.

“Same girl, I had the copper IUD and bled straight for six months,” another commenter wrote. “Had it taken out and my periods still aren’t normal almost a year later.”

Others shared side effects they reportedly experienced on other forms of hormonal birth control.

“The pill makes me crazy and the IUD made me gain crazy weight lol,” one commenter wrote.

“No deadass the Nuva Ring did this to me,” another commenter wrote.

“Had the same experience with Nexplanon implant…. If I could only go back in time,” reads another comment.

The Daily Dot has reached out to @okayemmmm via a comment left on the video as she could not be identified on other social platforms.