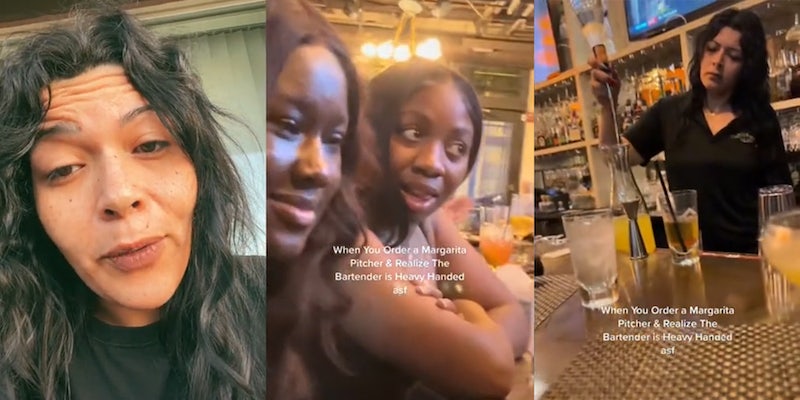 ‘This is why we can’t have nice things’: Bartender says viral video of her pouring drinks ‘heavy-handed’ got her fired

A bartender says that after appearing in a viral TikTok that shows her pouring drinks, she was fired from her job.

Danielle Chisolm (@lovedaniellexoxo) on Friday said she was fired from her job as a bartender because she was captured in a viral TikTok pouring drinks “heavy-handed.” The viral video, posted by Faaji King (@dmvdrummerboyyy) on Aug. 17, on Monday had over a million views.

Chisolm was bartending at Creole on 14th, a bar in Washington, D.C.

“That video got me fired,” Chisolm says of King’s TikTok. On Monday, Chisolm’s video had over 30,000 views.

This isn’t the first time Chisolm has reposted King’s viral video: On Aug. 29, Chisolm duetted the video and said that although she’d been suspended from Creole on 14th, she would be returning to the restaurant and shared the days she would be working.

Many commenters on Chisolm’s viral video told the bartender how sorry they were that she had gotten fired. Others condemned King for posting her doing her job in their TikTok.

“They should’ve never posted that omg,” @ssuccubuss13 wrote. “Like why not just acknowledge the blessing.”

“This is why we can’t have nice things,” @nothanksnahdude commented.

In response to commenters’ sympathy, Chisolm said that she loved working at Creole of 14th and that she’s “still looking” for a new job.

The Daily Dot reached out to Chisolm via Instagram direct message, King via TikTok comment, and Creole on 14th via email.