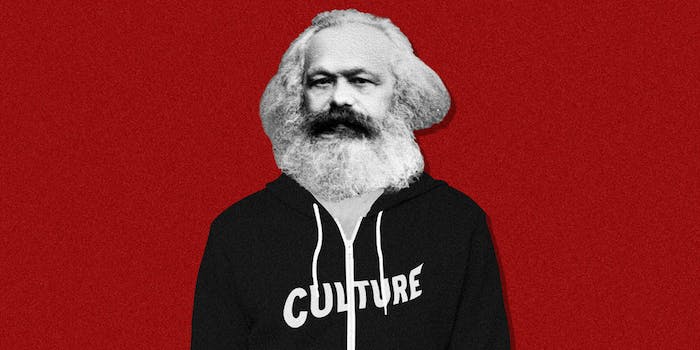 It's not a thing?

Whenever conservatives see something they don’t like that has the hallmarks of diversity and equality, you will quickly hear cries of “Cultural Marxism!” This phenomenon has only increased as the far-right has gained a foothold in America’s popular and political culture. So, you’ve probably been wondering: What is cultural Marxism?

What is cultural Marxism?

The term “cultural Marxism” is little more than a racist dog whistle. The most recent use of that term in pop culture, in a now-deleted tweet by Ron Paul (or, as he claims, his staff) illustrates this perfectly. The tweet, which purported to explain cultural Marxism, featured caricatures of various races punching Uncle Sam. In the cartoon, their collective fist is adorned with the communist hammer and sickle.

Not only is the cartoon incredibly offensive, it fails to do the thing that political cartoons need to do be effective: illustrate a point. Therein lies the difficulty.

It is very hard to explain what cultural Marxism is because the term describes something that doesn’t exist. It refers to a vast conspiracy dating back to the early 20th century in which academics launched a campaign to take over intellectual, cultural, and artistic institutions. Then, they “promoted and even enforced ideas which were intended to destroy Christian values and overthrow free enterprise.” What were these ideas? Feminism, multiculturalism, gay rights and atheism, to name a few.

The problem is that this never actually happened.

To understand what Marxism is, you ought to read communist theorist Karl Marx. You’ve probably heard of his deeply influential work Das Kapital. To boil it down simply, Marxism is “a theory in which class struggle is a central element in the analysis of social change in Western societies.” You have heard terms like “bourgeois,” proletariat,” “seize the means of production,” and “class war.” That stuff is all Marx.

You might be confused. Wait? Isn’t that stuff economic and not cultural? In short, yes. 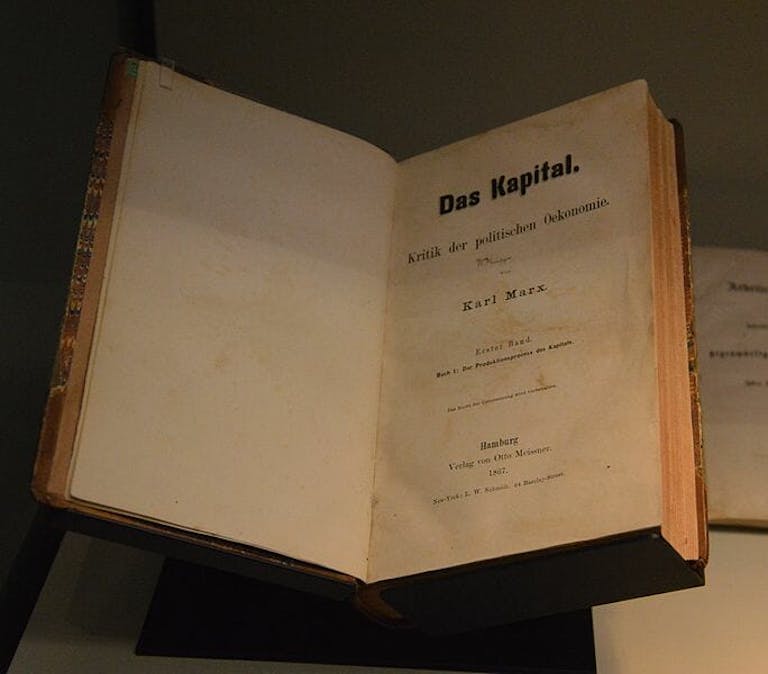 The Frankfurt School and cultural Marxism

“Cultural Marxism” refers to the ideas of a group of Jewish German academics, now known as the Frankfurt School, who fled Nazi Germany for New York City in 1936. Among other things, they concluded that religious and mass culture are barriers to revolution, as they advance counter-revolutionary ideology. They believed that cultural enlightenment and intellectual liberation are essential to creating the circumstances for revolution.

It’s not hard to understand how the Frankfurt School came to this conclusion. If the church tells you that the patriarchal family structure is the ideal, and then the culture you consume—say Duck Dynasty and Last Man Standing—offers the same message, then you likely won’t challenge that particular aspect of the status quo.

The Frankfurt School is best known in academic circles as the incubator for postmodernism. Rather than being a political project, postmodernism is a philosophical movement marked by an incredulity toward any narratives, including political projects. Notable theorists of the Frankfurt School include Theodor Adorno, Max Horkheimer, Walter Benjamin, and others. Their work deeply influenced Jacques Derrida and Michel Foucault, who in turn became deeply influential in philosophy.

Ultimately, for this conversation, the work and legacy of the Frankfurt School doesn’t particularly matter. As leftist writer Shuja Haider put it in his expert dismantling of Jordan Peterson, whose work often invokes cultural Marxism:

“Neither Derrida nor Foucault is cited in [Peterson’s book] 12 Rules for Life. Apparently, not only has Peterson never bothered to actually read them, he seems not to have even read their Wikipedia entries.”

Cultural Marxism, as it is described by today’s right-wing commentators, is just a repackaged version of the age-old conservative complaint about diversity. Whether it’s sexuality, gender, race, religion, or otherwise: it is a threat to Western culture.

Just look at the people who write about cultural Marxism. The term is used in books like Pat Buchanan’s The Death of the West and Jordan Peterson’s recent best-seller. You will find it in the manifesto written by serial killer Anders Brevik and in rants from Infowars. It’s a common phrase in any propaganda put out by alt-right groups. It is not a coincidence that all of these people, groups, and outlets, who are (by varying degrees) white supremacists, love to talk about the preservation of Western culture.

So where does the term “cultural Marxism” come from?

Cultural Marxism as a term only dates back to the 1980s, when an obscure writer named William S. Lind wrote about the need to protect conservative Western values as the Cold War drew to a close. Lind’s work advocates for a return to “traditional” morality.

Usage of the term in pop culture begins around 1999 when a co-founder of the Heritage Foundation named Paul Weyrich launched a more conservative think tank called the Free Congress Foundation. At the same time, he launched a proto-Fox News TV network called National Empowerment Television. There, he aired a documentary called Political Correctness: The Frankfurt School. For the fringe right, this launched the conflation of these postmodern theorists with Marxism.

That isn’t to say that the term doesn’t have a history. Many critics who have written about cultural Marxism are quick to point out that this is just another iteration of classic conspiracy theories of vast Jewish conspiracy. As with other anti-Semitic theories like those presented in The Protocols of the Elders of Zion, the idea reaches back through history and builds a narrative that never existed, centering Jews as history’s villains. The Jewish people have been subject to this kind of treatment for centuries.

While the term has its roots in white supremacy, cultural Marxism has been mainstreamed in recent years. This, simply, is because racism has been mainstreamed in recent years. Take Tea Party rallies, Breitbart, or Steve Bannon. If you listen to any right winger for long enough, their complaints about cultural Marxism will devolve into complaints about the perceived decline of white male patriarchal culture.

“Why is popular culture so contrived, plastic, empty, meaningless, grotesque, and incredibly retarded? Because from the 20th century onwards, postmodernist, moral relativist, critical theory—espousing cultural Marxist nihilists began to seize control of society… The goal? To completely undermine the foundation of Western civilization and leave us open to subversion and capitulation.”

Cultural Marxism in the news today

Despite its dubious origins as a term for political analysis, cultural Marxism and the concepts behind it have caught on in mainstream political writing. Jonathan Chait, who is about as centrist as they come, wrote an article on political correctness in New York Magazine in which he said “the modern left has borrowed the Marxist critique of liberalism and substituted race and gender identities for economic ones.”

Chait declines to use the term “cultural Marxism” here. But it’s exactly what he is defining. Like Chait, New York Times op-ed writers like Bari Weiss and David Brooks have swallowed this right-wing talking point, and regularly produce essays on poisonous “PC campus culture.” Conservatives have successfully rewritten history by retroactively shoehorning an idea that never actually existed into the past, and then claiming that all of Western civilization has been infected with it.

What the right-wing calls cultural Marxism can be explained by far less nefarious means. As oppressed groups—women, minorities, LGBTQ+ folks—gain the tools of liberation, such as the internet and civil rights protections, they will have an influence on culture. The systems that were created to oppress them—the patriarchy, the nuclear family, white supremacy—will then recede.

So what is cultural Marxism? Perhaps the best answer is “a made-up phrase that we shouldn’t let serious thinkers get away with using.”