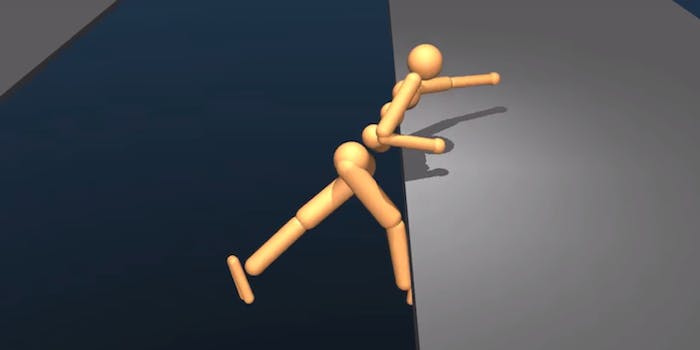 As it builds out its AI, Unity will develop virtual environments where it can learn.

Artificial intelligence researchers are reaching out to gamers.

We have been watching Alphabet’s AI division DeepMind—acquired by Google in 2014—for years, particularly since it unveiled AlphaGo Zero, an AI capable of achieving superhuman intelligence without human assistance. Its latest project partners with Unity, one of the world’s leading video game development platforms, and aims to research artificial intelligence agents and machine learning, with hopes of using it to improve costly technologies like robotics and self-driving cars.

“The partnership will enable DeepMind to develop virtual environments and tasks in support of their fundamental AI research program,” said Danny Lange, the vice president of AI and machine learning at Unity Technologies, in a blog post on Sept. 26.

“Games and simulations have been a core part of DeepMind’s research programme from the very beginning and this approach has already led to significant breakthroughs in AI research,” Demis Hassabis, co-founder and CEO of DeepMind, tells the Daily Dot via email. “As a former video game designer myself, I couldn’t be more excited to be collaborating with Unity, creating virtual environments for developing and testing the kind of smart, flexible algorithms we need to tackle real-world problems.”

But there are several roadblocks when it comes to researching artificial intelligence agents that are designed to function in real-world environments. When creating advanced self-driving cars and robots, developers have to try to account for unknown conditions the agents might encounter. This partnership will allow the team to create simulated environments in which scientists can test and refine algorithms before adding them to expensive technologies, according to ZDNet.

“Many of the existing platforms, however, provide either unrealistic visuals, inaccurate physics, low task complexity, or a limited capacity for interaction among artificial agents,” a research synopsis reads. “By taking advantage of Unity as a simulation platform, the toolkit enables the development of learning environments which are rich in sensory and physical complexity, provide compelling cognitive challenges, and support dynamic multi-agent interaction.”

Unity is known for its role in the gaming world, with the logo displayed on several popular titles like Cities: Skylines, Hearthstone, and Cuphead. Recently, Unity has delved deep into research on the development of machine learning technologies, according to a 2017 blog post. Unity powers more than 50 percent of mobile games, 60 percent of AR/VR content is created using Unity, and it provides jobs for more than 2,000 employees, according to internal estimates.

DeepMind classifies itself as “a neuroscience-inspired AI company which develops general-purpose learning algorithms and uses them to help tackle some of the world’s most pressing challenges,” according to a press release. It tackles real-world issues like healthcare, working with several hospitals to apply its technology.

Machine learning is an offshoot of artificial intelligence, according to the SAS Institute. It builds on the idea that systems have the ability to “learn from data, identify patterns and make decisions with minimal human intervention.” This technology will be utilized in the project.

DeepMind has used its artificial intelligence in conjunction with video games for years. At the April 2014 First Day of Tomorrow technology conference, DeepMind debuted an AI attempting to play Breakout, a variant of Pong. It took several hundred rounds, but eventually, the AI learned how the game worked. According to a 2015 New Yorker article, the AI stopped missing the ball by round 300 and eventually managed to surpass the abilities of a regular human player.

“We believe the future of AI is being forged by increasingly sophisticated human-machine interactions, and Unity is proud to be the engine that is enabling these interactions,” Lange said in a statement.