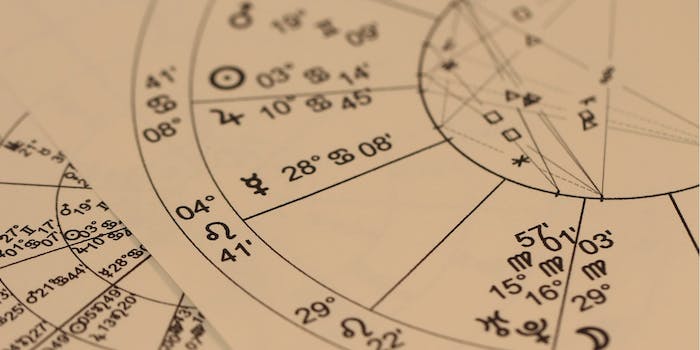 Spotify’s ‘Cosmic Playlists’ offers songs based on your astrological sign

The playlists are a collaboration with astrologer Chani Nicholas.

Music streaming service Spotify has released 12 new playlists based off of each month’s astrological sign.

Known as the “Cosmic Playlists,” the song collections were developed as part of a collaboration between the company and astrologer Chani Nicholas.

Spotify outlined in a blog post earlier this month how each music list was created, noting that the effort aims to help users “reflect and find direction in their lives.”

“Each playlist is informed by Chani’s astrological readings—which determine the particular sign’s theme of the moment—and is accompanied on [the] platform by the reading itself,” Spotify states. “Each of the twelve unique playlists is curated with songs and artists whose music reflects and evokes those themes.”

Speaking with Forbes, Nicholas said that the process begins with her suggesting several songs to Spotify and linking them to their specific moods.

“I write down the main themes and I pick two to three songs, and then they curate a playlist from there,” Nicholas said. “Their musical knowledge far exceeds mine. It’s a really nice combination.”

Nicholas added that the Cosmic Playlists can be utilized by listeners for anything from inspiration and healing to personal reflection.

“You can use it for your own personal morning dance party,” Nicholas said. “It’s a collection of theme songs for your month, astrologically speaking.”

The playlists have reportedly been highly-popular, garnering over 400,000 followers thus far.

“Astrology is about a specific moment in time,” Nicholas continued. “Each moment has a specific astrological mark, or archetype associated with it, that defines it.”

Those interested in checking out Spotify’s Cosmic Playlists can do so by visiting the company’s Pop Culture hub.