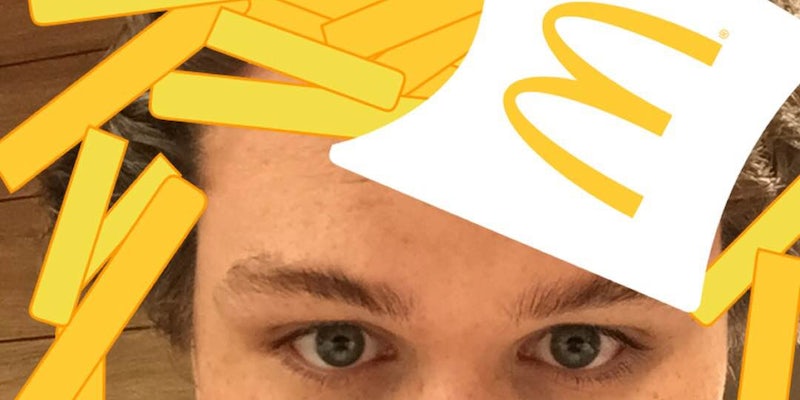 Who will actually eat at McDonald's just for these filters?

In an attempt to stay fresh and relevant with the teens, McDonald’s has partnered with Snapchat to create custom geofilters that will available for anyone snapping from U.S. McDonald’s restaurants.

McDonald’s, which saw an 11 percent decrease in revenue in the first quarter of 2015, is clearly trying to revolutionize its brand and make Millennials think that it’s a hip, healthy place to grab a quick bite.

As a serious technology journalist, I ventured down to my nearest Micky D’s, braving the loud techno music, to try out the filters. They’re…well, they’re OK. “Lovin’ Summer Fun” is a catchphrase that the teens love, allegedly, maybe, probably not. The other filters make it look like you have fries spilling onto your head.

As you might expect, while these filters were fun, they won’t bring me back to McDonald’s anytime soon.

Snapchat declined to say how much McDonald’s is paying for the promotion, or for how long it will run.