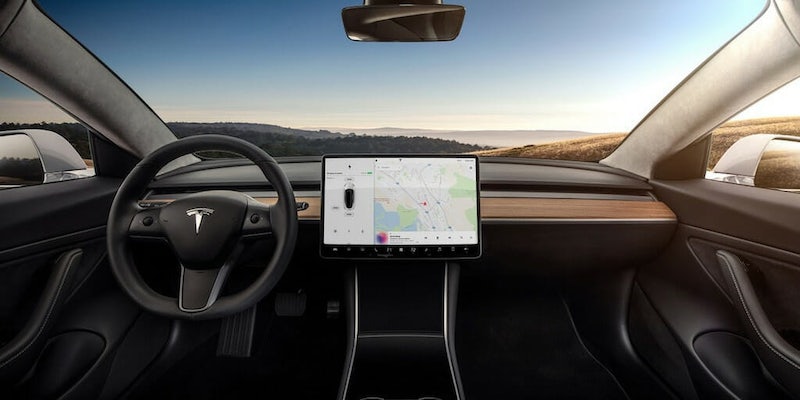 We'll be hanging out a lot more in these things by the 2040s, researchers say.

A new scientific study says the proliferation of self-driving cars will likely affect how people have sex.

The paper, published in the Annals of Tourism Research journal, concludes that humans will increasingly spend more time in autonomous vehicles, thus leading to a surge in physical activity.

Speaking with Fast Company, Scott Cohen, deputy director of research of the School of Hospitality and Tourism Management at the University of Surrey in the U.K., revealed how researchers came to the conclusion.

“One of the starting points was that AVs [automated vehicles] will provide new forms of competition for hotels and restaurants. People will be sleeping in their vehicles, which has implications for roadside hotels,” Cohen stated. “And people may be eating in vehicles that function as restaurant pods.”

With one recent study finding that close to 60 percent of all Americans have had sex in a car, Cohen argues it’s “not a big leap” to suggest that the practice will only increase.

“That led us to think, besides sleeping, what other things will people do in cars when free from the task of driving?” Cohen said. “And you can see that in the long association of automobiles and sex that’s represented in just about every coming-of-age movie.”

Self-driving cars, Cohen added, will also likely change sex-related industries such as prostitution “in cities where the governance is in place, where prostitution is legal, and regulations allow AVs to develop fast and be on roads quickly.

“Europe is one of those places. It’s not impossible or that far-fetched to imagine the red light district on the move,” Cohen added. “Prostitution doesn’t need to be legal for this to happen. Plenty of illegal activities happen in cars.”

Cohen also suggested that car manufacturers could even go as far as to design their vehicle cabins around sex in the near future.

“Of course sex sells,” Cohen stated. “And there’s likely to be a capitalization on this in terms of commercial interest.”

Sex inside autonomous vehicles, Cohen predicts, will become both normalized and a regular occurrence at some point in the 2040s, or potentially earlier.

“The whole discussion of AVs being mainstream, and a dominant form of automobile transport—that’s [predicted for] the 2040s,” Cohen said. “But if we think this through in the moment, a mobile red light district doesn’t require all the cars around it, or a majority of cars around it, to be autonomous … There’s no reason it couldn’t happen earlier.”