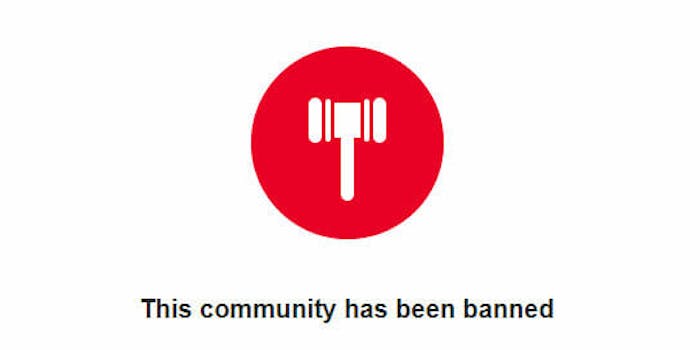 Reddit is cracking down on pirates sharing illegal copies of movies

Back in April, Reddit leaders began issuing warnings to piracy subreddits like r/megalinks for repeatedly infringing on copyright law by linking to illegal streams and downloads of movies and shows. Now, those early actions have swelled up into multiple bans across similar subreddits, marking a new push by the platform to rid itself of copyright-violating users.

Thanks to a series of copyright cases recently filed in the United States, companies now have greater leverage when it comes to taking action against repeat offenders.

Other subreddits with similar purposes have been banned as well, including r/FullMoviesOnAnything_, as well as r/TVShowsOnAnything, and r/fullmoviesonline earlier this year.

There are still at least a couple subreddits aiming to continue the business of torrenting and streaming. The Daily Dot managed to find r/MoviesOnAnything, which appears to have the same media-sharing motive. An admin post on the subreddit says that they are currently in the process of moving material over to another subreddit, r/FullOfMovies.

Two subreddits display images with clearer language on why they were banned. R/fullmovies and r/crackedsoftware both say “This subreddit has been banned for violations of Reddit’s Copyright Repeat Infringement policy.”

Reddit’s premier piracy subreddit, the aptly named r/piracy, is still alive with 260,000 users. Chances are it’ll stay that way, at least for a while, thanks to the subreddit’s use as a forum for discussing piracy and not necessarily enabling it. That may change if enough users use the subreddit to share files, which the mods currently discourage and punish.