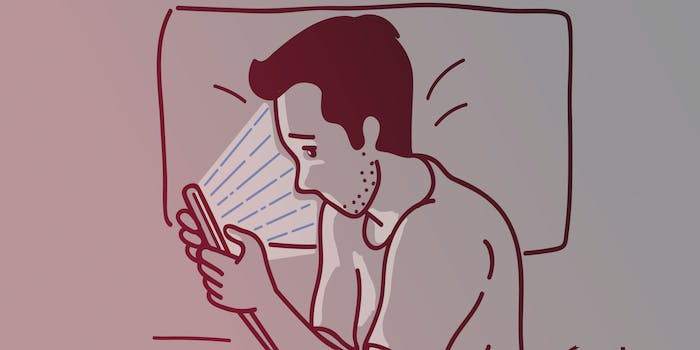 On Tuesday night, eight people were killed after a gunman opened fire on three different massage parlors across Atlanta. Six of the shooter’s victims were Asian, and seven were women.

Atlanta police have detained a 21-year-old white man named Robert Aaron Long who admitted to the shootings. He claims he committed the murders due to “sexual addiction” after “frequenting” massage parlors, according to a police press conference.

“He apparently has an issue, what he considers a sex addiction, and sees these locations as something that allows him to go to these places and it’s a temptation for him that he wanted to eliminate,” Capt. Jay Baker from the Cherokee County Sheriff’s Office said during the press briefing.

Long’s violent actions are racist, misogynistic, and whorephobic, and indicative of an online identity that’s frequently resulted in real-life fatalities. He treated Asian massage parlor workers as temptresses that he could not avoid nor control. He targeted these marginalized workers specifically and he treated them as villains that needed to be vanquished from the world for their power over him. Regardless of what any police officer says, Long’s actions are an attack on Asian sex workers.

And they stem from an online culture of men who use sex as a way to demonize women and harass sex workers.

The subreddit’s users are quick to blame marginalized women as their torturers. Men regularly claim seeing a sex worker is degrading and a “degenerate” practice; another blames a new neighbor, a “hot Asian lady,” for pulling him from “this lifestyle.”

But “sex addiction” did not cause this week’s tragedy. White men’s anger toward marginalized sex workers did. Anti-Asian racism did. Grassroots Asian and migrant sex worker collective Red Canary Song called the shootings “horrific” and “indicative of the violence that massage workers face daily.”

“These deaths somehow mean more because of the rise in anti-Asian violence related to COVID-19, but no mention of how they’re connected to the long policing of Asian sex work, which so many Asian Americans and those speaking up against anti-Asian hate endorse,” the organization tweeted.

The “sex addiction” model is not just an excuse for Long’s actions. “Sex addiction,” as a concept, targets the most marginalized sex workers among us and encourages this sort of violence.

Psychology Today‘s David J. Ley calls “sex addiction” a “debunked treatment model” with “mounds of modern evidence showing that it has more to do with moral and religious conflicts.” Despite this, sex addiction lingers. It allows men to blame others—usually sex workers—for their sexual hang-ups. It’s also a convenient way for whorephobes to argue seeking out sex workers is an evil, unnatural impulse men must resist, whether through an expensive 30-day self-help retreat or a trip down the fascist pipeline.

NoFap tells these lies. It claims men are good and pure, but sex workers pollute them. If only men can break the power that women have over them. It’s not just a powerful tool for recruitment into white supremacist gangs like the Proud Boys, but a way to enable and encourage the policing of sex workers of color.

“Paying for sex, going to strip clubs, using sex chat-lines and viewing pornography have all been invoked as criteria for sex addiction, without any empirical data showing that men who do these things do, in fact, have disordered sexuality,” David J. Ley writes for Psychology Today.

But this bigotry will not go away; it must be resisted and removed from our online spaces. The NoFap model is nothing more than a breeding ground for racism, misogyny, and whorephobic violence. It’s time we take it seriously and close up its pipeline into violent behavior once and for all.