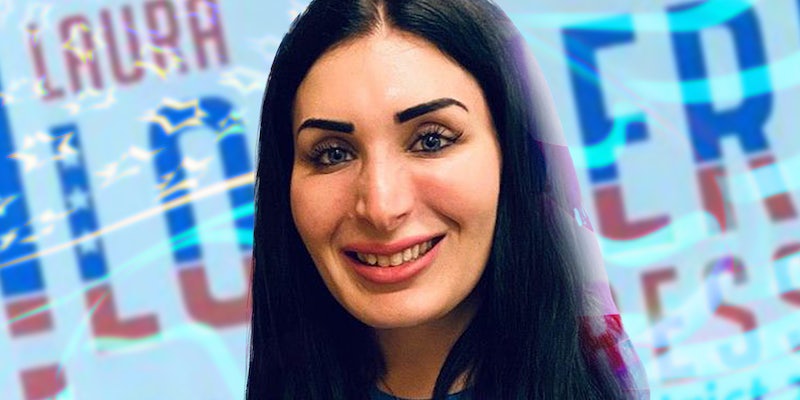 Loomer will not be going to Congress.

Loomer, who calls herself an investigative journalist, ran as a Republican in a heavily Democratic district in South Florida. She was all but guaranteed to lose against incumbent Rep. Lois Frankel (D-Fla.), a result that was confirmed this evening.

Throughout her campaign, which included appearances by Roger Stone and Milo Yiannopoulos, Loomer cast herself as a proudly Islamophobic champion of free speech. The latter claim is mostly based on her being kicked off every major social media and fundraising platform. The former, well, she said it, as the Independent reports.

Though many considered her campaign something of a joke, the 27-year-old Loomer did manage to pull off a primary win and attract high-level conservative donors.

Angelo Carusone, president of Media Matters for America, told the Daily Dot that Loomer also benefited from numerous appearances on Alex Jones’ shows on InfoWars. “What he did for Laura, which can’t be underestimated, is increase her reach,” Carusone said.

President Donald Trump used her email list to raise money earlier this year and he apparently voted for her, as his Mar-a-Lago home is in her would’ve-been district and he told media he voted straight Republican.

Alas, neither Jones’ help nor the president’s vote were enough to tip the scales in Loomer’s favor.

Loomer has not yet made an official concession or comment.