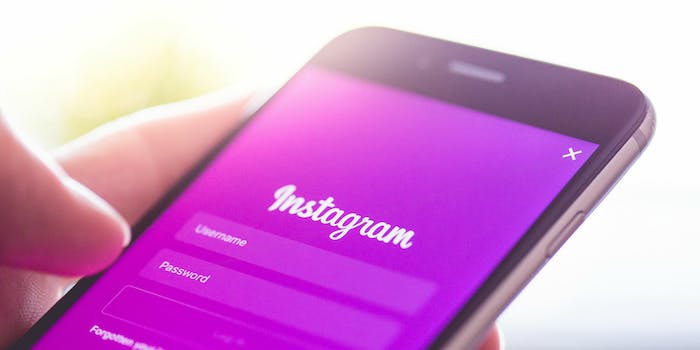 Instagram proclaims it's customizing your feed to meet your needs.

While Instagram’s relevancy-sorting algorithm has been widely hated by users since the app made the switch from its reverse chronological feed, Instagram itself says users see 90 percent of their friends’ posts, according to TechCrunch.

Before the algorithm change in July 2016, Instagram said its users missed 70 percent of all posts and 50 percent of their friends’ posts. Now, the app said it’s also seen an increase in the time users spend on the app.

Instagram feels so confident about its algorithm, it invited reporters to visit its headquarters to hear exactly how the algorithm works. To customize your feed, Instagram relies on machine learning based on your past behavior—so even if you follow the exact same accounts as someone else, you’ll still have a personalized feed based on how you interact with those accounts.

To build that personal feed, Instagram analyzes your recent likes and how frequently you’ve interacted with the poster before determining whether to display a post. Additionally, Instagram takes into consideration how new the post is, how often you open the app, how many people you follow, and how long you spend on the app once you’ve checked it.

The Instagram staff also addressed some common questions and theories its users often ask. For example, Instagram confirmed it does not plan to add an option to have the reverse chronological feed because it doesn’t want to add complexity to the app. The staff also said it doesn’t work against people who post more frequently, use a lot of hashtags, or maintain a business account, nor does it work in favor of people who use Stories or the Live feature.

Sooo over the @instagram algorithm! Please go back to chronological feed!

TechCrunch predicts that despite the app’s step forward in transparency about its algorithm, users will still feel like their posts are getting drowned out as more and more people join the app. Business accounts will soon find that they need to buy ads, and while that may frustrate them, TechCrunch said it’s just the inevitable consequence of increasingly popular algorithmic feeds.

Editor’s note: This article has been revised to remove similarities to TechCrunch’s original report.