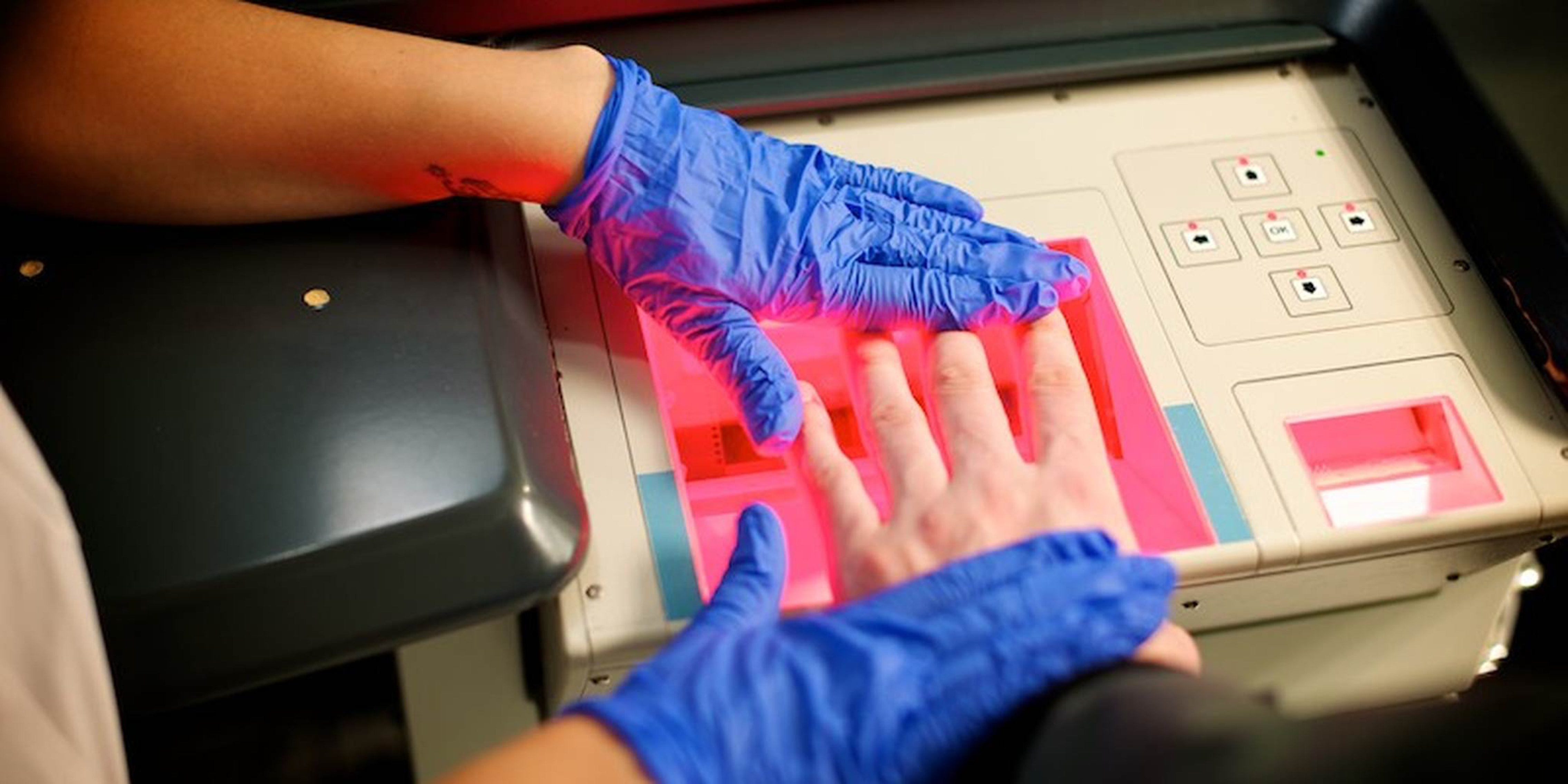 Can you find the love of your life with a gene-matching app?

Expect to get a ton of sketchy messages complimenting your sexy neurotransmitters.

If you’re a frequent user of dating apps, you’ve probably gone on more snooze-worthy Tinder dates and painfully awkward OKCupid meetups than you can count.

But what if there were a way to determine if you’re compatible with a potential hookup buddy, or even a long-term romantic partner, before meeting up IRL? What if you could whittle down the pool of your potential Tinder matches beforehand, so you’d never have to listen to someone drone on about their siblings or job or fraternity grossout stories while you try not to fall asleep in your beer?

Instant Chemistry is proposing that there is. The Toronto-based biotech startup combines genetic analysis and psychological assessment to determine your compatibility with a prospective match. In a few weeks, cofounders Jeremy Bluvol and Ron Gonzalez will team up with the dating website Singldout to offer DNA kits to users, which involves filling out a brief “personality assessment” and providing a saliva sample into a tube. 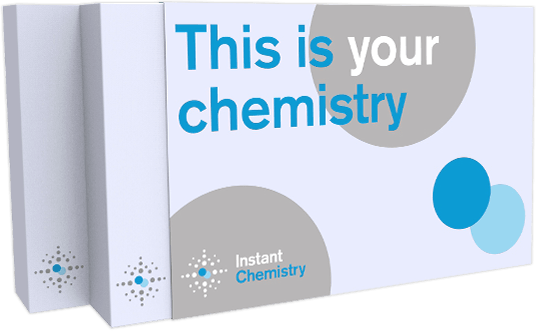 Instant Chemistry is sending DNA kits to all Singldout users, so if you click on someone’s profile, you’ll get a full assessment of your compatibility with that person, as well as a brief prediction of what your relationship would be like. “It’s a good tool to understand more about your partner and where you may be compatible or incompatible, and try to mitigate those incompatibilities going forward,” says Bluvol.

Online dating can be overwhelming, and the purpose of Instant Chemistry, says co-founder Gonzalez, is to whittle down your prospective matches. “There’s a huge amount of unpredictability when you meet someone and you’re trying to determine whether you have chemistry or not,” he says. “If we can reduce that unpredictability even by 20 percent, that’s a huge saving of your time and effort while you’re trying to find a partner.”

Using DNA as an online matchmaking tool sounds crazy, or at the very least crazy invasive. (If it’s any comfort to privacy advocates, Gonzalez says the DNA testing is conducted in an accredited lab, and is destroyed immediately after analysis. They also say they test just for compatibility, not for things like predispositions to certain diseases.)

But the basic concept behind genetic matchmaking is far from unprecedented. Services like Gene Partner, a Swiss DNA-matching website that assesses partner compatibility, have been around for years; there’s also Love Gene, a U.K.-based startup with the tagline “bringing the chemistry back into dating.”

The basic science of DNA-matching is based on how compatible your immune system is to that of your partner. Basically, your immune system is regulated by HLAs, or human leukocyte antigens. Different people have different HLAs, and studies have determined that people may be attracted to those with HLA profiles that are highly dissimilar to their own. In short, when it comes to compatibility, the science ultimately boils down to the dictum “opposites attract.” (Instant Chemistry is somewhat unique in that it doesn’t just analyze HLA compatibility; it also offers a personality assessment and looks at the genes that regulate the reuptake of serotonin to determine overall compatibility.)

“If you meet somebody your basic instinct will tell you that you want this person to have an offspring that is resistant to diseases,” explains Dr. Tamara Brown, the founder of Gene Partner. “So let’s say I have five different HLAs with can recognize five different germs. If my partner has the same HLAs, that means our children will be able to recognize these five germs, but not five other ones. In simple terms, you want a partner with a more diverse immune system than yours.”

Here’s where it gets really interesting (or gross, depending on how you look at it). There’s a relationship between HLAs and body odor, which, like HLAs themselves, vary widely from person to person. Every individual has a unique scent that’s dictated by their immune system, and scientists have concluded that people use scent to subconsciously determine whether a potential mate will pass on favorable traits to their offspring. This is the reasoning behind “pheromone parties,” a phenomenon where singles try to select a mate by sniffing other guests’ smelly T-shirts.

These findings stem largely from a 1995 experiment by Dr. Claus Wedekind, a Swiss researcher who conducted what is now known as the “sweaty T-shirt study.” In the study, Dr. Wedekind asked a group of female college students to smell a bunch of T-shirts that male participants had worn over the past two days, without wearing deodorant, cologne, or scent product of any kind. Wedekind found that the women preferred the T-shirts worn by men whose HLAs were dissimilar to their own. The reasoning for this, Wedekind surmised, was that the women would be more likely to produce healthy offspring with partners who had vastly different DNA, which they could subconsciously identify from the smell of their sweat.

Wedekind’s study served as the inspiration for services like Gene Partner, which Brown says now has 3,000 to 4,000 couples in their database. But some scientists are critical of the idea that smell plays that crucial a role in mate selection, or that determining romantic compatibility is as simple as analyzing two people’s DNA. When it comes to the idea that humans emit so-called “pheromones” that make them irresistible to the opposite sex, “there really is no good biomedical literature supporting that,” says Dr. Charles Wysocki of the Monell Chemical Senses Center, which studies the science of smell.

In reality, although we know that other species emit pheromones to attract mates, scientists have not yet determined whether humans do so as well, let alone if they would play a role in mate selection. The word has largely been bandied about as a marketing tool to sell perfumes and deodorants. “That doesn’t mean that [odor] doesn’t contribute to potential mate choice. It may in fact do that,” Wysocki notes. “But there’s no good scientific evidence to support that.” He’s particularly dismissive of the concept of “pheromone parties,” calling them “a fun and interesting way to break the ice in a potentially stressful social situation. That’s about all I can say about it.”

For their part, DNA-matching services like Instant Chemistry and Gene Partner say they’re not claiming that your genes are the only predictor of compatibility. “Love is obviously very complicated,” says Gonzalez. “ There’s no love gene to decide who you should be with. That’s not what we’re trying to do. We’re just trying to give you something better than a profile picture and someone saying, ‘Oh, I like long walks on the beach,’ which really don’t give you any insight into that person.”

But the question is, does knowing how many HLAs you and a prospective partner share provide that much more insight than a three-sentence profile? That’s unclear: While Brown and Gonzalez say both of their companies have tested couples in the early stages of their relationships who ended up getting married, Gene Partner doesn’t follow up with individual couples, and Instant Chemistry says it is still in its “early data-gathering phase.” But they both say they hope the technology becomes more widespread on online dating sites—so the next time you scroll over someone OKCupid’s profile, you might learn a whole lot more about them than their love of Star Trek and current employment.