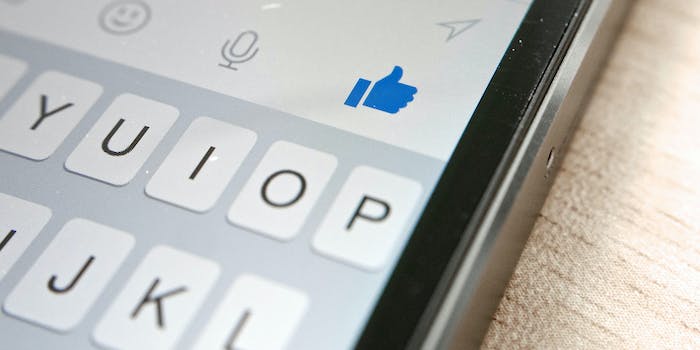 How to secretly check Facebook messages without the other person knowing

It's easier than you think.

Social apps like WhatsApp and Facebook Messenger make it easy to communicate, but they also make it easy to tell when someone is ignoring you. Thanks to read receipts—the little notifications that tell you when someone had read your most recent message—it’s virtually impossible to hide the fact that you read someone’s greeting and decided to ignore it. That is, unless you know the tricks.

How to read Facebook messages without the other person knowing

Both Facebook Messenger and WhatsApp push new messages to your device, rather than waiting for you to open the app and fetch new messages. This means that, regardless of whether or not you’ve checked a message, the data arrives on your device almost instantly.

This system also makes it fairly easy to read a message without actually opening it and triggering a read receipt. 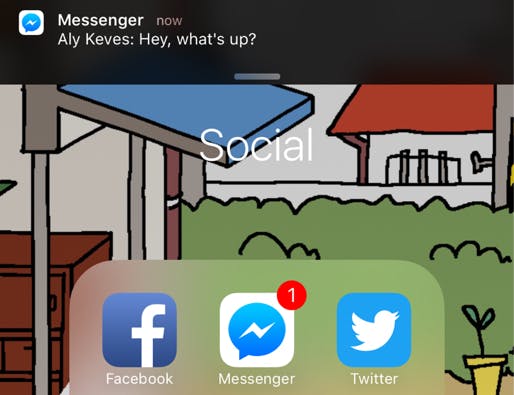 If you have banner notifications enabled on your device, you might be able to catch a message or two as it’s being delivered to your notification screen without actually opening the messaging app. This can be a saving grace if you’re trying to ignore someone but don’t want them to know it. 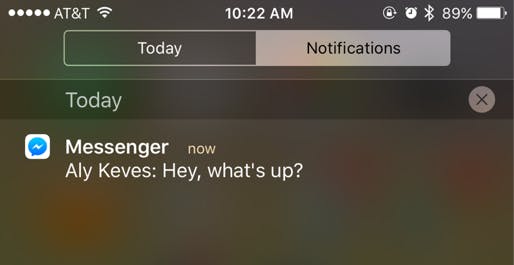 However, multiple messages usually push older messages out of your notification screen, and if messages are received in rapid succession it’s often difficult to actually catch them without opening the app and blowing your cover. That’s when you have to get a bit creative.

2) Put your phone in Airplane Mode

Since the messages that you want to check are already on your device, all you have to do is prevent the app from knowing that you’ve checked them, right? The only way it can relay that information back to your unwanted conversation partner is via the internet. Thankfully, Airplane Mode can rescue you from this sticky situation.

Enable Airplane Mode to temporarily kill your internet connection. Once you’ve done so, you can check your messages freely without worrying about sending that pesky read receipt. This trick works in both Messenger and WhatsApp. 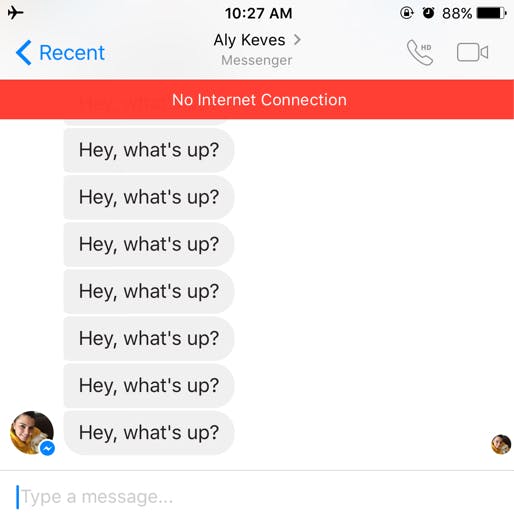 You’ll be able to see everything the sender wrote, but they won’t know it. On their screen, your read receipt will not appear, even after you’ve turned off Airplane Mode and reconnected to the internet. 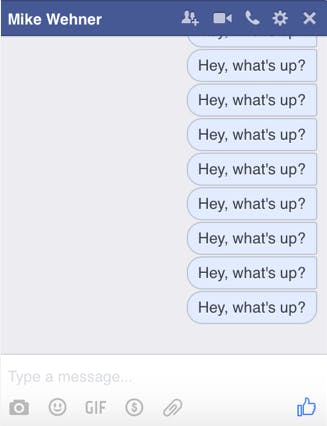 Airplane Mode is a super-convenient little trick for seeing what someone said without actually engaging them in a conversation—especially if you’re worried that you’re going to seem creepy by constantly checking their messages as soon as they send them. It’s OK, we know your secret, but we won’t tell anyone. We promise.