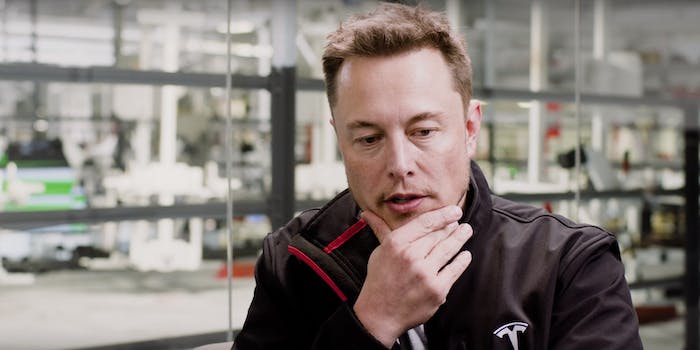 The Tesla CEO's ringtone is a video game Easter egg.

Elon Musk, the man humanity is relying on to reduce emissions, fix inefficient transportation infrastructure, and colonize Mars before the AI apocalypse, just made one very silly blunder on social media—or at least, it appears that way.

The outspoken CEO appears to have accidentally posted his phone number in a tweet to Oculus VR chief technology officer John Carmack. The tweet, in which Musk asks Carmack to give him a call, was posted publicly and made visible to the Tesla CEO’s 16.7 million followers. It was predictably screenshot by dozens of people before Musk deleted it. Multiple news outlets have confirmed via public records that the number is linked to Musk.

Of course, fans of Musk and curious journalists couldn’t help but give the number a call. When a reporter at CNBC dialed the number, they were greeted not by the eccentric Tesla CEO but by a video game Easter egg. Musk’s ringtone music (or voicemail greeting) is a secret recording by God of War creator David Jaffe.

“By the Gods you’ve done it,” it starts. “Somehow you’ve found your way here to me. I offer you my congratulations and my respect.”

You can hear the message in its entirety here.

The ringtone does seem to fit Musk’s personality. He has placed a number of video game Easter eggs in his products and spoken about his love for games like Overwatch and BioShock in several interviews.

But it seems strange for Musk to have a personal ringtone that congratulates people for finding him. You also wouldn’t expect a CEO as tech-savvy and meticulous as Musk to carelessly post his number to the world. Considering his past actions, it’s not easy to tell what the business magnate is up to. Who knows, maybe this was an epic marketing stunt for a new virtual reality God of War game. But if it is his real number, don’t expect it to be for much longer.