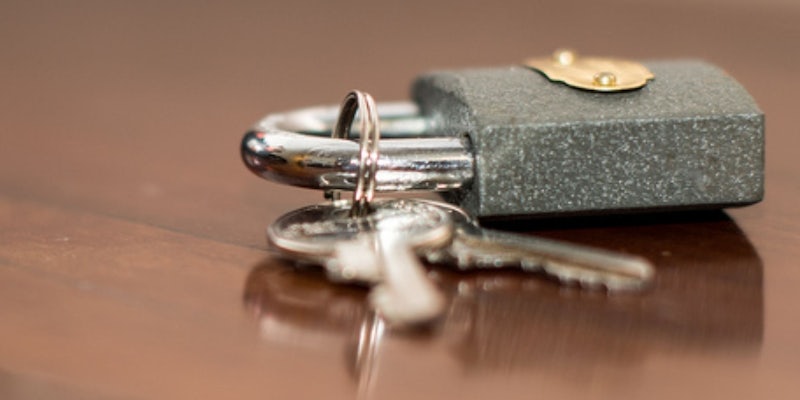 When Edward Snowden first contacted journalist Glenn Greenwald in early 2013 about leaking thousands of classified documents, he wanted to use powerful encryption to ensure that intelligence agencies like his former employer, the National Security Agency, couldn’t intercept the conversation and leaks.

Problem was, Greenwald didn’t know how to use so-called PGP encryption. Snowden even created an instructional 12 minute video for Greenwald complete with diagrams and voice obfuscation, so that he could learn how to protect his communications. You can watch that video for the first time below. The video, which was posted online more than a year ago, resurfaced this week, alongside Greenwald’s new book, No Place to Hide, which came out Tuesday.

But Greenwald has said he couldn’t even finish the video sent to him when the two first began communicating with each other. It took Greenwald several more months and help from experts before he could learn relatively basic tools like PGP encryption. (In the video, Snowden can be seen using GPG4Win and Tor, two well-known privacy tools.)

It’s not difficult to see why Greenwald didn’t finish the video. The manipulated voice is hard to follow, the diagrams difficult to understand, and the message long and rambling. It’s not Snowden’s fault, however; email encryption just a genuinely tough concept to explain in full to a layman.

Greenwald’s story is hardly unique. Even though some truly powerful privacy programs already exist, getting normal human beings to use them is proving to be one of the biggest hurdles of all.

Luckily, the usability problem has long been recognized. More and more developers are working to make powerful encryption tools easy, so that even mom, dad, and Glenn Greenwald can communicate without much worry on the Internet.

Correction: An earlier version of this article stated that “release” of the above video above coincided with the release of Greenwald’s book. Instead, the video was posted a year earlier, but resurfaced on the same day No Place to Hide debuted. It is also unclear what username Snowden used when he sent the video. The article has been updated to reflect these changes.