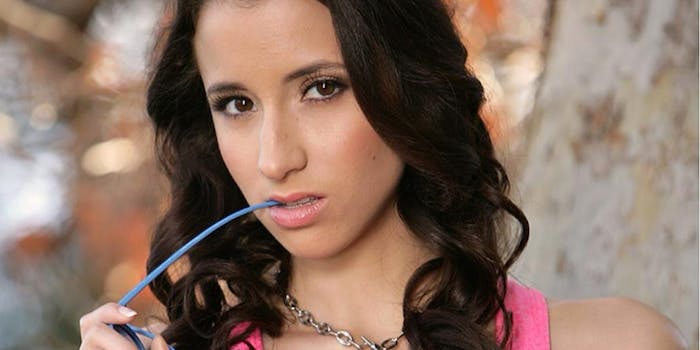 “If he thinks I am a soft target, he’s going to be surprised.”

Earlier this month, Pakistani bureaucrat Abdul Batin of the Pakistan Telecommunications Authority (PTA) successfully convinced Twitter to remove “blasphemous” and “unethical” content from the site in Pakistan, including images of the Prophet Muhammed, political speech, and the NSFW photos on three adult performers’ accounts.

“I believe Mr. Batin has a problem with me because for whatever reason, I am his poster child: a woman with her own agency and free expression, some icon of perceived cultural degeneration that he feels he can censor to feel better about himself,” Knox recently wrote in an email to Forbes. “If he thinks I am a soft target, he’s going to be surprised.”

Knox herself acknowledges that the removal of the photos on her account pales in comparison to the widespread censorship of political thought and speech throughout the country: “My own curtailment of free expression in Pakistan seems very small on the greater world stage, where political groups based in sovereign countries are being silenced,” she writes.

But like many of the free speech activists who spoke out against Twitter ceding to the PTA’s demands to restrict content on the Internet, Knox believes that the censorship of her account sets a dangerous precedent, possibly curtailing the growth of future social media activism on the platform.

“Twitter likes to state that it is an instrument for positive social change but whenever it serves to enable oppression any good it does is erased a thousand fold,” she writes. “The precedent that this action sets is troubling: If Pakistan can censor people on Twitter for offensive content, presumably it could do so for revolutionary content among the people of Pakistan as a method of social control.”