When not working as a storyboard artist for The Simpsons, Liz Climo is creating some of the funniest and most heartwarming comics on Tumblr.

During the day she’s in Springfield, the fictional American city from The Simpsons where she works as a storyboard revisionist.

At night, she sojourns a colorful world full of talking dinosaurs, birds, and bears as a Tumblr comic artist.

Climo’s comics reflect a childhood love for animals that has followed her through adulthood. Her quaint illustrations feature delicately drawn animals chatting about life’s foibles, the latest celebrity gossip, and the Mars rover landing—just like everyday people. Instead of featuring these animals in their natural habitats, Climo’s comics often have no setting, forcing the readers to use their own imaginations.

“If I hear something or see a situation that is easily relatable and simple, it’ll usually spark something in my mind like, ‘Hey, this might be sort of funny if an animal were dealing with this,’” Climo told the Daily Dot. “If the idea is especially ridiculous (which it often is), hopefully the drawing is funny enough that, even if there isn’t much of a joke there, the final product is still appealing and relatable in some way.”

Climo has always been immersed in art. Her grandmother wrote children’s books. Her mother and sister both worked as illustrators. And her sister, Mary Alice, was married artist Mark Rothko. Inspired by her favorite childhood comic Calvin and Hobbes, Climo applied—but wasn’t accepted—to San Jose State University’s animation program. That missed opportunity, however, turned out to be a blessing in disguise, leading to an opportunity to audition for The Simpsons.

Now eight years later, Climo works a storyboard revisionist, cleaning up characters to screen at Fox. In her free time, she creates comics.

But like many artists, Climo did not share her work with the world until her husband Colin inspired her to start a blog to feature her illustrations. She ended up choosing Tumblr, where she hit eventually hit it big with her turtle and rabbit comic in March.

“A week or so after I posted that comic I noticed it had gone up to 100 notes, then 350, then within a day had gone up to 10,000,” she said. “I was in complete shock, and I hadn’t even signed or watermarked the original. (I didn’t expect it to get so much attention.)

“I’ve seen a lot of different versions of it at this point, in several different languages. [Star Trek star] George Takei even posted it to his Facebook page, which was awesome, even though my name was missing and the caption was rewritten.” 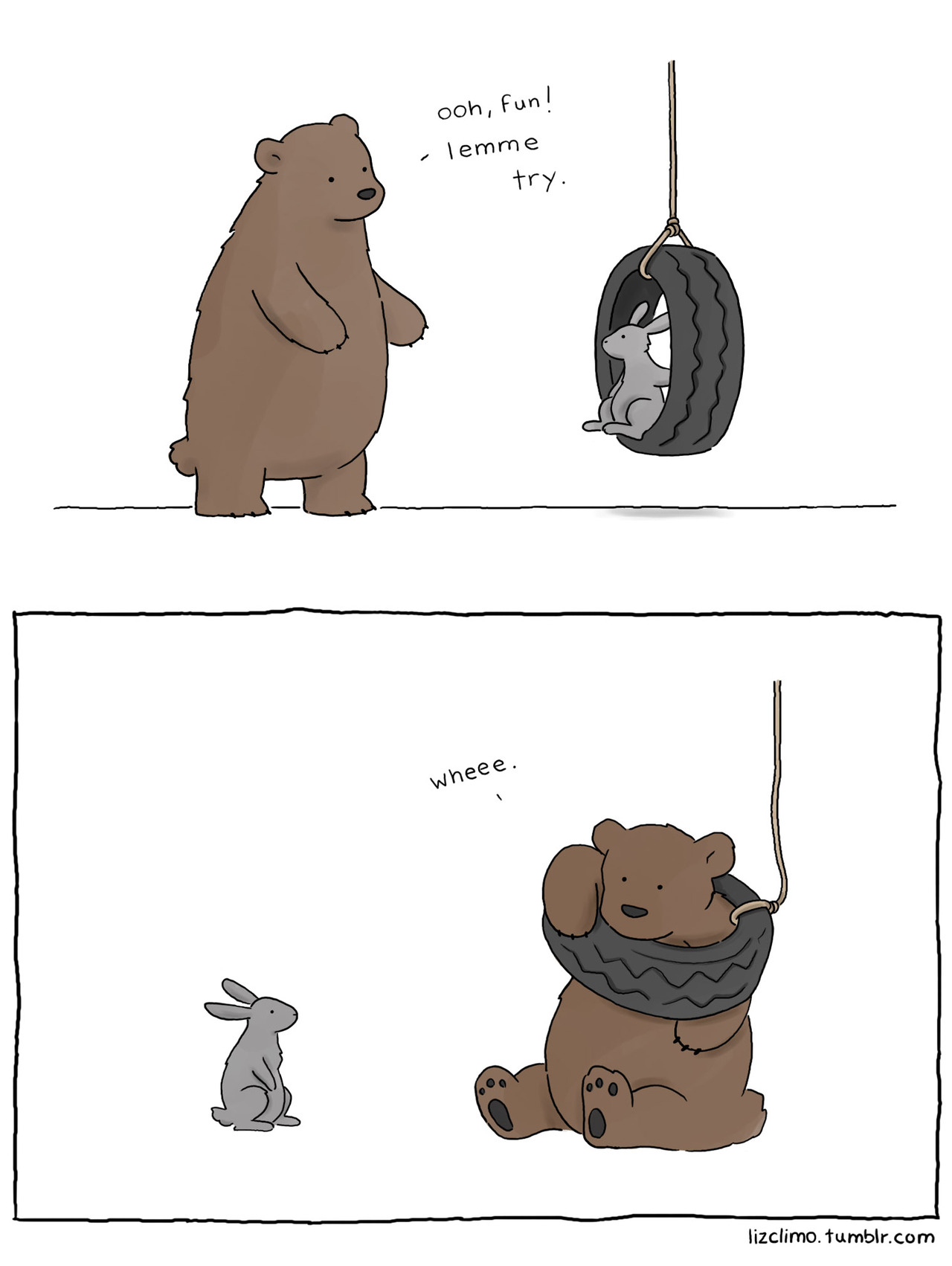 Climo’s comics collect thousands of notes a day. In August alone, her 11 illustrations have collected more than 110,000 notes total.

Like the animals in her comics, the entire experience has been surreal.

“I can’t remember a single time in my life where I thought I’d be anything other than an artist,” she said. “I am pretty surprised by the response I have gotten on Tumblr so far, but am extremely thankful and appreciative. These comics are dedicated to everyone. Hopefully they make you smile, because smiling is fun.” 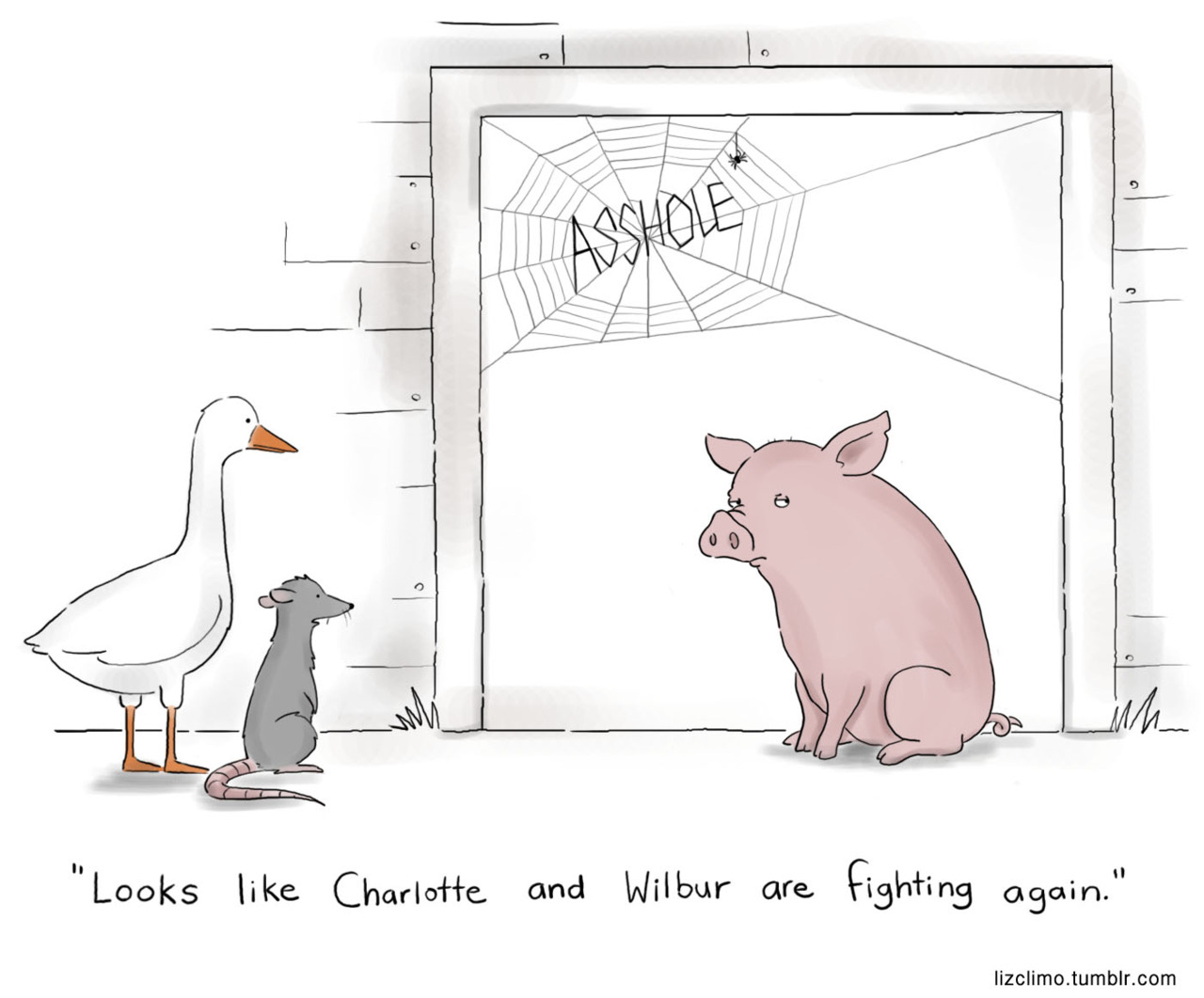