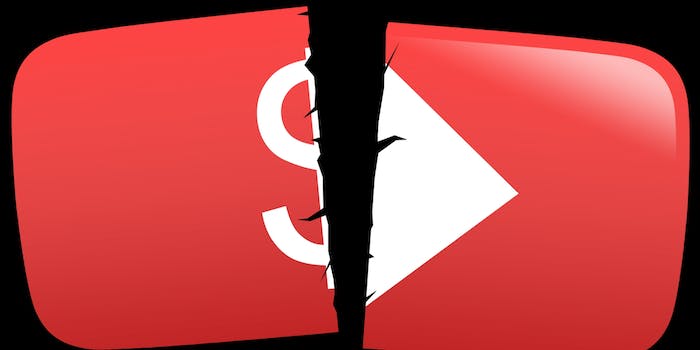 In return for distributing videos, YouTube takes a hefty fee from its content creators. But what are the long-term costs?

As video-based media continues its migration from the airwaves to the Web, there’s absolutely no ignoring the towering behemoth that YouTube has become. It accounted for 60 percent of all videos viewed online even before Google sought fit to buy it.

But now that it’s taken full advantage of Google’s money and resources, YouTube has emerged as a powerhouse for generating and distributing content on an unprecedented scale. It only makes sense that various entertainment and media publications have taken an interest in learning its inner workings. They want to know about the money, and why wouldn’t they? Sure, we all love entertainment and storytelling and its power to connect us all, but people also have to earn a living. And it just so happens that some have started using YouTube to do just that.

At the center of this discussion is YouTube’s controversial 45/55 revenue split. In other words, when a creator uploads a video to YouTube and enables ads on it, YouTube takes 45 percent of the revenue from that ad sale, and the creator takes the rest; 45 percent is a hefty fee, no matter how you try to justify it.

As it stands, a mobile app developer or a musician only has to fork over 30 percent when using a platform like iTunes. That 55 percent gets even smaller when the creator is signed with a Multi-Channel Network (MCN), which is a company that provides representation as well as certain protections. So, in reality, most top name creators only see about 38 percent of the ad revenue from their own content.

To make matters worse, the metric that determines the actual cost to advertise on a video (the CPM) is more often than not completely out of the creator’s control. The price is negotiated between the advertiser and Google, which is one of the reasons why creators such as Olga Kay have chosen to churn out up to 20 videos a week.

This 45/55 split has ruffled the feathers of many creators, and even driven a few to speak out. Not surprisingly, other apologists have attempted to come to YouTube’s defense, attempting to justify the split. Common arguments include one or more of the following:

1. YouTube has one of the biggest audiences of any video platform.

3. YouTube has many programs that provide creators with production resources and support.

5. If the revenue split is so bad, creators shouldn’t have gotten on YouTube in the first place.

Simply put, YouTube doesn’t have any viable competitors, which is why it can essentially charge creators whatever it wants. That’s how a monopoly works. The minute you introduce true competition, suddenly Google manages to make due with less. Remember how much a percentage iTunes takes off the top of their purchases? 30 percent. What about Google Play, Google’s supposed iTunes rival? How much revenue does the company take from that platform? 30 percent.

YouTube will, of course, attempt to use its various analytics, programs, and funding as an attempt to justify their hefty portion of the profits. But the vast majority of YouTube’s analytics tools come thanks to the fact that they are now owned by Google. You can make use of most of the very same tools for any other website, thanks to Google Analytics. Not to mention that every dollar that YouTube spends on its content creators also benefits the bottom line.

Any enhancement in content or quality drives more traffic to the site, which makes them more money in turn. I say this as a content creator who has benefitted directly from more than one of YouTube’s assistance programs. But for every dollar that they’ve spent on me and my partner, they’ve made four times that in return, and there are thousands upon thousands of creators out there who post videos on the site and are not fortunate enough to be chosen for one of its prestigious programs.

Unfortunately, YouTube’s 45 percent commission doesn’t just impose on its talent. At best, you have cases like Olga Kay, where creators are able to use their influence to supplement their income and turn vlogging into a viable career path. That said, should a creator start losing that influence, or experience some other sort of unexpected, life-altering event, they can very easily find themselves in financial trouble (YouTube musician Chris Thompson is a perfect example).

Keep in mind, too, that Thompson and Kay are both one-man operations. Imagine how much of a challenge it must be to produce a web series that’s hosted on YouTube, complete with talent and crew and sets and locations and the like. One could argue that YouTube’s revenue split is one of the main things preventing it from becoming an even more formidable competitor to outlets like Hulu and Netflix, but that’s a whole other discussion entirely.

The bottom line is this: YouTube certainly has the audience and the traffic flow to get away with charging creators 45 percent of their ad revenue, but that doesn’t mean that it should. Sure, it may mean more profits in the short term. But in the long term, it won’t just be the creators who suffer.

RJ Aguiar is a blogger and YouTube vlogger best known for his videos on the channels “shep689” and “TheNotAdam.” He is also the co-founder of NotAdamAndSteve.com, and an author who has been featured on Advocate.com, Gay.net, Towleroad and in Thought Catalog’s best-selling essay anthology BOYS.