Would you have sex with a robot?

Admit it. You probably would.

In an online poll of 2000 British adults, almost one in five admitted that they would have sex with a robot. But the real number of people who would turn to a mechanical partner for some private hanky panky is surely much, much higher. All it takes is a quick look at history, psychology, and science fiction to know that.

Mechanical sex toys have been around for a very long time. They aren’t quite “robots,” but machines that perform the function of sexual stimulation have been in existence as long as there have been machines. 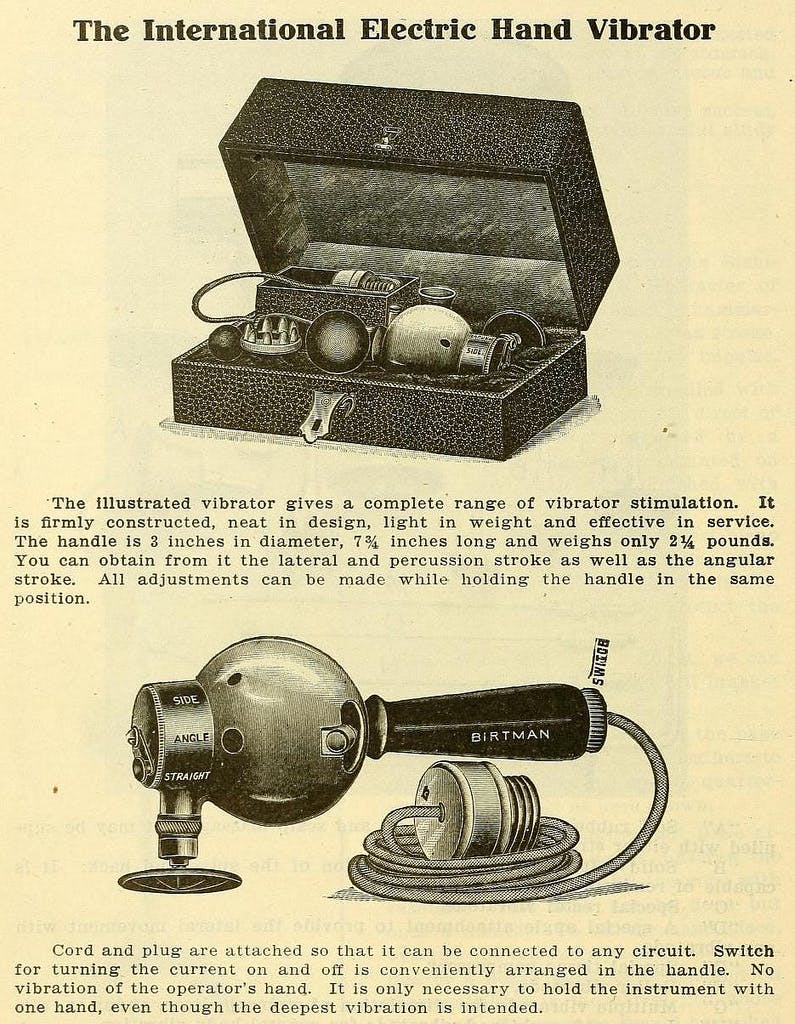 Photo via Ephemeral Scraps/Flickr (CC BY 2.0)

As our technology improves, it is only natural that our sex toys do as well. The IndieGogo fundraiser for “Autoblow 2: A realistic robotic oral sex simulator for men” has raised over $220,000 as of the writing of this article. Its goal was a modest $45,000. Can it really be very long before our sex machines come equipped with memory chips to learn what we like and voice synthesizers to tell us what we want to hear?

Of course, the difference depends mostly on what’s going on in your head, not so much the object with which you are copulating. This is true of your liaisons with humans as much as it is true of your trysts with contraptions. Much of the allure (and difficulty) of sexual encounters lies in the tension between seeing the other person as a sentient subject with his or her own desires, on the one hand, and seeing that person as nothing more than an object of our own desires, on the other.

Philosopher Martin Buber wrote, in his book Ich und Du (usually translated as “I and Thou”), that there are two essential ways that we can relate to the world around us: there is the I-it relationship, where we interact with things in our environment as mere objects, and there is the I-thou relationship, where we feel an empathic connection or bond with whatever or whoever we are engaging.

What determines whether we are engaging in an I-it or I-thou relationship isn’t just a matter of whether we talking about a relationship with a rock or a person. It has to do with the attitude that we take and the way we feel about our connection to the “other.” When you approach your partner purely as an object of lust, a physical thing that you can use to satisfy your desires, then you are engaging in an I-it relationship with your partner.

What makes robots different from sex toys, and for some people what makes them creepier, is that robots trigger us to make the opposite kind of psychological flip-flop: like a mirror-image of classic sexual objectification, robotic sexual partners encourage us to look at mere inanimate objects as sentient, conscious, willful, and desirous.

It isn’t as tough as you might think. The more traits any object has in common with humans, the more likely we are to assume that the object has feelings, has desires, and even has an independent free will. This phenomenon, studied by psychologists as anthropomorphism, is deep-seated and driven by the most basic mechanisms in our brain. We can’t help it: give something a voice, a face, and make it move like a human being, and we will make all kinds of assumptions about its thoughts, feelings, and intentions.

In fact we do this with people, as well, especially during sex. All sexual encounters (and all romantic relationships, for that matter), involve a certain amount of fantasy. The image you have in your head of the person you are involved with is always a grab bag of your own projections, assumptions, desires, and expectations, alongside (hopefully) some of traits that genuinely belong to the person in question.

With just the right robotic companion, you would likely act no differently than you already do with your human partners during sex, responding to them with a complexity of desires.

This theme is explored beautifully in the classic tale of human-machine coupling, Silver Metal Lover by Tanith Lee. Told from the point of view of a rich, spoiled teenage girl named Jane, it is a story about falling in love with a robot, one programmed to make its owner happy in any way it possibly can. Throughout the novel, Jane is caught up in a whirlwind of emotions, being both entranced by “Silver,” the robotic companion, and disgusted by him––because he is, after all, just an object acting out a program.

Jane feels she is in love, and what she wants more than anything else is to believe that Silver can transcend his programming and genuinely love her in return. Because the robot is programmed to fulfill the desires of its owner, quite naturally it falls in love with her; it’s hard-wired to do so. Over the course of the novel, Jane embarks on a desperate quest to prove to herself that the robot’s love is real, and not just a reflection of her own desires.

What makes Silver Metal Lover such a compelling story is that it isn’t about robots—not really. It’s about the way we use our deepest and most desperate desires to create fantasies about those around us. It’s about the way sex and romance pivot on seeing what we want to see in our partners, falling in love with our own reflection.

This is story as old as time. It is the myth of Narcissus, looking into the pool as he becomes transfixed by his own image. The basic psychology is built into our brains: give us robots that tell us what we want to hear, do the things we want them to do, and seem just human enough, and we will respond to them as if they are human.

Will you fall in love? Perhaps not. But when the right robot comes along, with just the right shape, who says and does just the right things, basic human psychology says you will definitely want to have sex with it.