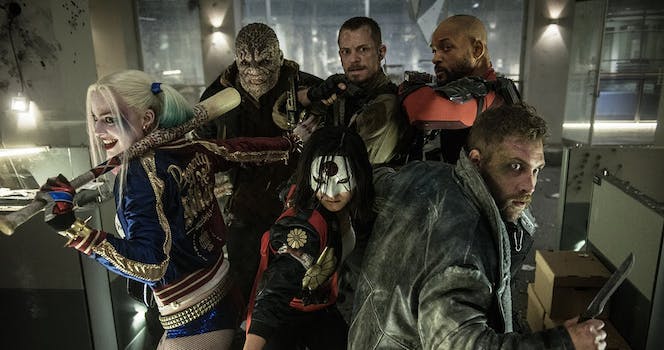 American critical darling Woody Allen is in the news yet again with allegations of an inappropriate relationship with a teenage girl, this time Mariel Hemingway. The actress claims the acquaintance she struck up with her middle-aged director and co-star in Manhattan (1979) turned into something darker when he invited her to Paris; she realized that he wanted to take their fictional relationship into the real world. Her accusations are included in her memoir, Out Came the Sun, further proof that Woody Allen has a problem with women, specifically with younger women and teenage girls on the cusp of adulthood. The reaction on Twitter was a mix of outrage and a lack of surprise.

Mariel Hemingway says Woody Allen tried to seduce her when she was 18, which in the wake of the Cosby news feels less creepy than it should.

Hemingway is far from the first woman to come forward with sexual harassment allegations against Woody Allen—and she’s not the first woman involved in a troubling relationship with Allen at a young age. In 1954, for example, Allen married then 16-year-old Harlene Rosen at the age of 19. While the age difference between the two was relatively small and Rosen claims she didn’t feel exploited, the marriage seemed to be the first in a line of relationships that involved chasing after young girls. The two divorced in 1959, and just a few years later, he was mocking his ex-wife for being sexually assaulted outside her apartment.

While Mariel Hemingway may have been Allen’s fictional girlfriend in Manhattan, legend has it that the May-December romance in the film was based on a real-world relationship, that with Stacey Nelkin, then 17. Allegedly, their relationship began when she was still in high school, though Allen never acknowledged it—perhaps because he was 42 at the time, and he knew the age difference might not play well in the media.

Less ambiguous was his relationship with Soon-Yi Previn, the adopted daughter of his long-time partner (and frequent co-star) Mia Farrow. In 1992, when Previn was nearly 20 years old and Allen was 57, Farrow discovered that Allen had taken a series of nude images of her daughter. Upon confronting Allen, he freely admitted to their relationship. After the two separated, he continued dating Previn, marrying her in 1997.

Shortly after the separation, Farrow accused him of molesting her adopted daughter, Dylan, then just seven years old. The accusation took place in the context of a bitter custody battle over their children, heightening the tensions in an already strained separation. A medico-legal team evaluated Dylan, ruling that no assault had occurred, but she reiterated her claim in the New York Times in 2014. Farrow’s op-ed set off a firestorm of controversy and another round of denials from Allen, who insisted that Farrow was concocting the allegations.

Many of Allen’s relationships with underage or nearly underage girls cannot be verified—and the child molestation claims, in particular, have neither been proven nor disproven—but the known incidents point to a troubling pattern. Woody Allen appears to pursue young women in a manner that’s almost predatory, preferentially dating young women and teens even as the age gap between him and his partners widens, and he does so quite openly.

At the Daily Caller, Taylor Bigler rounded up some truly chilling quotes from Allen’s interviews over the years, illustrating that the auteur has an extremely liberal understanding of human sexuality, to say the least. He predicted, for example, a love triangle involving himself and a mother and child, suggesting that such a relationship would be “challenging,” rather than disturbing. Likewise, he claimed in 1976: “I mean, if I was caught in a love nest with 15 12-year-old girls tomorrow, people would think, yeah, I always knew that about him.”

Yet Allen continues to get away with it. He keeps getting contracts for film projects along with critical acclaim. Much like Roman Polanski, his fans believe that his work is more important than his personal life. And as with Polanski, he’s been surrounded by supporters and denialists who refuse to acknowledge or discuss the stories brought forward by women accusing him of sexual misconduct.

Colleague Robert B. Weide, writing in 2014 at the Daily Beast, hotly defended Allen from the child molestation accusations. Referencing a 1992 Vanity Fair exposé on the case, Weide insisted that his former documentary subject was being plagued by “misinformation on the Internet” that was besmirching the beloved auteur’s name. Weide wrote, “His silence created a vacuum that everybody with a keyboard was going to fill with whatever they believed or thought they believed or heard from someone else who heard from someone who linked to the Vanity Fair article.” Similarly, Barbara Walters weighed in on Allen’s side in the Farrow molestation case.

Notably, Allen and Polanski are both white and venerable giants of American film. Despite also being a cornerstone of American pop culture, Bill Cosby has been repeatedly challenged in the media in response to multiple allegations of sexual assault. While part of that has to do with the sheer volume of Cosby’s accusers, the Daily Dot’s Derrick Clifton noted a racial component in the double standard. Whereas Chris Brown has been aggressively criticized for abusing Rihanna, his former girlfriend, white men like Sean Connery or Sean Penn have gotten a pass from all but the most feminist of critics. Between the two of them, they’ve won three Oscars.

The latest accusations against Allen are a reminder that it’s critical to hold the men we view as cultural treasures and critical contributors to American arts accountable for their actions, even when they’re white and beloved (see also: Terry Richardson). Woody Allen is a creepy man who pursues underage girls and extremely young women. Even when evaluating only his verified, publicly acknowledged relationships, this information is inescapable. The refusal to talk about this, paired with the insistence on pretending that such relationships are new news every time they arise in the media, is not only disrespectful to his accusers but survivors everywhere.

At Salon, Erin Keane says: “We all have our blind spots. Woody Allen is a cultural blind spot for us, an artist of incomparable influence whose work has purchased him forgiveness from a public he spent his entire artistic career grooming to forgive men like him.” Allen has reached a sort of godlike status, resting comfortably in the knowledge that he’ll never be forced to repent for his sins.

But maybe that’s about to change. In the case of Bill Cosby, the honesty of women like Janice Dickinson and Beverly Johnson allowed others to speak up about their alleged experiences with the comedian. By speaking out about Woody Allen’s predatory behavior, Mariel Hemingway did the same, allowing all of us to be more honest about our toxic relationship with the director. Until we finally hold Allen accountable, we are just as reprehensible as he is.