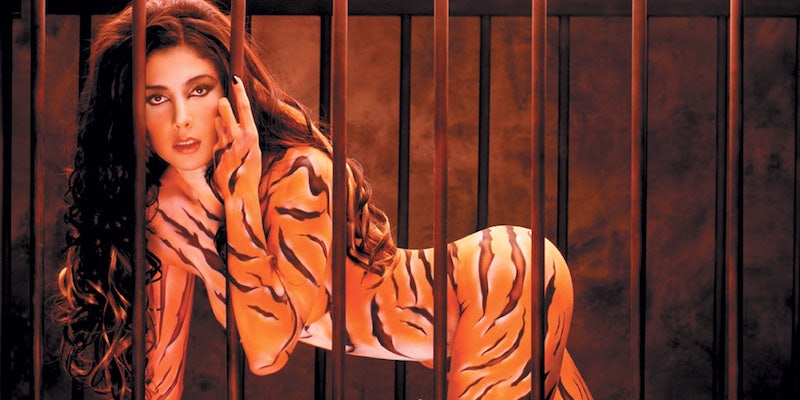 In the wake of the Jordan Younger and PETA scandals, it's time to have a talk.

When I was young and self-hating, I used to not-really-jokingly tell people that I was a “queer writer vegan who hates other queer writer vegans.” We can unpack the sadness of that statement at a later date; suffice it to say that I am a competitive attention-seeker, and when competitive attention-seekers are uncertain and immature, sometimes they blame others for their own insecurities rather than examining their own behaviors.

But I digress. Obviously, I no longer hate other queers or other writers. I do, however, still sometimes hate other vegans. At least, I hate the way some other vegans behave about the whole shebang.

Here’s the thing: I’ve been a vegan for five years now, and I can say that there are a lot of facets of the lifestyle that I appreciate. For example, I like the fact that I eat a hell of a lot more fruits and vegetables than I did in my Dorito-and-Diet-Coke-reliant teenage years. I like that I am occasionally driven by sheer necessity to create new, exciting combinations of breakfast foods (such as peanut-butter-and-frozen-pea tacos, peanut-butter-and-broccoli stir fry, or peanut-butter-and-one’s-own-hand despair-pops). I like that a lot of the vegans I have met are chill folks willing to swap nutritional yeast recipes or let me steal a bite of their tofu breakfast burrito.

And, on the real, I like that I’m not creating any personal demand for factory-farmed milk and eggs. That’s what drove me to becoming vegan in the first place, and while I don’t talk about it much—because, frankly, I wrestle with the ethics of avoiding chick-maceration while gorging on strawberries picked by exploited farm workers—it’s still a pretty big part of why I avoid everything pushed on me by the Cheese Lobby.

However, these positives are far from universal. Veganism is, by nature, not for everyone. And the sooner everyone realizes that, the less inclined I will be to automatically make an Aggressively Placid Face at the next person to espouse the evils of honey at me.

Take what just happened in Detroit, for example. On Thursday, PETA, never known for being a font of rationality when it comes to animal rights, offered to pay the water bill for 10 city families who “pledged to go vegan for a month.” Despite the fact that half of Detroit’s residents are struggling to, say, flush their toilets or cook on the stove, PETA apparently took it upon itself to use a basic human necessity as leverage for “pledging” to forgo animal products.

Clearly, this is a moronic, unsustainable venture. I am not a resident of Detroit, but if a stranger approached me in my hour of desperation and told me to kill a man just to watch him die, I would 100 percent promise her that her target would be at the bottom of Lake Michigan within the hour. I wouldn’t do it, of course, but so long as she was willing to fork over the moolah for utilities, I’d tell her whatever she wanted to hear.

Similarly, there’s no indication that PETA will check in with these folks after supposedly ponying up cash for their needs. As of now, they seem content to throw a few pro-vegan pamphlets at families before jetting back to wherever animal rights executives go when they’re not trying to raise a stink. In other words, this smells like a publicity stunt to get some clicks on the Internet, and a half-assed one at best.

From an outside perspective, it appeared as if PETA wanted to cast itself as the wise savior who just needed to offer a tiny incentive—i.e., water in your own home—to spark the wonder of veganism within the hearts of Detroiters. In fact, it even graciously pointed out to its would-be beneficiaries that “by accepting our offer to go vegan, not only will families be getting an immediate financial boost and helping animals, if they stick with it, they’ll also lower their risk of obesity, heart disease, cancer, diabetes, and strokes.” Shut up, PETA.

I guess if I wanted to think the best of them, I could acknowledge the fact that they’re allegedly using their resources to help people (10 people). But this serves as a good reminder for vegans who don’t necessarily have PETA’s reach that when people are trying to survive, the ecological or animal-rights impact of their meals are probably going to get put on the back burner.

Going vegan is not as easy as turning on the faucet in your kitchen. I’ve written about this before, but the ability to access plant-based nutrition is, at its heart, a function of educational and financial resources. For people who want to stray away from throwing everything in their cupboard into a bowl because it’s “basically a salad,” vegan meals tend to take more time and energy than non-vegan ones. And if you’re a person who, say, needs to work two jobs to feed their kids in addition to paying your city’s skyrocketing water bill, you’re going to go with whatever option ensures they won’t starve to death in the 10 minutes you have between shifts.

On a related note, and I don’t think this gets discussed enough, being a vegan also takes a lot of concentration. Even the laziest vegans among us (e.g. me) still have to think about exactly what they’re putting in their mouth and when—which can be a fraught subject for a lot of people. Again, this can be a deal-breaker for working parents or anyone otherwise disinclined to spend 20 minutes getting hot and heavy with a bowl of kale leaves, but it can also tip over into disordered eating for those of us prone to such a thing.

I’ve had many conversations with others, mostly young women, who fervently wish that they could just “stop thinking about food once in a while.” Vegans, as a rule, can’t. We’re always pausing to check ingredients or think about whether we’re getting enough Vitamin B. I’m not saying all vegans are inclined toward disordered eating. I know from experience, though, that it’s easy to slide from obsessing over whether something contains dairy to how many calories are in a slab of tempeh, exactly.

That’s what happened, in fact, to Jordan Younger, a popular vegan blogger who recently announced that her restricted diet was slipping into a full-fledged eating disorder: orthorexia, or the compulsion to eat healthy. Though Younger was quick to point out that she was not blaming veganism itself, many commenters were furious. As Salon reports, some vowed “to barbecue her family” or sent death threats to Younger about changing her Instagram handle.

Again, most vegans I know do not behave this poorly to such a large degree. Many, in fact, understand that food is a personal experience, and that it’s unacceptable to shame others for listening to their own bodies, putting their needs ahead of what they perceive to be important, or just frankly not really caring what they place in their face.

But I think we’ve all known vegans who refuse to empathize with other humans in favor of empathizing with farm animals—and that is no way to create social or environmental change in the long run. For one thing, that’s a dickish way to behave, period. For another, it’s not going to shift anyone’s eating habits, except maybe in the opposite direction out of spite.

So vegans, I beg of you. Let’s not be PETA or Jordan Younger’s commenters. If someone asks us why we became vegan (and you know that they will), let us tell them. Otherwise, though, the only reason to comment on someone else’s eating is if they are royalty and we have been employed as their personal poison-tasters.