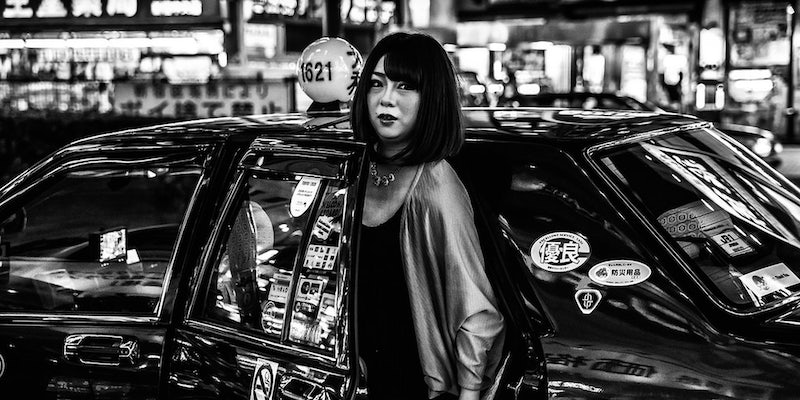 Uber is hiring more female drivers, but will that solve its sexual assault problem?

On Wednesday, ubiquitous ridesharing app Uber announced a partnership with UN Women, promising to create a million jobs for women by the year 2020. Currently, 14 percent of Uber’s 150,000 drivers are women, double the percentage of female cab drivers.

Although there’s much to praise about the new initiative, which could help women worldwide achieve financial independence, some wonder if this bold move is a response to mounting criticisms of Uber’s handling of sexual violence.

In one terrifying incident in India, a male Uber driver allegedly kidnapped and raped a female passenger. In response, Uber apologized and promised to look into options to make its service safer. It also introduced a “panic button” feature that allows riders to alert the police and a few selected friends or family members of their location.

This feature seems like it could go a long way to increasing both actual safety and feelings of safety, but it is only available to riders, not drivers, and—for some reason—only in India. Uber did not provide any explanation for this, suggesting that the company either views the alleged rape as an isolated incident or one unique to India specifically.

But as we know, rape with and without the aid of Uber is all too common all over the world, including within the United States. In the past year, Uber drivers have allegedly assaulted riders in Boston, Chicago, Los Angeles, Orlando, and Washington, DC. In response, a website called Who’s Driving You?, which appears to take a strong stance against ride-sharing services, was formed to document these incidents.

While these assaults may make seem like drivers hold all the power over riders, male riders have found ways to harass and abuse female Uber drivers, too. One of those ways involves exploiting the fact that Uber allows riders to call drivers using an anonymized phone number. As BuzzFeed reports:

Marty McCall, a female Uber driver in Dallas, told BuzzFeed News a male passenger called her six or seven times long after she had dropped him off using the number that Uber provided to the passenger.

“After midnight, I was driving down the freeway and got a phone call from a number that I didn’t recognize,” McCall told BuzzFeed News. “It was a guy that was kind of drunk, and he said, ‘I just wanted to see if you made it home OK. What are you doing? Do you want to come by my house?’ I said, ‘I appreciate the call, but you know our transaction is over. But thanks for calling and have a nice evening.’”

He continued to call her several more times that night, McCall said. The last time he called, he left McCall a voicemail calling her an “asshole.”

McCall notes that Uber was rather unhelpful in resolving the situation, refusing “as a policy” to tell her whether or not this rider had been banned from using the service. While such policies certainly originate from legitimate concerns about privacy, it is unclear how a driver could possibly feel safe working for the service not knowing whether or not someone who had harassed her would still be able to use it.

As the announcement of the UN Women partnership comes right after a few months of intense negative publicity for Uber’s record on women’s safety, it does make me wonder if Uber hopes to use the partnership as a way to dispel criticisms that they don’t take this issue seriously.

It’s true that increasing the proportion of female drivers might make the service safer overall (aside from having other benefits for those women who now have an extra way to make money, obviously). While women can and do commit sexual assault, it’s rare, especially in situations with strangers.

However, Uber should consider being proactive rather than reactive to prevent sexual assault. So far, many of its initiatives have come in response to incidents that have already occurred rather than in anticipation of what might go wrong. That’s probably how we ended up with panic buttons only in India and only for riders and why Uber’s best defense against abuse seems to be the fact that it’s often easy for them to find the perpetrators after they’ve already assaulted someone. Panic buttons should be available to everyone who uses the service in any way, and Uber should be clearer about how exactly it’s trying to improve its background screening process for drivers.

Unfortunately, though, there may not be all that much that Uber can do besides that. Sexual assault happens in Uber cars in part because it happens everywhere in our society: in homes, in schools, at workplaces, in the armed forces, on college campuses, in hospitals and prisons and churches, in bars, on public transit, and even on the streets. The bigger problem is that we are all living in a culture that, in varying ways, excuses, ignores, or even encourages sexual assault. There’s a reason sociologists and activists use the term “rape culture” to describe the ubiquity of sexual assault and harassment in our society. That reason is that it always goes beyond individual rapists, survivors, settings, and institutions.

Cases like Uber’s aren’t specific to ridesharing, and when such incidents occur, colleges and businesses and other institutions that come under fire for not doing enough to prevent sexual assault tend to get defensive and worry about losing business or reputation. That’s likely why Uber is introducing its UN Women initiative at this particular moment.

While sexual assault by Uber drivers (and sexual harassment by Uber customers) has been having a moment in the media lately, as it should, what will ultimately help the most is working together to end sexual violence on a societal level. That means acknowledging the painful truth that the problem goes far beyond a few bad apples or a few unlucky victims.

Photo via damonjah/Flickr (CC BY 2.0)