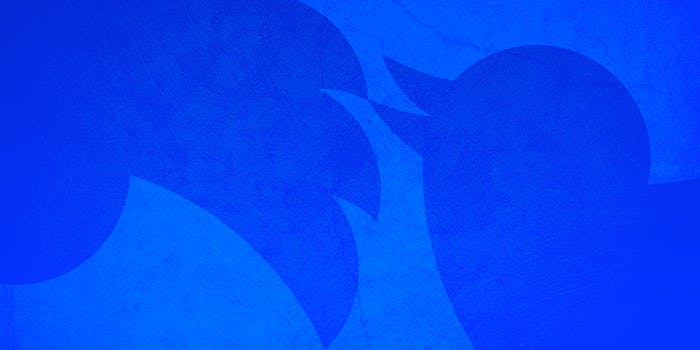 If the platform's Donald Trump town hall was a disaster, there's a reason why.

In the least surprising development of what is already a chaotic 2016 presidential race, Donald Trump’s Twitter Q&A went very, very poorly. While answering softball questions about the Second Amendment and the Dallas Cowboys’ playoff chances with a benched Tony Romo, the Republican frontrunner predictably found himself roasted by the platform’s users, inundated with jokes and accusations of racism for his controversial stance on Mexican immigration.

Do you have to work to become an ignorant, close minded, and bigoted piece buff trash, or does it come naturally? #AskTrump

.@realDonaldTrump Is there a subway construction project going on near you? Asking for a friend. #AskTrump

#asktrump As the head of Slytherin do you feel your association to Voldemort will hinder your chances at becoming the muggle president?

Any glance at the replies posted to even the most innocuous Trump tweet could have helped Trump or his campaign see this coming. His tweet from Tuesday, for instance, wishing “Yom Kippur blessings to all of my friends in Israel and around the world,” yielded anti-Semitic slurs, political digs, and awkward sexual invitations. Such trolling on Twitter is far from specific to Trump (e.g., President Obama received an onslaught of racist messages upon joining the service), but Twitter Q&As, in particular, seem have the opposite of their intended effect. Instead of being a promotional tool for public officials and celebrities, they regularly descend into snark, mockery, and even abuse.

Fellow 2016 contender Gov. Bobby Jindal (R-La.) found his own Q&A hijacked by people mocking his criticism of accepted science, as the governor is a noted skeptic of evolution and global warming. In May 2014, NFL commissioner Roger Goodell was similarly skewered for the the league’s lacking response to domestic abuse and player concussions. During her Q&A, the author of Fifty Shades of Grey, EL James, received a tirade of lewd comments and accusations of supporting partner abuse, and pop star Robin Thicke received similar criticism on Twitter for his 2013 hit, “Blurred Lines.”

How does it feel to sell your soul for political gain and yet not gain anything politically? #AskBobby

You have a phone charger I could borrow? This hashtag is draining my battery #AskBobby

Unless you’re someone absolutely no one can find fault with (Tom Hanks, maybe?), your Twitter Q&A is likely to end up a disaster. At its best, a public interview on social media should be a digital corollary to the “town hall” format—a chance for regular people to ask questions and hold public figures accountable. But a format built on character limits is hardly a platform for nuanced discussion; instead, Twitter encourages the opposite. Users attempt to look smart-alecky or funny in the face of someone that’s simply going to answer the questions in a way that builds their brand, instead of promoting the goal of transparency.

But a format built on character limits is hardly a platform for nuanced discussion; instead, Twitter encourages the opposite.

While Trump should be held responsible for dodging the more difficult questions sent by users, like how he’ll pay for deporting 11 million immigrants, some of that burden should be shouldered by Twitter—both as a site and a community. By its very nature, Twitter encourages brevity, and the best way to make a point with limited space is to be quick and dirty, whether that’s throwing a barb at Trump’s hairstyle or mocking his frequent gaffes. While that’s a fine use of social media, it’s also a practical in futility when it comes to political discussion. As author and early Twitter adopter Bruce Sterling once said of the service, “using Twitter for literate communication is about as likely as firing up a CB radio and hearing some guy recite The Iliad.”

Some would certainly disagree. Many public figures regularly use Twitter to engage with both allies and critics. Sen. Cory Booker (D-N.J.) has used Twitter since he was the mayor of Newark, often responding to complaints and hate speech as deftly as he handles compliments and praise. Marc Andreessen, the billionaire partner of Silicon Valley VC firm Andreessen-Horowitz, regularly posts “tweetstorm” essays summarizing his thoughts about the future of technology and media, all while having a fruitful and inclusive discussion on these subjects.

The Twitter Q&A fails where Andreessen and Booker succeed because it’s played like a one-time stunt. Instead of using Twitter as a resource to reach audiences and voters, too many figures embrace it as just another bullhorn—having a one-way conversation instead of engaging in a mutual exchange of ideas. The promise of social media is that average people can have a voice they might have been denied in generations past, and thus, the ideal purpose of having those in power join the service is for them to hear us—not the other way around. Twitter is not Jimmy Fallon: We aren’t here to play a board game with you and wish you all the best.

Contrast the failures of the Twitter Q&A to the relative success of the Reddit’s Ask Me Anything (AMA) feature. Reddit is often painted as a safe haven for hate speech and harassment—and it certainly has work to do in that respect. But the AMA section of the site, which has close to nine million subscribers, is free of many of the problems that plagued Trump. In the past year, Reddit has hosted successful discussions with Gordon Ramsay, Elon Musk, and Worf from Star Trek—as well as a varied collection of scientists and experts.

Twitter is not Jimmy Fallon: We aren’t here to play a board game with you and wish you all the best.

Even the president’s AMA, in stark contrast to his Twitter feed, is filled with actual, humane conversation about student debt, small businesses, the space program, and a myriad of other topics raised by the community. Why the stark difference? Part of it is a UI issue. AMAs rely on Reddit’s system of upvoting and downvoting—whereas hashtags are easily hijacked or repurposed by users. Take #ObamacareIsWorking, for example, which started as a PR stunt for the Affordable Care Act but quickly became an ironic meme among conservative critics of the bill. The lack of structure on Twitter means even well-intentioned conversations can descend into juvenile humor, trolling, or outright harassment.

The host of an AMA, however, gets to answer questions at their behest, and the ones they answer are inherently upvoted more—meaning they are likely more visible than the questions Obama or Worf decided not to answer. This is part of the drawback of AMAs, as it gives the politician or celebrity too much control over the format. But it also means we can have the thing we said we wanted: an actual discussion. In contrast, if Trump or Robin Thicke is hosting a Twitter Q&A, the biggest takeaway isn’t going to be their answers. The conversation will be dominated by all the people who were never interested in hearing what they had to say to begin with.