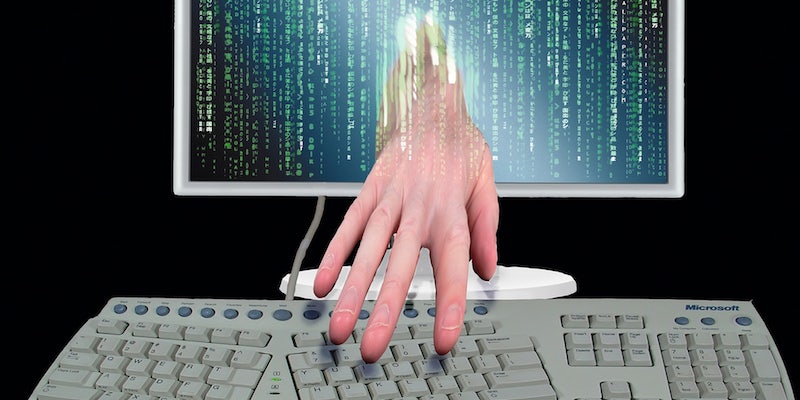 The Facebook echo chamber is more dangerous than you think.

While the Supreme Court officially declared that segregation based on race should end in 1954, any social scientist can tell you that separation between people of different races is alive and well.

Through a process called “tracking,” the Department of Education has accused many school districts of unfairly denying black students opportunities by “designating students for separate educational paths based on their academic performance as teens or younger,” according to the Atlantic‘s Sonali Kohli. As Kohli writes, this practice “favors white students and keeps students of color, many of them black, from long-term equal achievement.”

In general, higher-level classes are statistically more likely to be less diverse than in schools that don’t practice tracking, one of many causes for the achievement gap in schools that then leads to further inequality.

In an equally pernicious manner, the segregation present in the housing market further delineates the geographic boundaries between blacks and whites. According to a recent study by the National Institute of Health, racial makeup of a neighborhood is a vital factor in choosing a new home for both black and white residents, and the University of Michigan reports that trend has particularly negative economic effects on black neighborhoods: “Inner city black poverty is caused by the flight of jobs to suburbs, where blacks can’t reach them.”

Any social scientist can tell you that separation between people of different races is alive and well.

The division between races online is a harmful echo of the realities of American racial politics, and one that re-enforces a divide between life for white Americans and life for black Americans. This segregation is not only a result of inequality between races but an important cause of a communication breakdown that worsens it.

While it might seem odd, race seems to be a major indicator in which social media sites you’ll use. While roughly equal percentages of blacks and whites use social media, divides become present when we look at which sites they’re using. The percentage of black people on Twitter (22 percent), for example, outnumbers the percentage of white people who use Twitter (16 percent).

Instagram also shows a significant gap between white and black populations, with 20 percent of African-Americans claiming use of Instagram and just 14 percent of white Americans. Both groups, however, are equally likely to be Facebook users, although adoption of Facebook spread faster among white populations than it did in black populations.

The reasons for the racial disparity on Twitter and Instagram could be a result of number of factors. The most important aspect for most users when choosing a social network is whether they have any IRL friends to interact with on said site, so it’s easy for a core group of trendsetters within any population to drive traffic to one location.

Another possible cause, however, is rooted in the economics of how people connect online.

As it is with most social ills, these modern forms of segregation have followed us online.

While broadband Internet connections are equally common in black or white households, the rate of adoption was quite slow. As Associate Director of the Pew Research Center Amanda Lenhart postulates, this slow growth of broadband and at-home Internet connections forced many young African-Americans to go right to smartphones over a desktop computer. This holds true today: Slightly more young African-Americans own a smartphone than white Americans.

This is important because how you use the Internet is drastically affected by how you access it. Twitter and Instagram, for example, were “mobile first” apps and therefore better designed for use on a smartphone than Facebook, which was originally imagined as a website simply because there were no smartphones in 2004 when the site went live.

Instagram, on the other hand, was created in 2010 with mobile in mind—Instagram.com continues to deny users some core features available on the mobile app, such as Direct Messages.

The mobile divide is even illustrated by the history of Twitter. When the microblogging site was born from a brainstorming session in 2006, the site was originally imagined as a public board where people could post via SMS text message, and Twitter existed as a phone number before it ever existed as a website. In contrast, Facebook struggled for years to get their app to be as useful and functional as their site.

So if any population finds itself adopting smartphones faster than broadband Internet connections, it makes complete sense they would jump to apps that better emphasize the mobile experience. What this has created, however, is separate and distinct virtual worlds where black users and white users mingle even less than they do now. According to a study by the Public Religion Research Institute, 65 percent of blacks and 75 percent of whites admitted to having social networks entirely made up of members of their own race.

How you use the Internet is drastically affected by how you access it.

The effects of this are subtle but no less harmful. Interactions with people of another race or ethnicity are consistently found to improve feelings of empathy towards all people of that group. Because so much social interaction has moved to digital spaces, it truly matters when the infrastructure of our online lives restricts races from interacting.

This was the fear of Danah Boyd when a she led a research team to follow the exodus from MySpace to Facebook in 2009. According to Boyd, what occurred as the transition from one site to the other took place was an odd form of “white flight.”

“Those who deserted MySpace did so by choice,” Boyd writes. “But their decision to do so was wrapped up in their connections to others, in their belief that a more peaceful, quiet, less-public space would be more idyllic.” The effect of this for a time was seeing Facebook as a gated community and MySpace as a ghetto.

Of course, the effects of such online segregation can never touch the harmful aspects of real world segregation, a quiet reality that can affect equal opportunity for education, housing, employment, and fairness in the criminal justice system. What online segregation does effect, however, is attitudes.

Social media is becoming rather notorious for fostering echo chambers between separate ideologies, allowing us all to pat each other on the back by surrounding ourselves with people we already agree with from similar backgrounds. As Boyd noted in her study of MySpace, there wasn’t much “networking” to be found; we simply talk to who we already want to talk to.

But in the same way selecting homogenous neighborhoods and friends limits our exposure to other races, so does our choice of social network. The core infrastructure of the Internet is keeping white and black voices in different rooms to the detriment of both races and the Internet they use.

Photo via Don Hankins/Flickr (CC BY 2.0)