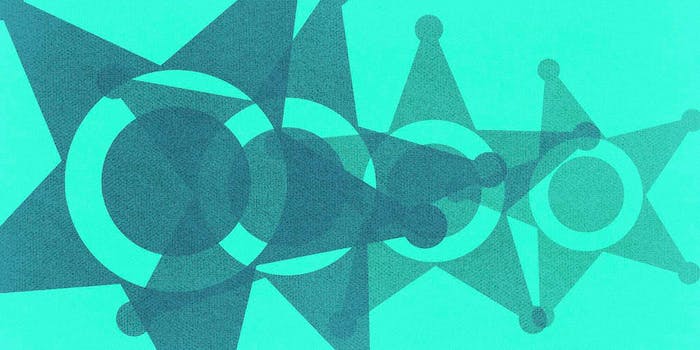 A year after Ferguson, we need to talk about how black women are treated by police.

It took almost an entire year after Michael Brown’s shooting death for most of the media to focus on how anti-black police violence affects black women. Two recent cases caught on video—the McKinney, Texas pool incident and Sandra Bland’s brutal arrest—helped push black women closer to the forefront of the conversation, despite the movement being primarily led by black women. That reality isn’t lost upon many activists and Black Lives Matter supporters, who took to the hashtag #FergusonTaughtMe on Sunday to reflect on the Ferguson anniversary, and call for more focus on black women’s lives.

Days prior to that pivotal milestone, however, Bland’s mother filed a wrongful death lawsuit against officer Brian Encinia, as well as other officers and local law enforcement agencies, in a quest for justice through legal means. Including Bland’s death, an astounding five black women have died in police custody in July 2015 alone, according to the Root. Their deaths don’t all fit the same pattern for when black men get killed by police: shot during a traffic stop or accosted on the sidewalk.

We mustn’t make the mistake of broadly comparing black women’s police encounters to those of black men—because there’s a gendered power dynamic at play for black women. When unfortunate cases like Bland’s arise, we need to consider what happens to black women when they’re confronted by male police officers, given the sinister sexual element that may be at play during these interactions.

#FergusonTaughtMe that police departments have prepared narratives for the murder of unarmed Black men & women, and that ppl eat them up.

#FergusonTaughtMe that women have ALWAYS been at the forefront of our movements. pic.twitter.com/rPArz4j6Q0

While watching the video of Bland’s fateful arrest, I was disheartened at how Officer Encinia was quick to put his hands on Sandra Bland and pull her out of the car. Notably, Encinia took Bland out of the camera’s sight, handcuffing and slamming her on the side of the road. Even worse, he barked at her to stop resisting, as if he had a right to touch any part of her body for simply expressing verbal frustration over a traffic stop.

It’s only because a vigilant bystander captured and posted video that the world got a closer look at what happened—before Bland was taken into custody and died in her jail cell. And it doesn’t help matters that officials allegedly edited the police video, leading to more questions, suspicions, and conspiracies related to Bland’s arrest.

In a similar vein, video of the post-pool party incident in McKinney, Texas shows Officer Eric Casebolt accosting 15-year-old Dajerria Becton, a young woman who was only wearing a yellow and orange two-piece swimsuit. Casebolt—a grown, white man—threw her to the ground, forced his entire body weight on her back, twisted her arm, and pulled her hair by the back of her braids.

Becton had done nothing wrong, and told Yahoo News that she followed Casebolt’s orders to keep walking away from the community pool. But when her young, black male peers steadily approached Casebolt to make sense of why Becton was being apprehended—purportedly to ensure her well being—the officer pulled out his gun and warned them to back off.

Unfortunately, both cases recall a long, terrible history of white men using their social and institutional powers to abuse black women—and their bodies. It is no mistake that the United Nations recently chose a black woman as part of its memorial to the Transatlantic Slave Trade. Black women were in far more precarious conditions during the journey than their male counterparts, enduring routine abuse and rape from of a class of slave owning men. But even after slavery ended, young black women remained vulnerable to mistreatment by white men.

Starting from 1948 onwards, Vernon Johns, pastor of Dexter Avenue Baptist Church in Montgomery, Alabama, helped sow the seeds of the Civil Rights Movement when he persuaded local, young, black girls to report their rapes by white men to the police. But at that time, the police couldn’t be trusted either. In 1949, Gertrude Perkins of Montgomery was walking home from a party when two white police officers kidnapped and raped her. Although Perkins told her minister—which led to campaigns that urged the county to press charges against the police officers—ultimately, the all-white, all-male jury refused to indict them.

The recent cases of police violence against black women sends a message that our pain and frustration is seen as something to be tamed—not necessarily by a bullet, but rather by foreign hands on our bodies.

More than 65 years later, we see echoes of this despicable impunity in the case of Oklahoma police officer Daniel Holtzclaw. Holtzclaw sexually assaulted seven African-American women while on duty, but his $5 million bond was reduced and he was ultimately released from jail. Holtzclaw awaits trial for three dozen criminal counts of battery, rape, and indecent exposure, yet he’s still managed to enjoy some degree of freedom—despite abusing his power to exploit and abuse vulnerable women.

With these patterns of police behavior in mind, it’s not too far-fetched to question whether or not Bland may have been subject to sexual violence while she was in police custody. During her arrest, Bland herself reiterates that Officer Encinia must be getting a high off of using excessive force upon her—because she’s a woman. According to the Huffington Post, when Bland pulls away from Officer Encinia, she yells, “Don’t it make you feel real good, don’t it? A female for a traffic ticket. Don’t it make you feel good, Officer Encinia? You’re a real man now. You just slammed me, knocked my head into the ground.”

Although Bland doesn’t explicitly detail this imbalance of power, nevertheless, she captures this exchange between a powerful man and a woman he is trying to subjugate, but cisgender women aren’t the only ones affected by it.

Just a few days ago, as Fusion notes, Amber Monroe became the 12th trans woman of color murdered in the United States in 2015 alone. Monroe had actually been shot three times in prior incidents, and according to trans rights advocate Cherno Biko, Monroe didn’t report them because of the contentious relationship between Detroit police and black trans women. According to the National Coalition of Anti-Violence Programs, in 2013, transgender women were the most likely group to face sexual violence, harassment, discrimination from police officers.

We may not know all the details surrounding Monroe’s death, but these cases show why many law enforcement officials routinely abuse black women. “Black men and boys are seen as symbols for an entire race of people who deal with police violence,” Carmen Rios notes at Autostraddle. “And women and girls, gunned down, raped, and abused by cops, disappear in virtual silence.”

This state of affairs has become so normal that makes it easier for officers like Encinia to not only assault a citizen, but also allegedly falsify his account of this encounter, and for Bland’s jailers to reportedly ignore Bland’s cries and requests for food. There’s little accountability—especially considering the fact that this has been the norm for decades.

That’s why we must consider the additional, gendered elements of oppression black women face during encounters with the police. Although black men and black women have been slain on camera, the recent cases of institutional violence against black women sends a message that our pain and frustration is seen as something to be tamed—not necessarily by a bullet, but rather by the police’s hands on our bodies.

As the conversation continues about Bland’s case, it’s important that we remember both her race and her gender, to truly understand the myriad struggles women like Bland face when seeking justice.