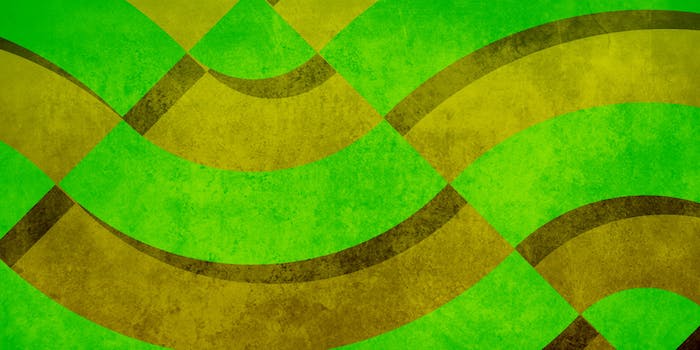 Every household in America needs access to the Internet—and it's time to bring them online.

If equality of opportunity is to be a reality in this country, we need to recognize that it is impossible for anyone to be competitive in our modern economy without access to the Internet. That’s why President Obama’s new program to subsidize broadband for low-income families is such an encouraging step forward in addressing the systemic problems of millions of Americans.

“In this digital age when you can apply for a job, take a course, pay your bills, order pizza, even find a date, the Internet is not a luxury, it’s a necessity,” Barack Obama explained as he introduced the proposal in Durant, Oklahoma.

Known as ConnectHome, Obama’s plan is expected to reach 275,000 public housing communities in 27 cities throughout the country, including the Choctaw tribal nation. To accomplish this, the government has partnered up with private corporations, including Google, Sprint, CenturyLink, GitHub, and Best Buy (which will provide free training and technical support).

This is rolling out in conjunction with the administration’s larger pledge to provide high-speed broadband and wireless Internet to 99 percent of American schools by 2017 (200,000 of the public housing residents who will receive Internet access under ConnectHome are under the age of 18), as well as reduce poverty in general.

“It’s American ingenuity that created the Internet,” Obama told his audience in Oklahoma, “and the notion that we will leave some Americans behind… while other countries are racing ahead, that’s a recipe for disaster.”

And make no mistake about it: When it comes to Internet access, millions of Americans are being left behind. According to the last census, one out of four Americans don’t have Internet access at home. As a recent survey by the Pew Research Center demonstrated, much of this disparity can be explained as the product of class differences.

Make no mistake about it: When it comes to Internet access, millions of Americans are being left behind.

Lawrence E. Strickling, head of the Commerce Department’s National Telecommunications and Information Administration, put it even more starkly during a speech at the Brookings Institution, a left-of-center think tank: “Americans who don’t have access to the Internet are increasingly cut off from job opportunities, educational resources, health care information, social networks, even government services.”

Part of the problem is that, as a survey of Internet availability by the New America Foundation’s Open Technology Institute found, American consumers tend to pay higher prices for slower speeds than consumers in other countries. Then there is the issue of availability—according to the FCC, 19 million Americans don’t live in communities where high-speed Internet access is an option at all.

Finally, there is the simple fact that lacking Internet access becomes a cyclical issue. “Less than half of the poorest American households have a home Internet subscription, and they face real barriers when trying to lift themselves up and better their lives because of it,” explained Secretary of Housing and Urban Development Julian Castro during a conference call with reporters.

In other words, not having Internet access makes it harder for these Americans to obtain high-income employment—the absence of which, in turn, makes it less likely that they will be able to afford the Internet access that would significantly help them improve their quality of life.

Unfortunately, this problem exacerbates other inequalities in our country. We can start with race: Of all the demographics monitored by the Pew survey, Asian-Americans were by far the most likely to have home Internet access as of last year (at 97 percent), followed by non-Hispanic whites (at 85 percent), Hispanics (at 81 percent), and non-Hispanic blacks (at 78 percent). This data roughly corresponds with what we know about the racial income gap that continues to hold back communities of color.

Similarly, the Pew survey found that while 95 percent of adults with college or graduate degrees have home Internet access, that number falls all the way to 66 percent for those who haven’t completed high school. Finally, a brief by the Council of Economic Advisers in 2013 determined that low-income rural regions in America—particularly throughout the South and Southwest—have disproportionately low rates of home Internet access.

Ever since the passage of the High Performance Computing Act in 1991 created the World Wide Web and digital revolution that we know today, there has been endless talk about how the Internet would transform the world forever.

According to the FCC, 19 million Americans don’t live in communities where high-speed Internet access is an option at all.

Since that time, the world has seen the rise of over 3 billion active Internet users and unique mobile phone owners, as well as over 2 billion active social media accounts. The Internet has been instrumental in electing presidents, sparking political revolutions in the Middle East, and stimulating more than $1.5 trillion in business-to-consumer sales through e-commerce as of 2014. No one can deny that it has changed the world—or that it’s continuing to do so.

At the same time, it’s important to remember that these online changes are still susceptible to the same variables that perpetuate injustice offline. Because people with lower incomes are at a disadvantage when it comes to obtaining access to other resources that could help pull them out of poverty, it stands to reason that they will encounter similar struggles when trying to take advantage of the innumerable resources offered by the Internet.

That’s why, for anyone who truly believes in the potential of this medium, we continue to democratize Web access—and this program is just a start.

Until every man, woman, and child in America can easily access the Internet from the comfort of their own home, the cyberspace revolution will be incomplete. Considering all the positive change that the Internet has already encouraged—to say nothing of what it could continue to do in the future—this would be an unspeakable tragedy.