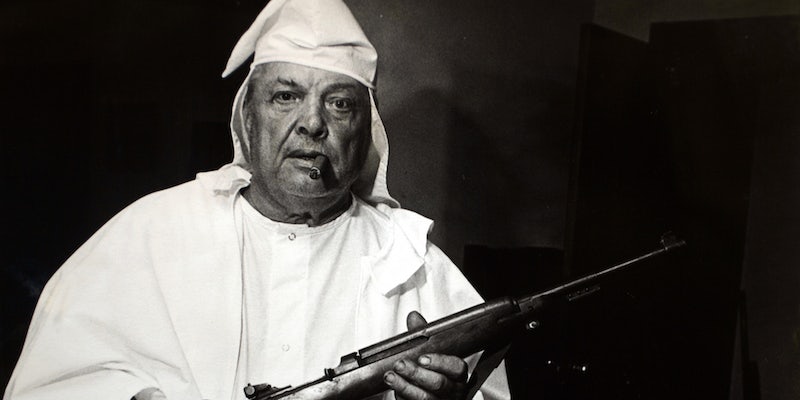 I found my photo on a white supremacist website

My response to racism is survival.

A few months ago, I wrote a lighthearted essay about race. Nothing serious, nothing controversial, nothing even particularly radical. As part of this, I shared a photo of a happy moment in my life. I braced myself for trolls, but the response was overwhelmingly positive.

Feeling pretty stoked with myself, I decided to do some light ego-surfing a few weeks later. I was prepared to find a little more trolling and negativity than I’d originally received. What I was not prepared for, however, was to see my happy smiling face on a white supremacist website.

Like most people of my generation, I’ve grown up with the Internet. My parents insisted, like all good parents of the ’90s, that our computer and 28K modem would be in the family room and installed with the finest Net Nanny software that 1998 could produce. My parents knew then what we are continuing to learn today—the Internet can be a scary place.

None of us are naïve to the dark underside of the Internet, but there’s making sure you don’t give out your home address in an AOL chat room, and there’s finding your face on a website that preaches white supremacy.

It’s difficult to describe how jarring it is to see your beaming face used in a context like this, as a cautionary tale. In my particular example, it was used as a warning of what “Amerika” was becoming. My face—my inoffensive, unremarkable face—was contrasted with happy white faces. No text was needed, my existence was warning enough: This is what “Amerika” is becoming—me. Be afraid, be very afraid.

Immediately, I regretted my article. I was stupid to write it. I was dumb to include my picture. I was naïve to think that this wouldn’t happen. I should have shut my mouth. And it reminded me of how I can feel in the world at large—stupid, dumb, naïve, and (most importantly) silenced.

When I’m called exotic, I smile and say thank you—because I don’t want to be ungrateful. When somebody asks me why my face is brown, I tell them my racial background—because I’m scared they’ll get angry if I tell them how offensive the question is. When I’m called a black whore by a drunk catcaller, I duck and walk quickly in case his anger escalates. And when I find my picture on a hate site, I know that I need to keep doing those things to survive in the racist patriarchy in which we live.

In her incredible essay “The Uses of Anger,” Audre Lorde wrote, “Mainstream communication does not want women…responding to racism. It wants racism to be accepted as an immutable given in the fabric of your existence, like eveningtime or the common cold. We are working in a context of opposition and threat, the cause of which is certainly not the angers which lie between us, but rather that virulent hatred levelled against all women, people of Color, lesbians and gay men, poor people—against all of us who are seeking to examine the particulars of our lives as resist our oppressions.”

It might seem hyperbolic, but by writing that piece on racism, I was resisting my oppression in my own small, self-serving way. I spoke up about my experiences in a way I haven’t been able to do in real life. I used the Internet to reach out to others that had experienced similar and built alliances and connections with them. In other words, I did what the racist patriarchy doesn’t want me to do, and they punished me for it in a big way.

I wish I could be like Audre Lorde and find a comfort and power in my anger. I wish I could say that being a subject of online hate didn’t get to me. I wish I could be comfortable in knowing that I did nothing wrong. Unfortunately, I’m not there yet. For now, my priorities are protecting myself and the people I love, which is why I’m writing this new piece anonymously. The racists are bigger than me, they’re angrier than me, and they’re uglier than me. It’s still their world, and I’m still trying to survive in it.

For now, my response to racism is survival. But I have confidence that one day their attempts to silence me will fail. Until that day comes, I’ll keep working on that “racism” filter for my Net Nanny.

Photo via escapedtowisconsin/Flickr (CC BY S.A.-2.0)