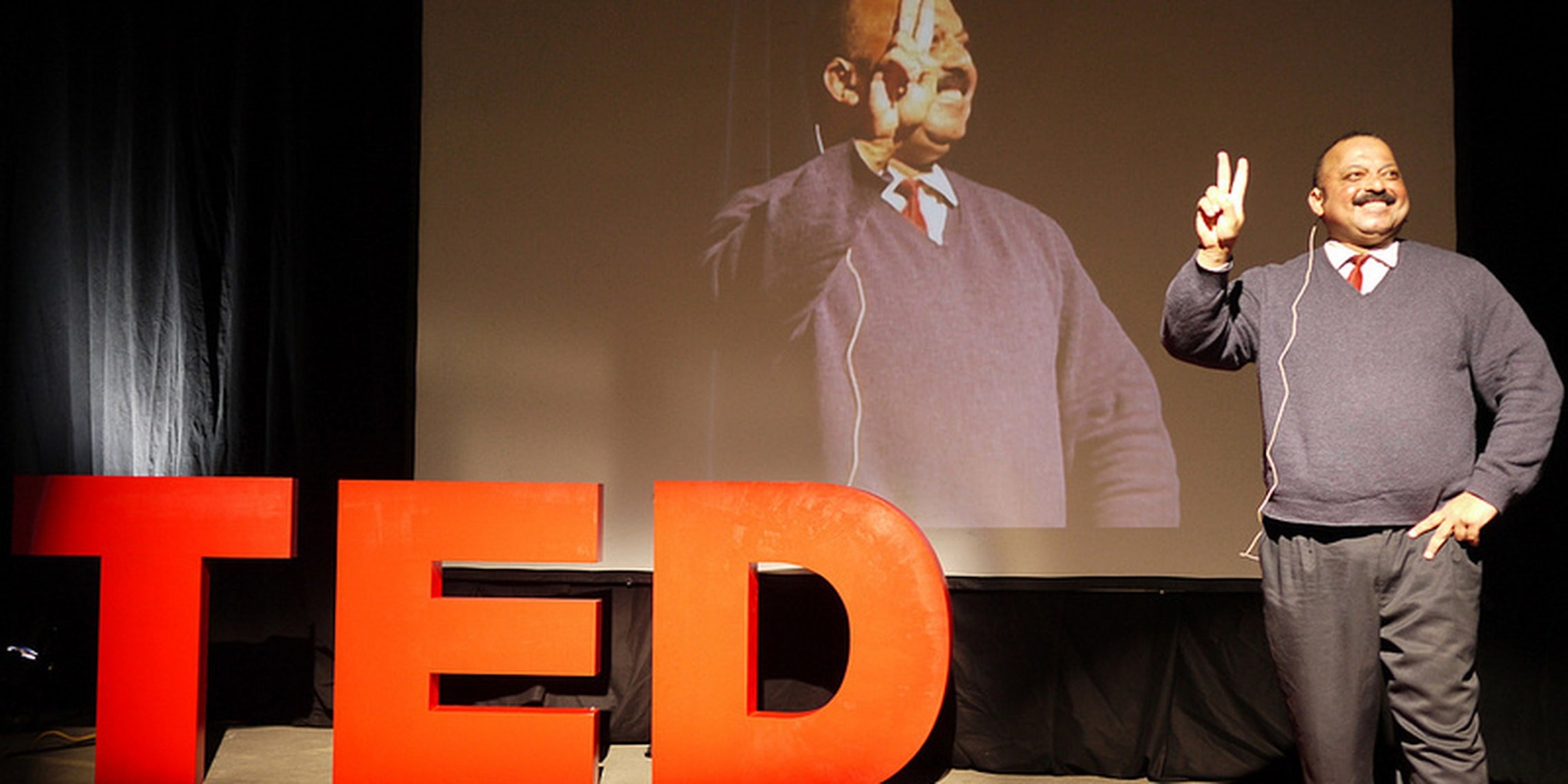 When I got my first office job, I was psyched. I was so, so done with college: I wanted to be out in the real world—and that real world, for me, was an office.

It’d be like the first day of school, but every day. New pens! New clothes! Fresh notebooks! Stacks of paper cooked by the copier!

And then I sat through meetings. A lot of meetings.

Meetings in weak-tabled conference rooms, where people talked over each other like some horrific philosophy seminar where your grade depended on how often inane bullshit unspooled from your hung-over, unwashed pie hole. One-on-one (or 1:1, even worse) meetings with bosses, which always made me think of George Michael. And impromptu meetings: stopped in a hallway, talking about how to do the things when I only wanted to go back to my office—so I could do the things.

The biggest, most grotesque form of meetings is…conferences.

PowerPoint is built of broken dreams.

The other night I was out with a group of friends. We were having a lovely, lively conversation, and then things took a cloudy turn when one of my friends seized upon a related subject and announced, “Hey! Wait! There’s a TED talk for that!” The iPad was brandished like a rapier, YouTube summoned—and the evening went from a delightful discussion to a bunch of nerds gaping a screen on a gorgeous summer night.

I hid in the bathroom.

Because I hate TED talks. I really, really do. 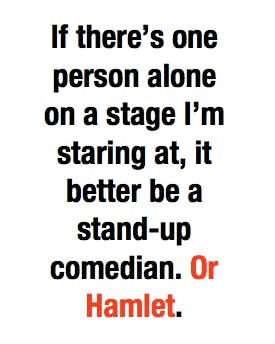 First of all, the format. What is so creative about strutting around a goddamn stage? If there’s one person alone on a stage I’m staring at, it better be a stand-up comedian.

If you’re going to force me to learn something, hand me a book. Or an article. A blog, a Twitter feed. A cable subscription. PBS—really! Anything else!

Not some richly paid, self-satisfied douchebag sashaying in a headset, backed by meh-tacular slides, and ogled by the well-heeled. Seriously? That’s one fucking awful method of delivery.

People spend like a quintillion dollars to go to these things; why can’t they pretty things up? Throw some dry ice on the stage! And why are these talks all 30+ minutes long? If you’re a successful and creative person, you don’t have time to watch that shit!

Every time I’m strapped down and forced to watch a TED talk, I get flashbacks.

I think of the alllllll the time I wasted in various jobs for various conferences parked in a half-carpeted chair in frigid, unglamorous hotel ballrooms, watching pitchers of water that no one touched sweat all over free and cheesy branded notebooks while colleagues uh-huh-ed and nodded with no irony whatsoever and I wanted to flee, flee, flee, because what a goddamn waste this all was!

I can’t get that time back. 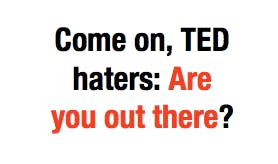 And even if I could, I can guarantee you it wouldn’t be watching some dipshit numbnut who managed to finagle his way into an inelegant title regale a rapt, sheepy audience with “deliverables” and “stakeholders” and “ROI”—words for which I would give anything for it to be 1995 and sitting through a lecture on Occidental History. Because college lecture boredom has nothing on a conference!

Years ago, Stuff White People Like covered TED talks. And the Onion’s spin on them is dead on: Biggest Rock and Ducks Go Quack, Chickens Say Cluck are my favorites. Buzzfeed has the 20 worst TED talks. But really, they’re all awful.

If the winning PowerBall numbers for the next day flashed on screen at the end of a TED talk, I still don’t know if I could manage a whole one. Every time someone suggests I choke one down, I get the sweats. They’re like the worst-tasting medicine—the kind that doesn’t end up working.

If there’s a revolution going on, thanks but no thanks. I’ll read the manifesto instead.