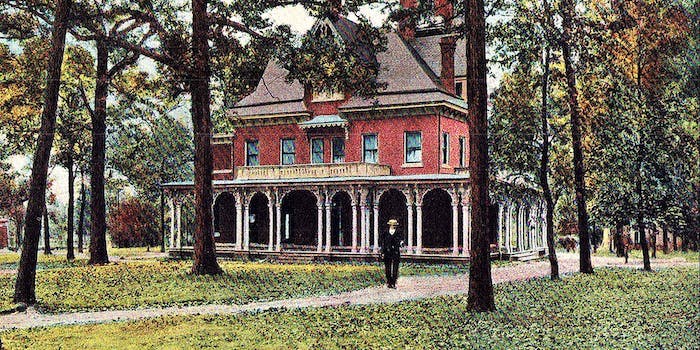 America’s fraternities are broken. Is there any way to fix them?

Maybe it's just time to shut down frats.

When my blindfold came off, the first thing I saw were the words splashed in garnet paint across the wall of the cavernous room on the campus of Wesleyan University in Middletown, Conn. It was the day of my initiation into the Xi chapter of the Psi Upsilon fraternity brotherhood, and the chapter president gestured to the credo above from his seat on the room’s dais: “Service to Wesleyan and society, far beyond our number.”

“This is the principle, the binding sentiment, every true fraternity is built on,” he said. “Without this, we’re a bunch of guys with a house. Without this, we are nothing.”

Nearly a decade later, that maxim rings depressingly hollow when compared to the current darkness that’s enveloped America’s fraternities. On March 16, the New York Times reported that the Kappa Delta Rho fraternity at Pennsylvania State University maintained a secret Facebook page replete with photographs of hazing and nude women, some unconscious, ostensibly taken by brothers. The revelation comes one week after a video emerged showing members of a University of Oklahoma chapter of Sigma Alpha Epsilon (SAE) singing a racist ballad. That chapter has since been shut down.

These most recent incidents come in the midst of what seems like an almost constant stream of accusations of rape and sexual assault at fraternities across the U.S. Even my own Psi U has become a shadow of the fraternity I once called home: The chapter is currently facing a lawsuit alleging that a woman was sexually assaulted on the main floor of the same house where I was initiated, making it the second fraternity at Wesleyan to face a sexual assault lawsuit in as many years. My furious pledge brothers, when news of the lawsuit first broke, called the alleged behavior of our undergrad successors “disgusting,” “shameful,” and “straight-up criminal.” It’s hard not to feel like the place I was once so proud of has become something else, something foreign.

It’s this alarm with the current state of fraternity “men” that may actually hold the key to eventually repairing the relationship between fraternities and the college communities they’re part of. While activists and college officials have worked to combat college sexual assault on campus, the power and responsibility to affect change lies with the perpetrators, not the victims. It will be up to these young men to build a better definition of masculinity, far removed from the toxic caricature that inhabits American frat houses, or risk the eventual implosion of the institution.

It’s hard not to feel like the place I was once so proud of has become something else, something foreign.

Although they have a million and one excuses, fraternities have indeed become functionally inseparable from rape culture in America. The fact that 20 to 25 percent of college women experience rape or attempted rape has become a common theme of the college experience in America, next to skyrocketing student debt.

This much-needed national conversation on campus sexual assault has now centered on fraternities, and with good reason: Beyond tales of booze-fueled debauchery and horrific abuse, studies have shown that men in fraternities are three times as likely to commit sexual assaults than other male college students and the past year of high-profile rape cases has lead many to believe the literal boys’ clubs do more harm than good for social life on college campuses. While some universities are finally taking real steps to curb campus sexual assault, the Penn State incident suggests that this particular American subculture may already be beyond repair.

A conversation about fraternities, however, must start with a conversation about American masculinity in general. Obviously, not every male child is born a raging misogynist, but the seeds of the basic pathologies we see underpinning this iteration of “bro culture” find fertile soil in all-male institutions, where young men negotiate and assert their masculinities. The result is the type of learned braggadocio and propensity for domination the New York Times reports existed on the Kappa Facebook page at PSU—as well as fraternities across the country.

In these environments, otherwise positive male friendships can quickly turn rotten as they find their center in opposition to women. “Male-male relations organize and give meaning to the social and sexual involvements of young heterosexual men in a powerful way,” researcher Michael Flood wrote in a 2008 issue of Men and Masculinities exploring the nature of the American bro.  “Homosocial bonds are policed against the feminizing and homosexualizing influences of excessive heterosociality, achieving sex with women is a means to status among men, sex with women is a direct medium of male bonding, and men’s narratives of their sexual and gender relations are offered to male audiences in storytelling cultures generated in part by homosociality.”

While the view of women as tools in the pursuit of masculine affirmation is extremely troubling, it’s arguably harmless in the context of childhood development: Young boys brag about fake girlfriends in Canada, make up stories about sexual encounters that never happened, or pursue young women, as guided by the flawed instructional manuals of pop culture and knuckle-headed buddies.

When these boys grow up and join fraternities, however, these norms can become warped within the self-contained ecosystem of chapters’ structural power and institutional masculinity, overflowing with capital and cash flow from alumni donations, endowments, and brotherhood dues, not to mention national (and often international) support from alumni and the central organization. Worse, fraternities are by nature staffed by brothers with the physical prowess of grown men but the emotional and intellectual development of high school students—that is to say, your average 20-year-old, albeit one cloaked in privilege and bearing a beer-bong.

Bad press has by now forced schools home to more egregious violators to act, and Wesleyan’s requirement that Psi U go co-ed was applauded by many younger alumni, myself included. However, this game of college whack-a-mole will not further systemic change. According to research by the Center for Public Integrity, students who commit sexual assaults are generally faced with an appalling lack of consequences by university officials. Even more alarming, some university presidents are virtually clueless when it comes to the state of sexual assault on their campuses: According to Inside Higher Ed’s fifth annual Survey of College and University Presidents, only 1 percent of 647 college presidents “strongly agreed” that college sexual assault is prevalent on their campus; some 44 percent disagreed. When asked about sexual assault at other U.S. colleges, only 4 percent disagreed.

No college president wants to admit that their school has a rape problem, an unfortunate reality that puts future students at risk. The only reasonable path forward for both activists and officials is simply to shut down fraternities for good.

The question, then, should be about how students themselves can change the culture of a fraternity in a lasting way—from the inside out. Fraternities have four-year turnovers, so the brotherhood and internal culture laid down by one pledge class may not look anything like the house you visit during your five-year reunion. In a best-case scenario, these incidents serve as wake-up calls for the next generation of leaders, but that’s not the current status quo. Instead, fraternities have insulated and reinforced toxic manifestations of masculinity in the bubble of a beautiful old frat house, creating a safe haven for the worst men have to offer, with no incentive or impetus to change.

The question, then, should be about how students themselves can change the culture of a fraternity in a lasting way—from the inside out.

In reality, it’s bystander intervention by male students that may help vaccinate campuses against systemic misogyny by reshaping Greek culture from the inside out. I witnessed the potential of such attitudes firsthand at Wesleyan—smart, young men who stood up and decided that for us to meet the credo of “service to Wesleyan and society, far beyond our numbers,” we had to prove to the university and our community that you could be a fraternity man and a good man at the same time. This makes the fraternity’s current issues even worse for us: It feels like everything we built was wiped out in a generation. “This isn’t the fraternity I know,” a former brother told me, livid. “I feel like all the did we good for Wesleyan is meaningless now.”

Some would argue that there truly is no salvaging America’s tradition of fraternities, but I think history proves fraternities can change, for better and for worse. But where does that change come from? It starts with educating a generation of young men about dynamic standards of masculinity, so that they don’t cycle back into outdated systems of oppression, even when dropped into the bacchanalia of college life. In order for fraternities to lasting change in other words, the overall culture needs to change, and young men need to be brave enough to stand up and say stop when they see deviations from this path. It’s only then that fraternities may be able to return to the kinds of mission I saw scrawled in garnet and gold in the chapter room of my own Psi U: Service to a university and society, far beyond their number.