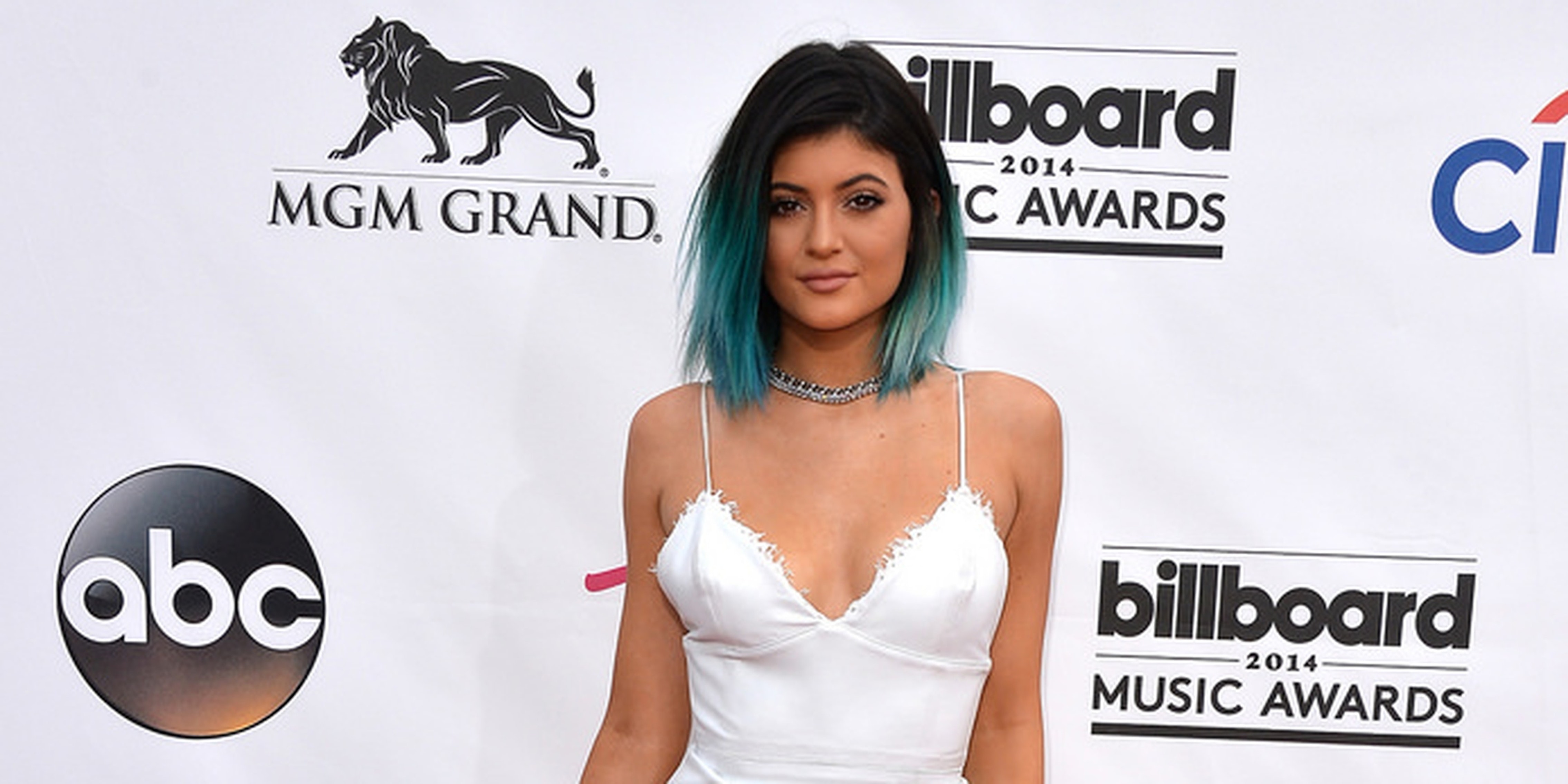 What if we loved black people as much as we love black culture?

The Kardashian and Jenner clan just can’t manage to avoid the spotlight. Indeed, they live for it.

The most recent family member to “break the Internet” is 17-year-old Kylie Jenner. Yet again, she’s at the center of conversations about cultural appropriation, even following April’s viral #KylieJennerChallenge, where scores of young people sucked on shot glasses to plump their lips. Jenner was credited for starting a trend, although big, plump lips are a predominantly black facial feature, one for which black people have historically been mocked and denigrated, but white women get praised for having.

This time, Jenner posted a photo on Instagram wearing Nike joggers, long acrylic nails, and—most notably—cornrows, with a message recalling the lyrics of a Beyoncé hit: “I woke up like dissss.”

And now that she’s facing criticism, Justin Bieber, Andy Cohen, and people all over the Internet have come to Jenner’s defense, showing just how little people actually know or understand about cultural appropriation.

Rather than truly heed Stenberg’s critique, the “Jenner supporters” can’t seem to stop defending her. More generally, people across social media are failing to realize that Jenner’s actions go far beyond one picture. Jenner’s constant fetishization of black culture and features—all while simultaneously staying silent on issues plaguing black America—is something that Stenberg and others confronted.

Of course, these are two teenagers engaged in a conversation, but we can do more than insult their intelligence by claiming they’re “too young” to make comments on social issues. Jenner supporters should recognize that her appropriation of black culture and inherent white privilege needs to be addressed, especially considering this isn’t the first time Jenner’s hairstyles have caused her to receive backlash from minorities.

If you’re someone who benefits from white privilege and/or identify as a Jenner supporter, understand that taking the time to learn, be accountable, and support black people starts with you. Here are a few of the harmful myths circulating about Jenner’s hairstyle, myths that dismiss why cultural appropriation is so damaging to black people.

First off, there’s no such thing as a “white hairstyle.” Straight hair and blonde hair are not unique to white people. However, what Jenner did was appropriate black culture.

In its most basic definition, cultural appropriation entails a majority group taking something from a marginalized, minority ethnic group, often for frivolous reasons or financial gain. In a YouTube video called “Don’t Cash Crop On My Cornrows,” Stenberg herself defines appropriation as the following:

What’s important to note in both of these definitions is that appropriation benefits those in power (i.e. white people). Cornrows and other braided styles aren’t simply a matter of fashion for black people, especially black women, they’re a staple of hair care and even cultural esteem. In her decision to wear cornrows, Jenner appropriated black culture because she took something from another culture for praise, which she roundly received. On the other hand, if a black person had worn their hair in the same, or a similar style, they’d be critiqued for it, or it’d be deemed unsightly, unprofessional, and unwanted. It’s the dynamic that played out when Fashion Police co-host Giuliana Rancic lampooned Disney star Zendaya’s dreadlocks on the Oscars red carpet, saying they made her look like she smelled of “weed” or “patchouli oil.”

Until black people and other minorities are not systematically oppressed, this will always be considered appropriation.

Appropriation, however, isn’t to be confused with Western cultural assimilation—where people of color may adopt the behavior, values, and style of the dominant culture as a means of accessing economic, personal, or political power. Oftentimes, it’s not because they have a choice, it’s because social norms make mainstream, white American culture the default, and those who don’t fall in line suffer the consequences.

When black women relax their hair, get weaves, or hair extensions, it’s often a form of assimilation. Many black women do this because we are reminded on a daily basis that our hair is undesirable or unruly, and we’re persecuted for wearing our hair in its natural state. Society tells us that we live in a world centered on European beauty and that Western features are more beautiful. In order to be accepted into the mainstream, many black women alter their natural hair.

If they don’t adapt, they can face job discrimination or persecution, something that most white people will never have to worry about

2) It’s just hair. How Kylie styles hers shouldn’t matter to anybody

Historically, it’s not “just hair.” It never has been and probably never will be.

Hair becomes more than just dead cells on one’s head when different races are held to different standards for wearing the same hair style. Why is it that the Jenner sisters are praised and hailed for “starting a trend” that black people have worn for centuries? A well-known stylist was even quoted last fall in the Los Angeles Times, claiming that “cornrows are moving away from urban, hip-hop to more chic and edgy” just because supermodel Cara Delevingne wore them to the Costume Institute Gala.

If a white girl gets cornrows or braids she’s seen as “high fashion,” but when black women wear their hair in the same style, we’re called “ghetto.” Jenner’s privilege as a white, rich woman allows her to do and wear whatever she pleases, without dealing with some of the consequences a black woman would face for doing the same thing.

Cornrows aren’t just some cool or trendy style that black people decided to pick up one day. In fact, anyone who researches the origin of cornrows, will find that there’s a long history revolving around this hairstyle and black people.

Cornrows originated in Africa and were an integral part of black culture for both men and women. In African culture, this style is widespread and different cornrow styles are said to identify various things like age, ethnicity, religion, and even kinship. However, as more white women appropriate this important staple of black culture, the more cornrows seem to lose their historical significance.

Without taking the time to learn about, and show appreciation and respect for black culture, people like Jenner and others instead rip it off—and show little-to-no love for the originators. Her flippant response to Stenberg’s critique, as well as Bieber and Cohen’s defense of it, couldn’t have been more telling, and these types indeed have a common denominator. They’re all white people who have reaped the benefits of mainstreaming and profiting from black culture, doing so in ways that black people can’t.

4. Saying that someone can’t wear a certain hairstyle because of their skin color is racist

If you think @KylieJenner is racist because she is wearing cornrows, you're racist for saying cornrows are predominantly a black feature

However, because so many people classify Jenner’s actions, or appropriation at large, as “not a race issue,” or say “black people are exaggerating,” it often gets swept under the rug. Appropriation continues because people don’t want to face the racial undercurrent of the problem. And it won’t stop until people realize the damage it does to various groups of color.

Just to be clear: Jenner wearing black hairstyles, having a now-darker skin complexion, and her sisters having relationships with black men, does not magically give her a black card. In fact, claims like these are disrespectful to the actual black community.

As America found out during the debate about Rachel Dolezal, skin tone does not define whether a person is African-American because there are plenty of light-skinned black people and even white Africans. White people can indeed be allies and sympathize with black issues, but they will never be black nor know what it feels like to be black in America.

Black culture is not a costume, and white people do not get the privilege of being able to take their “blackness” on and off as they please. Saying that someone “identifies” with a certain race or culture does not give them a pass to take from that culture, just like one’s ability to connect with black people doesn’t make them black.

That’s what Jenner, and the Internet, needs to learn about cultural appropriation.