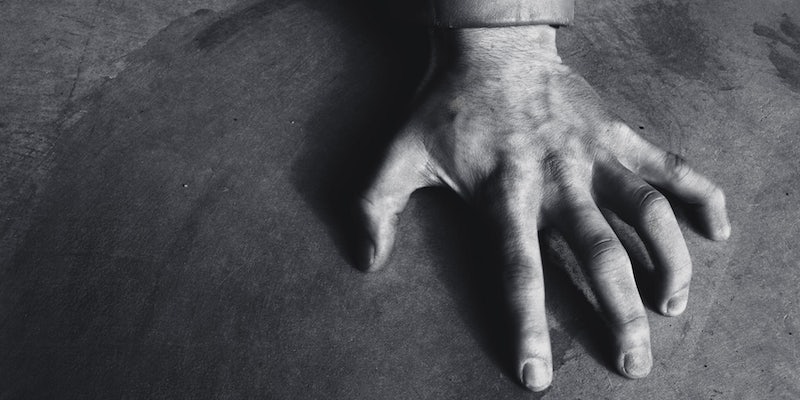 To solve America's masculinity crisis, we need to teach men like Elliot Rodger there's more than one way to receive affection.

Elliot Rodger certainly wasn’t gay as a Fox News guest recently hypothesized but cultivating more satisfying forms of male homosociality might be one step we can take to curtail future mass shootings perpetrated by lonely men.

Men like Rodger tend to have very few friends. According to a recent article in the American Sociological Review, white heterosexual men have the fewest friends of any group of people in the United States. And, as Lisa Wade notes in an article for Salon, “men desire the same level and type of intimacy in their friendships as women, but they aren’t getting it.”

Straight white men in the United States are facing an intimacy crisis. There’s a lot we don’t know about Elliot Rodger but we do know that he craved intimacy. His voluminous and horrific manifesto chronicles his yearning for physical contact from his adolescence until his death. Elliot Rodger was a young man who wanted touch and closeness in his life.

But Rodger, like so many straight white men, could only tolerate one particularly narrow form of intimacy: sexual contact with conventionally attractive white women of a certain social status. The possibility of participating in forms of physical intimacy that are not tied to heterosexual intercourse does not occur to so many men in Rodger’s position.

The problem that straight white men like Rodger face is one of their own creation. By perpetuating straight male homophobia, straight men starve themselves of a much-needed source of intimacy and affection: each other. As Mark Greene of The Good Men Project notes, “straight men have been banished to a desert of physical isolation” because male-male touch now reads as “gay” and “gay” is anathema.

In his essay, Greene observes that the stigmatization of male homosocial intimacy in the United States is a fairly recent historical development. Prior to the historical construction of the figure of the “homosexual” and the formal inauguration of heteronormative systems of oppression, straight men held hands, shared beds, and cuddled. Even the founders of the notoriously homophobic Mormon religion, for example, were accustomed to this form of homosocial intimacy.

In light of this history, public displays of male homosocial affection (such as Patrick Stewart and Ian McKellen’s heartwarming relationship) are nothing new; these displays model what male homosocial intimacy would look like today if we had bypassed a century of homophobia. Greene argues that we need to turn back the tide of this history, that “we need to empower men to touch” once again.

Most women don’t suffer from the “touch isolation” that Greene describes. Like many women, my friends and I can hold hands and cuddle whenever we want without any homophobic squirming. In the United States, straight women and gay women alike kiss, hug, hold hands in public, and share beds. In fact, affection between women is so pervasive that my public displays of affection with my female sexual partner are often coded as platonic: “You’re just really good friends, right?”

Women have long since proved that we don’t need to rely exclusively on our sexual partners for all of our emotional and physical intimacy. We put the model in place for men to follow. But straight white male homophobia prevents straight men from meeting their emotional and physical needs in the same way as women. Straight white men are literally starving themselves of the emotional resources that they need to survive.

The cruel twist in the logic of Elliot Rodger and other Men’s Rights Activists (MRAs) is that they blame their loneliness on women instead of themselves. Rodger famously claimed, “All of my suffering on this world has been at the hands of humanity, particularly women.” Women in close friendships with one another perfectly demonstrate one potential solution to Rodger’s loneliness and yet they are also his first targets.

Like so many men in his position, Rodger blamed women for failing to comply with his single, narrowly-defined mode of companionship instead of expanding his emotional horizons to accept companionship from other men. His predicament is equivalent to claiming that you can’t eat at a buffet because your favorite dish is not readily available.

Instead of softening the blow of romantic rejection via supportive in-person contact with male friends, Rodger settled for indirect and often asymmetrical modes of expressing his emotions: video logs, forum posts on PUAHate.com, and angry manifestos. He sought catharsis in the most lethal way possible but never seemed to consider alternate solutions for his problems.

It’s time for straight white men to quit blaming women for their loneliness and to start finding solace in each other’s company. Women can’t bear the brunt of men’s misogynistic violence while simultaneously providing them with one hundred percent of their physical and emotional needs. We can’t continue to suffer from sexual violence and murder because men can’t figure out how to manage their sadness.

Elliot Rodger was a lonely young man whose possibilities for affection and intimacy were severely restricted. But I have no sympathy for a man who chose to target women instead of dismantling the prejudices that narrowed his possibilities for happiness.

If men in Rodger’s position want to work toward a world where men can express their feelings without using bullets, one of the best places to start might be cultivating meaningful homosocial friendships.

Men have to learn to take care of each other. We can’t do it anymore.