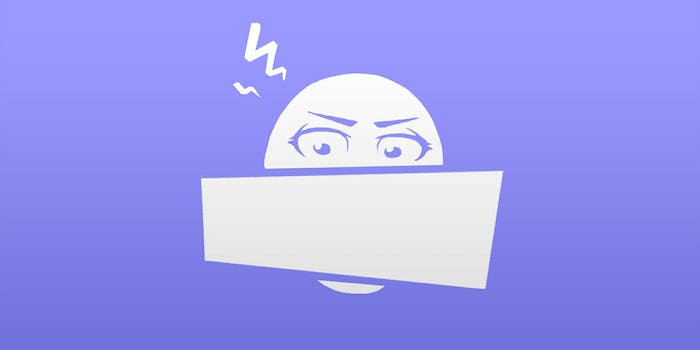 The hashtag doesn't mean what you think it means.

I stand with Bahar Mustafa. On Tuesday, Twitter erupted after it was reported that Mustafa, a University of London student union diversity officer, was arrested and being charged with “racially motivated malicious communication” for tweeting the hashtag #KillAllWhiteMen. This followed controversy surrounding her request that white men not attend an April event the student union hosted for women of color and non-binary women.

Both incidents have been used to accuse Mustafa of being racist and sexist, an accusation she publicly refuted: “I, as an ethnic minority woman, cannot be racist or sexist towards white men, because racism and sexism describe structures of privilege based on race and gender.”

Racism and sexism require both prejudice and power, and as a woman of color, Mustafa lacks both white privilege and male privilege, and thus lacks any structural or institutional power in these areas. Yes, she is a student leader at a fairly prestigious college, which may give her cultural currency and even other types of privilege, but that is irrelevant to this discussion. Intersectionality—the theory we are all differently privileged and oppressed—is key to understanding why, coming from Mustafa, #KillAllWhiteMen is different than, say, #KillAllGayMen.

Before I go any further, I’m going to check my own privilege. I’m a white man. When I see #KillAllWhiteMen, my feelings get a little hurt. I squirm a bit. But this isn’t about me, as Patrick Benjamin pointed out earlier this year in Smiths Magazine. What it is about, he writes, is white men being “worried that their authority is being challenged”:

Us white males do not live in a society where we have been historically oppressed and marginalised; as a result, we do not experience the same societal obstacles and prejudices that [women of color] do today.

This explains—but doesn’t excuse—the ignorance pervading the outrage over this hashtag. #KillAllWhiteMen is the “Smash the Patriarchy” of the 21st century—as well as a play on “Kill All Men,” the misandry meme which has been around since the 1990s. As the feminist blogger Stavvers wrote a full two years before the controversy over Mustafa erupted, “nobody is actually planning to kill all men. Not even some men. It’s just a phrase, an expression of rage, a rejection of a system which is riddled with violence.”

However, #KillAllMen has come under criticism from some intersectional feminists because of the very violence Stavvers discusses. When you say #KillAllMen, you’re including, well, all men. In an age where Black men are killed by police an alarming rate, where refugees are fleeing persecution in Africa and the Middle East, and where trans men fight for their right to exist, #KillAllMen can seem oblivious to the oppression others face.

I’m a white man. When I see #KillAllWhiteMen, my feelings get a little hurt. I squirm a bit. But this isn’t about me.

#KillAllWhiteMen, on the other hand, can be a useful rhetorical tool for women of color to vent their frustrations at white supremacy and patriarchy in one fell swoop, with a convenient hashtag to find like-minded feminists. It’s not perfect and some may find it insensitive, but it’s not necessarily malicious, either.

However, malicious communication is exactly what Mustafa has been charged with. Neither #KillAllMen nor #KillAllWhiteMen are incitements to violence or meant to be taken as a call to arms. Hoards of angry feminists are not about to massacre men. These are structural—not personal—attacks, glib remarks by righteously angry women (and some men).

Mustafa’s tweet, and any tweet by anybody using these hashtags, is not in the same category as Sun columnist and former reality TV star Katie Hopkins’ repeated remarks about Muslims. Over the last year alone, Hopkins has been reported to the police multiple times for incendiary and dangerous comments on her Twitter. She called Palestinians “vermin,” advocated mass bombings, referred to asylum seekers as “cockroaches,” and insinuated that British men of Pakistani descent are pedophiles.

But she has yet to be summoned to court. Bahar Mustafa tweets one hashtag and she’s charged with a crime.

If ever there was a case study in privilege, this is it. There is not an epidemic of violence against white men perpetrated by women of color. As a group, white men are rarely (if ever) attacked, and statistically, white people are more likely to the perpetrators of violent crime. A 2014 study by the Crown Prosecution Service found that just over 70 percent of hate crimes in Britain were committed by white folks, and nearly 84 percent of those acts were committed by men.

The figures are similar in the U.S., where the Federal Bureau of Investigations reports that only 22 percent of hate crimes in 2012 were committed against white people.

Neither #KillAllMen nor #KillAllWhiteMen are incitements to violence or meant to be taken as a call to arms. Hoards of angry feminists are not about to massacre men.

It’s a stark contrast to what Mona Chalabi reported in her documentary Is Britain Racist?, which earlier this week aired on BBC Three. Over the last year, there has been an 70 percent increase in hate crimes against Muslims in London, and nationally, 60 percent of hate crimes against Muslims are perpetrated against women. Writing for the Guardian, Chalabi pointed out that “as long as systems of power remain white, racism against white people will not be the same as racism against people of other races.”

This is why #KillAllWhiteMen punches at patriarchy and white supremacy, instead of being a jab at individual men. The women tweeting this hashtag are literally the ones being attacked and killed, not the white men they’re tweeting about, and #KillAllMen and #KillAllWhiteMen highlight that reality by offering a satirical take on structural oppression and inequality. In that way, #KillAllWhiteMen isn’t about killing white men at all. It’s about giving a voice to women of color, who are being harassed and assaulted at startling rates.

That is what we should focus on. That is what should make us angry. Instead of silencing Bahar Mustafa with a pair of handcuffs, we should be asking her what motivated her outrage to begin with.