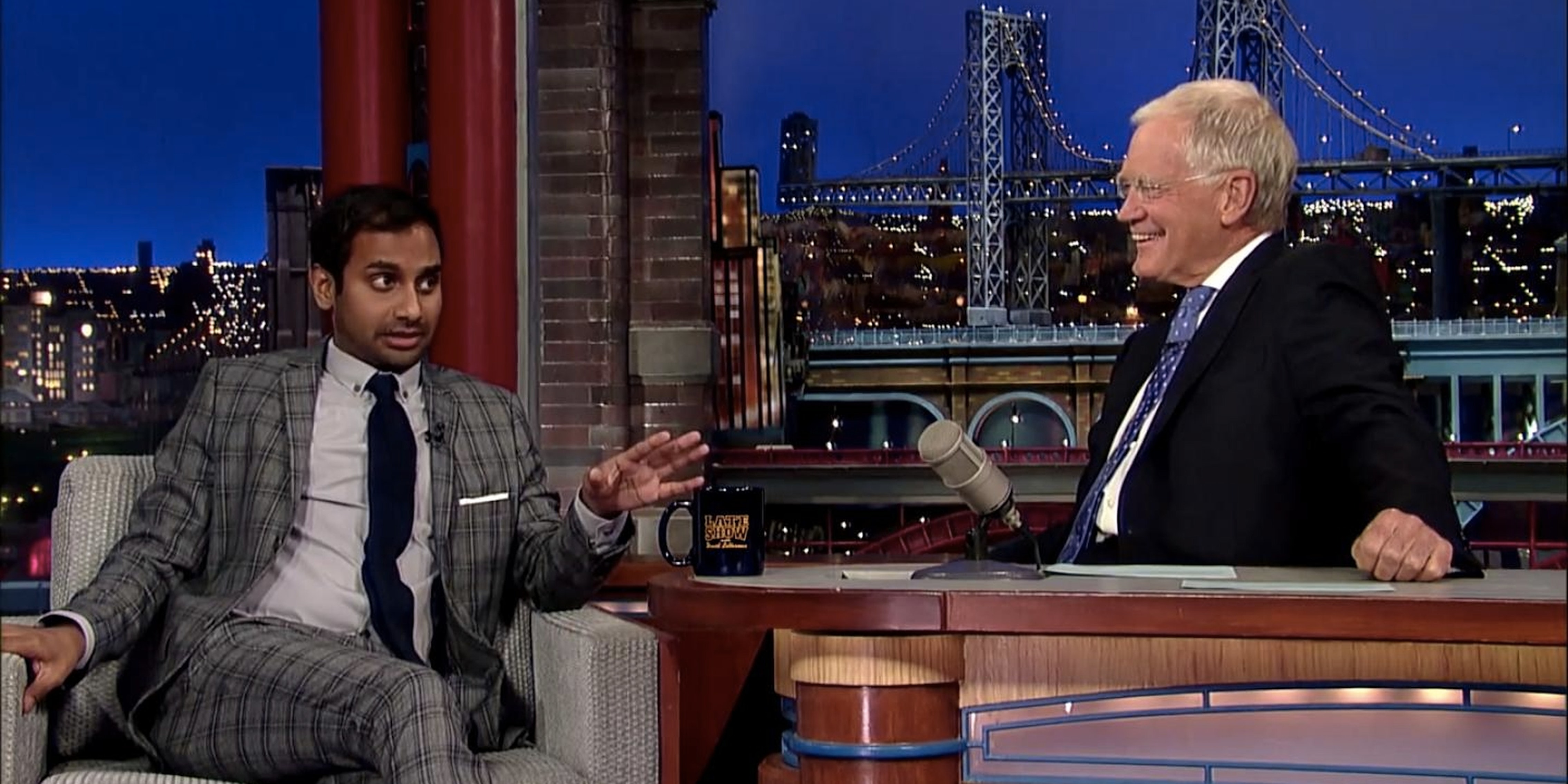 Aziz Ansari and the problem with celebrity feminists

It is very, very trendy to be a feminist right now—just ask Aziz Ansari, who spoke about why he supports the cause last night on The Late Show With David Letterman. And while as a feminist, I cannot tell you enough how great it is that more and more celebrities are labelling themselves with the F-word, I also can’t help but wonder: Is it feminism quickly becoming just the latest celebrity fad?

The Internet is blowing up right now with just how great Aziz’s speech on feminism was—and they’re not wrong. He boiled down feminism to its basics, and while much of what he’s said has been reiterated plenty, given both his fan base (young, heavily male, fairly liberal) as well as Letterman’s fan base (not as young, heavily male, people who make a conscientious choice to watch CBS), it never hurts to hear it again:

“My girlfriend has influence on me—she’s a big feminist, and that made me think about those kind of issues. I’m a feminist as well. Any feminists here? Clap if you are. Here’s the thing: There’s a lot of people that didn’t clap, but I don’t believe you. If you look up ‘feminist’ in the dictionary, it just means someone who believes men and women have equal rights, and I feel everyone here believes men and women have equal rights. But I think the reason people don’t clap is that word is used so weirdly in our culture; now people think ‘feminist’ means some woman is going to start yelling at them… That’s why even some women don’t clap; they’re like, ‘I don’t want that crazy bitch yelling at me, no thank you!’ So I feel like if you do believe that, that men and women have equal rights, if someone asks if you’re a feminist, you have to say yes, because that is how words work.”

His mansplaining bit notwithstanding, here’s the problem with Aziz’s declaration of feminism: If you watch the full interview, the segue to feminism came so far out of left-field, it’s hard to think that Aziz wasn’t prepped plenty by a cadre of publicists who reminded him that being a feminist right now—especially a male, willing to be a feminist—is really, really great for the personal brand. And before you write me off as a cynical man-hater who is the exact reason why feminism feels so exclusive and militant, take a look around at all the celebrity feminists crawling out of the woodwork of late: Taylor Swift, Karl Lagerfeld, Joseph Gordon-Levitt, even Beyoncé, if we’re calling a spade a spade (her December 2013 album may have been a feminist mic drop, but just eight months before that, she was shying away from labelling herself as a feminist). It’s not to say that people can’t change and their views never evolve—Swift is only 24, after all—but it’s hard to deny that feminism is the new buzzword to seem like a forward-thinking, progressive individual, and to sound really, truly great when it comes to generating strong PR.

“At this point, the feminist label is no longer particularly radical, or even necessarily political. It’s just good branding,” writes feminist journalist Amanda Hess over at Slate. “Are figures like Lagerfeld and [Emily] Ratajkowski promoting feminism, or just using feminism to promote themselves? It’s impossible to tell. For a new crop of celebrities, feminism can signify absolutely anything—or to put it another way, nothing. The important thing is just saying the word where somebody hears you.”

Hess goes on to describe that, to be fair, feminists have been hoping for years to get celebrities to champion the cause, to help take it from being an -ism to a normalized and accepted fact, but with more and more celebrities co-opting feminism and trumpeting the “It just means equal rights for men and women!” refrain, “feminist” as a descriptor is losing its meaning. And Hess is not wrong at all. While some celebrity feminists like Emma Watson, whose speech to the UN rocked the Internet last month, are happy to put their money where their mouth is and really discuss the nuances to feminism—the gender inequality in the workplace, the sexual double standards, all of it—many other celebrities are ready to crow to the press about being feminists with little to no substance to back it up. And in the world we live in—where celebrities are more manufactured than ever, with armies of publicists, managers, agents, and image consultants ready to polish and buff every move their clients make—without the nuance it’s hard not to think that celebrities are adopting feminism simply due to the untold amounts of good it can do for their brands.

I like celebrities. I like feminism. I would love for there to be more celebrity feminists, because while I may not believe in trickle-down economics financially, I want to believe that social change can trickle down. I do think that the NFL should own its domestic violence problem, so that I can stop arguing in bars with bros about how “it’s not the NFL’s problem, really.” I do truly believe that my generation, more than most, is influenced heavily by what is trendy. But therein lies the problem: Feminism is far more than a trend, and it deserves more than a recent surge of hashtag activism. Like I said, I like celebrities. I like feminism. But celebrity feminists? I’ll pass.