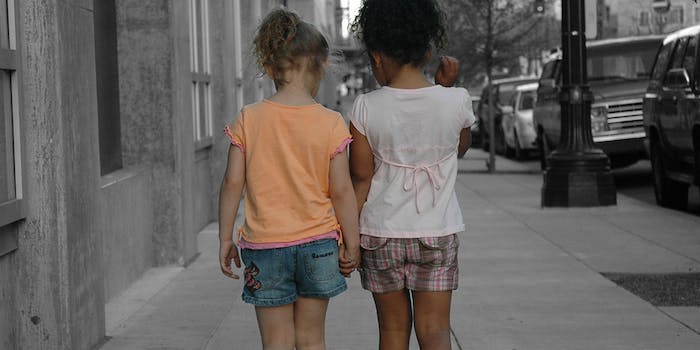 Now for some reality: Yes, all black people experience racism.

It seems as if blacks and people of color can’t call out large-scale trends in overt and subtle racist behavior without being told by whites to stop talking about racial privilege in terms of white people, white skin, cultural appropriation, microaggressions and how clueless white people can sometimes behave when confronted about it.

But here we are still having a conversation about how to discuss racism. That’s because most of us—mainly most white folks—have demonstrated that we simply do not know how or just aren’t willing to discuss racism, in countless tweets and online comments. Instead of white people being accountable for how they perpetuate racism and white privilege, blacks and people of color are often told to speak in terms of “not all white people” have racist behaviors and that “not all black people” experience racism.

And now for some reality: Yes, all black people experience racism. That’s in subtle and overt ways and regardless of whether they openly discuss it or not. And it’s about time that white people, on the whole, get over themselves and their feelings and truly begin heeding the lived experiences of black folks.

So, allow me to break it down for you, white people. This isn’t about you, in terms of your identity. It’s about what you need to begin doing to become actively anti-whiteness, which is about a system.

First and foremost, racism historically and continually uses whiteness and proximity to whiteness as a means to control resources and access to institutional and social power in American society, often at the expense of blacks and people of color. Even when whiteness intersects with other marginalized social categories such as class, sexuality, gender, ability, and nationality, white identity and perceived whiteness (via whiter-looking skin) often affords an individual a better chance of moving through life much easier than their counterparts.

Racism, at its very root, is a system of supremacy—white supremacy.

That’s something that Dr. Peggy McIntosh’s 1989 essay, “Unpacking the Invisible Knapsack,” pinpoints in a near-comprehensive list of the everyday privileges she noted that white people like her often take for granted—privileges white people didn’t ask for, but automatically inherited based on how American society has been constructed.

“The silences and denials surrounding privilege are the key political tool here. They keep the thinking about equality or equity incomplete, protecting unearned advantage and conferred dominance by making these taboo subjects,” McIntosh wrote, adding that whites should consider using their unearned advantage to dismantle the system in itself and level the racial playing field in the process.

Instead of white people having a conversation about how they can use their privilege to dismantle the unfair advantages and level the playing field—while practicing intersectionality—it instead becomes a game of privilege denial and the Oppression Olympics. We can’t get anywhere when white people simply disavow racism or deny it when called out.

Ultimately, it’s about time that we stop making whiteness the focal point in a conversation about racism, because the real focus should be the everyday lives of blacks and people of color who have to navigate social and institutional indignities repeatedly.

For people of color who aren’t white, or who have the privilege of having whiter skin and, perhaps it’s time to begin questioning how you benefit from white privilege and begin openly rejecting it, in solidarity with the broader black experience of being cast as the “other” at the opposite end of a racist continuum. Some advocates are already putting that into practice, as demonstrated with Not Your Asian Sidekick.

And hopefully blacks and those who support us can begin by more fervently speaking up about our lived experiences, so that they can no longer be ignored, denied, or deliberately silenced. To those ends, here are 17 things that #YesAllBlackPeople experience on a constant basis:

1) #YesAllBlackPeople contend with whites dictating to us how we should talk about racism, instead of taking our lead in the conversation. (Yes, that includes Tim Wise.)

2) #YesAllBlackPeople encounter multiple anti-black indignities on a regular basis, regardless of how rich, educated, or powerful we are.

3) #YesAllBlackPeople are tired of having our lived experiences with racism undermined by white feelings, despite our decades of informed protest.

4) #YesAllBlackPeople know better than Webster’s Dictionary what racism actually means. We’re living it. Don’t whitesplain it to us. (Webster’s and Oxford English Dictionaries are largely white-controlled purveyors of language.)

5) #YesAllBlackPeople talk about race mostly in terms of black and white because that’s been our primary frame of reference for more than 400 years in America.

6) #YesAllBlackPeople know that #NotAllWhitePeople are racist. But we’re talking about a system, not you personally (unless we have to). Get over yourself.

7) #YesAllBlackPeople remain vastly underrepresented in Congress, in the police force, in corporate leadership, at colleges and universities, in school curriculums, and—yes—the media’s newsrooms and leadership.

8) #YesAllBlackPeople find it harder to gain employment in bad economic times, with black unemployment approximately double the average for whites and the general population.

9) #YesAllBlackPeople encounter barriers to equal housing opportunities, since some realtors and financiers seek to protect neighborhoods enshrining whiteness than give us a fair shake at cultivating a happy home.

10) #YesAllBlackPeople would love to have anti-racist white people in their lives, who listen and support their leadership, and not as savior-esque allies.

12) #YesAllBlackPeople can say the n-word if we want to or not, and white people still can’t and never should. Blacks own the conversation on that word’s signification, not you.

13) #YesAllBlackPeople have to often racially code switch as a method of survival and getting ahead, because our authentic expressions are seen as inferior to whites.

14) #YesAllBlackPeople struggle against corporate dress codes, advertisements, and even romantic partners with Eurocentric ideals of beauty, such as chemically-straightened hair or close-cropped haircuts.

15) #YesAllBlackPeople and especially black men worry that a simple stroll down the street or a trip to the store could mean a nasty encounter with racial profiling.

16) #YesAllBlackPeople navigate emotional policing, silencing, derailing when attempting to speak up in a public forum, in a classroom, to their friends, or even in news articles and columns about the racism they experience.

17) #YesAllBlackPeople would prefer to share their lives, experiences, and struggles without being seen as the representative of all people from their racial group.

When white people are ready to divest from the system of whiteness, maybe then we can actually have an authentic conversation. But, until that moment, white people in privilege will continue sobbing about their hurt feelings while countless blacks, people of color and the associated poor fight for basic human rights and needs—like a glass of water in Detroit.

Derrick Clifton is a NYC-based journalist and writer primarily covering race, gender, and LGBT issues, and their intersections with politics. Follow him on Twitter, on Facebook, or visit derrickclifton.com for more information on his work.