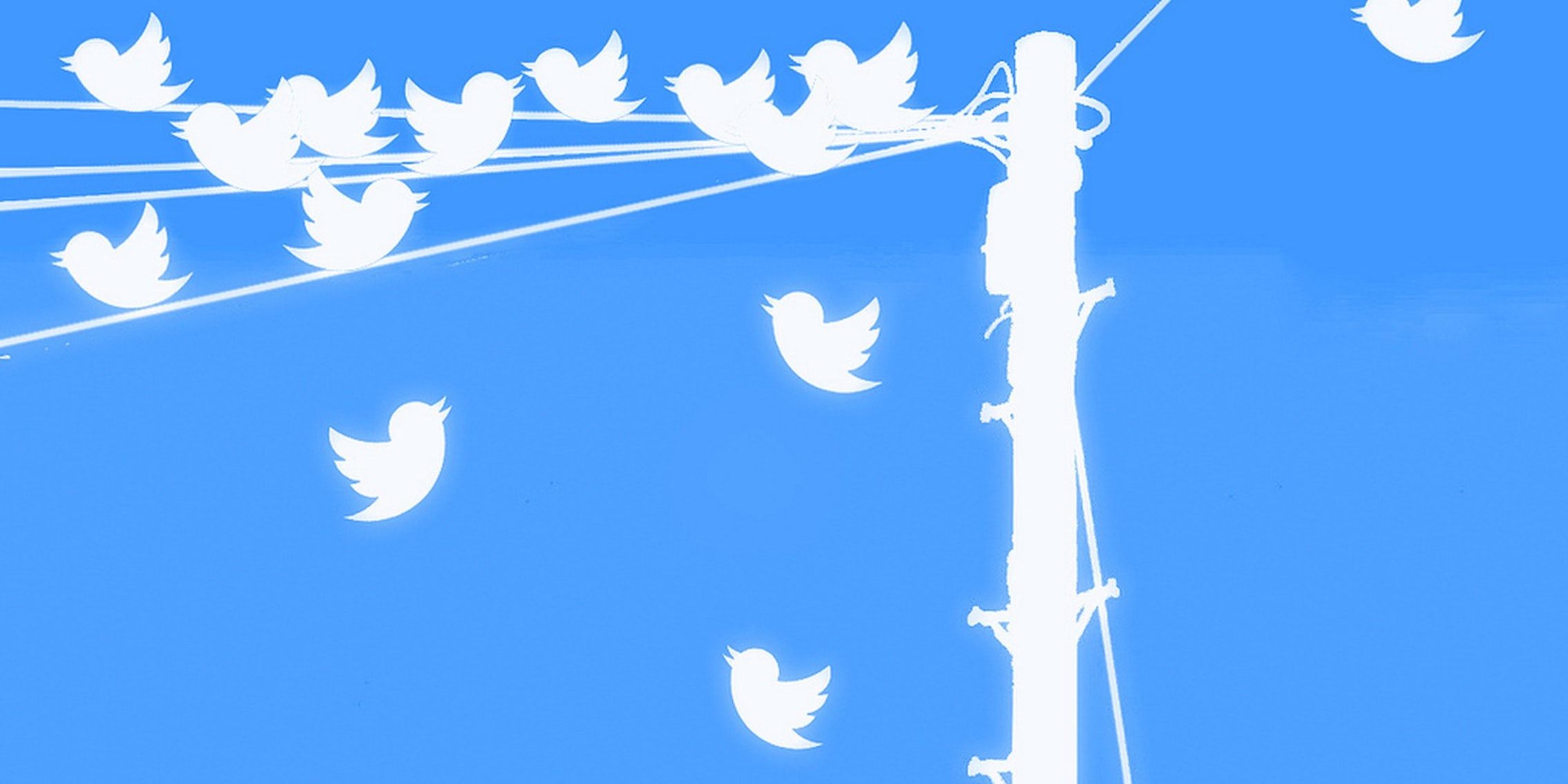 10 years ago, Twitter changed the world—now it needs to change

Twitter, the microblogging platform that made the simple act of telling others what you’re doing, thinking or seeing into a powerful social movement, celebrates the 10th anniversary of its first tweet on Monday. But the major milestone comes in the middle of uncertain times for the social media platform—which has faced continuous stock erosion while its user numbers have plateaued.

The trouble with Twitter is that while the digital landscape has evolved dramatically in the past five years—with the introduction of services like Snapchat and WhatsApp—Twitter is roughly the same service that it always was.

The company that changed the world is struggling to change.

In 2006, co-founder and current CEO Jack Dorsey envisioned the platform as as a literal status update: It not only informed the world about what was happening at the current moment but also allowed users to boast that they were at the hottest nightclub or the coolest party. To tweet symbolized that you were part of the action. But in a digital landscape where live-tweeting has become the norm, the company needs to figure out how it will evolve over the next 10 years.

On March 21, 2006, Dorsey sent out the inaugural tweet from his phone:

The mass force of Twitter has been behind some of the greatest democratic movements in the modern era—from the Arab Spring to #BlackLivesMatter. Tweeting about injustice, whether it was on the streets of Cairo or Ferguson, Missouri, helped keep stories about the brutality of totalitarian regimes and local law enforcement in the public eye. The service also gave users a tool to organize on the ground, bringing digital action to the public square. Photos of Arab protesters gathered together in protest—holding signs saying “democracy” and “game over”—are the ultimate indication of its transformative power.

That pendulum, however, has swung both ways. The Arab Spring generated a wave of democratic outcry. But groups like ISIS, an Islamic fundamentalist group notable for using social media to disseminate propaganda, have propsered online. If Twitter has been a tool for justice, it’s also become one of terror—where violent militias can broadcast bloodshed to the world. In 2015, ISIS posted the beheading of 21 Coptic Egyptians to the site, calling it “a message signed with blood to the nation of the cross.”

Twitter has struggled with where to draw the line of free speech.

ISIS deftly uses Twitter as a recruitment tool to get social media users to join the cause. Last year, BuzzFeed reported that three teenage girls, Shamima Begum, 15, Kadiza Sultana, 16, and Amira Abase, 15, left their homes in the United Kingdom after corresponding with a Twitter account linked to ISIS. Shortly before leaving, Begum began exchanging tweets with Aqsa Mahmood, a 20-year-old Scot who joined ISIS two years prior. On Feb. 15, 2015, Begum asked Mahmood to direct message her. Days later, she was gone.

The company has responded by deleting accounts known to be tied to ISIS, but this wave of violence has deeply become indicative of the Twitter experience over the past few years. As in the case of platforms like Reddit, Twitter has struggled with where to draw the line of free speech.

In 2014, a movement that dubbed themselves Gamergate started a campaign of targeting female users—particularly feminists—under the guise of “ethics in gaming.” “The company seemed to be wholly unprepared to handle mob violence, with few tools at its disposal to moderate or quell uprisings,” the New Yorker’s Joshua Topolsky writes. “Even its beloved celebrity users couldn’t be protected. In August of 2014, Robin Williams’s daughter, Zelda, was driven off the service after a series of vicious attacks.”

If Twitter is a breeding ground for harassment and hate, that reality has been especially true during the current election cycle—in which GOP candidate Donald Trump has consistently stayed in the headlines by doxing and hate-tweeting those who disagree with him. Last August, Trump leaked Sen. Lindsay Graham’s phone number to an audience of supporters in South Carolina, a common retaliation tactic on the Internet. In a notable case, singer M.I.A. posted the personal number of a New York Times reporter who wrote about her unfavorably.

Trump has cemented his place as the Republican frontrunner by being the greatest troll on the Internet. After the first televised presidential debate, he aired his grievances with Fox News host and moderator Megyn Kelly on Twitter:

These incidents are indicative of Twitter’s fundamental paradox: For a company that started the social messaging revolution, it’s been slow to catch up with how that tool has developed in the past decade. The service is ground zero for some of the most important political discussions of our era, but in the age of Donald Trump, it’s also become one that normalizes harassment.

Today Twitter’s reach has not only been eclipsed by Facebook, which has crossed the 2 billion mark while Dorsey’s company has flatlined at 300 million. WhatsApp and WeChat have surpassed Twitter in user totals, while Snapchat is quickly catching up. In today’s ever-competitive media landscape, companies must grow or die.

In today’s ever-competitive media landscape, companies must grow or die.

As Huffington Post’s David Giannetto explains, such is the fate of tech pioneers: Companies like Twitter are often forced out of the very industries they revolutionized. He calls it the “Eight Year Rule.”

“Yahoo was born in 1994 and quickly reinvented how people access the Internet, creating the first personalized portal, later integrating the first popular spider-based search engine (Google) and becoming the first Japanese stock to trade over 100 million yen,” he writes. “Eight years after its birth—in 2001—its stock would close at an all-time low near $8 per share and begin a period of floundering and failed miss-starts that continues to this day.”

If the same was true for companies like MySpace and AOL, what has made Facebook different? It’s because if we’re speaking accurately, it would be difficult to describe Mark Zuckerberg’s company as a single entity. The social media company has built a network of evolving technologies through purchasing rival startups like Instagram and next-generation devices like the Oculus Rift. In contrast, Twitter has yet to come up with a convincing Phase Two strategy—one that indicates it can compete with the hub of communities Facebook has built.

So far, Twitter’s strategy seems to consist of mimicking Facebook. Last year, the platform changed its favoriting option to an emoticon heart, a tool that suspiciously resembles Facebook’s signature “Like.” Earlier this year, it announced the rollout of Twitter 10K, an option that would allow users to circumvent the character limit. If Twitter only allows users to express themselves in 140-character bursts of information, Facebook has no ceiling on the length of status updates, meaning that users could write Ulysses if their hearts desired.

But to copy that feature is to miss the point: Tech users aren’t looking for another Facebook. They’re looking for a Twitter fit to meet the needs of 2016 and beyond. After public outcry, Dorsey announced that Twitter would not be offering the option of longer tweets—but it has yet to announce the game-changing tweak that will replace it. It’s the ultimate symbol of a company that’s currently running in place, unsure of what’s next.

For an entire generation, Twitter redefined what it means to be alive in an era where we live in public.

Over the past decade, Twitter has helped bring the world closer together by doing something that was both simple and extraordinary: It gave people a microphone. For the frustrated citizen angry about the state of the political system, Twitter became a chance to talk back to those in power. For the marginalized, the oppressed, and the voiceless, Twitter offered a way to have your concerns and your stories heard. For an entire generation, Twitter redefined what it means to be alive in an era where we live in public.

But if Twitter wants to survive, it’s not enough to provide a platform. If the company wants to be around for another 10 years, Twitter needs to figure out what it wants to say—and how it wants to say it.