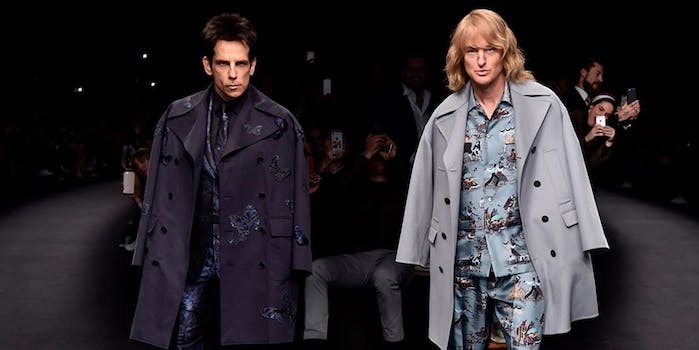 Sure, it's a publicity stunt. But it's a pretty awesome one.

Dressed in custom-made Valentino suits, Ben Stiller and Owen Wilson recently made a surprise appearance at Paris Fashion Week, strutting the catwalk as Derek Zoolander and Hansel. It was like 2001 all over again. Except in 2001, we didn’t have Vine.

We’ve already seen plenty of clips from the show, but one moment stands out in particular: Zoolander stealing someone’s phone and taking a video selfie with his signature Blue Steel expression.

It turns out the phone belonged to French Vine star Jerome Jarre, who is at Paris Fashion Week achieving such terrifying feats as getting a kiss from Anna Wintour.

It’s probably not a coincidence that the phone in question belonged to a Vine star. But even if the event was staged, does it really matter? After all, that type of blatant self-promotion is part of Derek Zoolander’s charm.