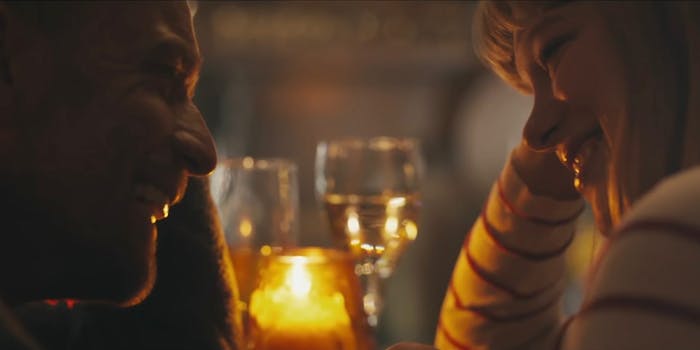 In ‘Zoe,’ Ewan McGregor looks for love in the age of robot companions

The Amazon Prime film explores the ethics of dating AI.

This review contains spoilers for Zoe.

Zoe, a futuristic love story that blends AI with very human emotions and drives, wants to explore the kinds of relationships we have with one another, but it fails to connect on a number of levels as even Ewan McGregor’s usual charm can’t save its story.

The film—which debuted at the Tribeca Film Festival and was picked up by Amazon Prime—arrives as the latest to delve into the complex relationships we have with technology and artificial intelligence. These movies pose questions of whether they can obtain consciousness, the ethics of the relationships between humans and the machines they build, and invasive technology. We’ve seen different iterations of this over the past few years, whether it’s through the replicants in Blade Runner 2049, the OS in Her, or the hosts of Westworld.

These portrayals often spark plenty of discussions, and Zoe (pronounced “Zoh,” not like “Zoey”) has some of those threads. The groundwork for debate over the idea that humans are trying to delete certain emotions by dating robots called “Synthetics” is there. It also touches upon the casual callousness the Synthetics’ experience at the whim of their human creators, one reaching the point of making the choice to be shut down, as well as the cruelty of Synthetics being disposed of the moment they stop serving one’s needs. But the philosophy is loosely presented and surface-level.

Not every film has to zero in on those bigger implications or get caught in its own cleverness to unwrap a mystery. But the problem with Zoe is that the primary relationship isn’t all that interesting, so you’re left wanting more.

Synthetics can do anything from menial tasks like maintaining a lawn, but more life-like models are used for other means such as becoming a companion to a human partner. “I am designed to love you and understand you in ways that humans simply can’t,” one Synthetic character explains.

But for human relationships, couples can take a test to determine their compatibility and how likely their relationship will survive. It’s the brainwork of Cole Ainsley (McGregor), who fears the kind of heartbreak that can come with a relationship and is searching for more ways to facilitate the connections he craves in his products. Zoe (Léa Seydoux) works alongside him as they help teach and nurture a new and self-aware Synthetic named Ash (Theo James). Early scenes give insight into Cole and Zoe with shots of their respective apartments—Cole’s is a mess while Zoe’s is pristine—and the kind of loose and rigid schedules they keep. Even as she helps others determine their own compatibility, she can’t help but want something like that for herself—except she discovers that she is completely incompatible with the person she wants to be with, Cole.

It’s difficult to dive into the heart of Zoe without talking about the film’s twist at the end of the first act, so if you want to go in knowing nothing, turn away now.

You can infer it from the trailer, but after Zoe confronts him about her results, Cole tells her the truth: the reason why they’re fundamentally incompatible is that Zoe is a Synthetic, one programmed to believe she was human and be lifelike enough that she could even fool other humans. She has a wealth of memories to inform her choices—for instance, Zoe recalls the shame she felt about her weight—and can react to situations based on her “experience” (except she’s incapable of crying).

We’re not given an explanation or shown why the two are drawn to each other, making it difficult to emotionally invest in their relationship, even when Cole’s ex-wife Emma (an underutilized Rashida Jones) tells him that he and Zoe should be together. Cole’s internal struggle of pursuing his own creation romantically (and the idea of dating a Synthetic) never quite lands, so when it all comes to an ugly head, the emotional punch feels more like a soft tap.

Cole experiences things passively, whether it’s a relationship with a Synthetic or trying one of his products that caused a major crisis in an effort to feel something. (It doesn’t work for long.) There’s a deeper sense of connection between Zoe and a Synthetic sex worker named Jewels (Christina Aguilera) than there is with Cole, and it goes beyond their own biology. And the ending, while inevitable, never feels earned.

Zoe has plenty of fascinating ideas embedded within its code, but the execution feels more like a test run with a highlight on its weakest points. Instead of being swept away or invested, all we’re left is a glaring focus into the aspects that are in need of an upgrade.