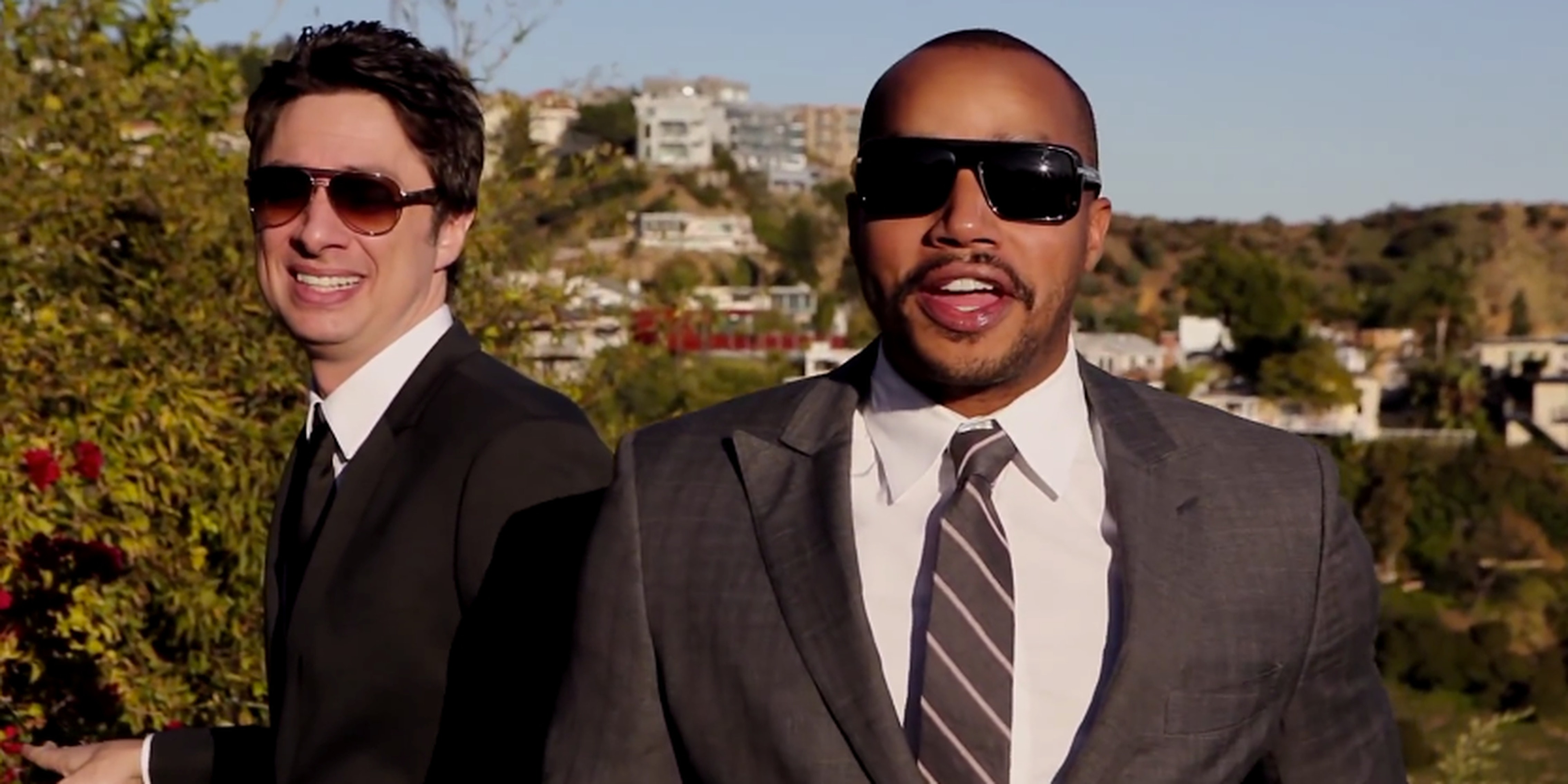 This must have been what it was like to hangout on the set of Scrubs.

Real-life celebrity best friends will do a lot for each other. They’ll call each other to prove their epic friendship, partake in selfies together across New York City, and if one of them is doing an AMA on Reddit, the other will hijack it from him.

Actor Donald Faison hosted a live Q&A session on the social news site Thursday to promote his charity and a contest to win a walk-on role on his current TV show, The Exes. What readers might not have expected was for Scrubs costar Zach Braff to show up, although he’s an active redditor and teased his appearance on Twitter.

Braff could have easily asked certain points Faison wanted to bring up while all of Reddit’s eyes were on him, but he took the opportunity instead to ask the most embarrassing questions he could think of.

It was as if J.D. and Turk had never stopped the bromance, and redditors loved every second of it—although as real-life best friends, one could argue that Braff and Faison haven’t stopped it since the cameras stopped rolling on Scrubs. This was no longer an AMA between a celebrity and his fans, but rather a collective witnessing of a friendship bloom even more on our computer screens.

“Zach Braff is just dominating this AMA,” joec_95123 wrote. “I feel like the rest of us are just watching the two of you hanging out together, and it’s awesome.”

Braff covered everything from r/gonewild to jokingly accusing Faison of lying about his straightness and when he was going to talk about Rampart. Regardless of whether Faison answered questions, people were getting a kick out of it.

And even long after the AMA ends, we’ll always have this gem.