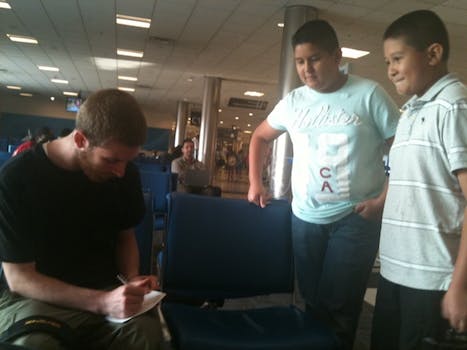 Whiteboy7thst begins his “TOP 100!!!!” video with a welcoming “Ladies, gentlemen, come on in. You’re looking fantastic this evening if I do say so myself.”

There are major milestones in any YouTuber’s career—and Whiteboy7thst just hit one of them.

On August 1, YouTuber Whiteboy7thst hit 600,000 subscribers, but more importantly, broke into the top 100 list of most subscribed to channels on YouTube.

Whiteboy7thst joined YouTube in July 2009, and has amassed 135 million views on his videos since.  Whiteboy7thst is known for his Call of Duty video game footage and commentary, even working as a director for Machinima, the video game entertainment network.  Whiteboy7thst occasionally makes “dolphin diving” stunt videos (“dolphin diving” was added to Call of Duty in 2010) , and has appeared in collaboration videos with other popular YouTubers, the most recent being a cameo in Russian Meal Time in his ghillie suit.

To celebrate the momentous Top 100 occasion, Whiteboy7thst made a heartfelt video thanking his fans, saying it is “such an honor to be one of the few gaming channels, representing the online gaming community, in the top 100 most subscribed” to channels.

Whiteboy7thst begins his “TOP 100!!!!” video with a welcoming “Ladies, gentlemen, come on in. You’re looking fantastic this evening if I do say so myself.” Over footage of his superior game-play, Whiteboy7thst says he is “nothing“ without his fans and can’t thank them enough:

“To meet you guys, talk to you, sit down, shake your hand, take pictures, autographs, whatever it may be, I really enjoy that, and I think that’s one of the biggest things I enjoy about YouTube is you guys, and the feedback you give me.”

Near the end of the video, Whiteboy7thst puts up a picture of himself writing an autograph for a little boy named Chris and says “I want you to take a look at his face. That made my day, and it kind of made my weekend, and looking at it now it puts a smile to my face.”

Whiteboy7thst ends his video by admitting YouTube and the community has changed his “life for the better.”

Looking at the photo of the young Chris smiling, it’s hard not to understand why.