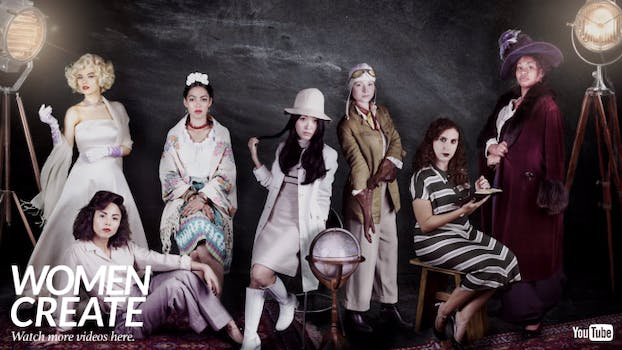 Just in time for International Women’s Day on March 8, YouTube announced that it will launch new initiatives aimed at promoting projects by female creators.

The Google-owned video site has partnered with the United Nations and the Geena Davis Institute on Gender in Media for an ambassadors program. The site also enlisted seven of the biggest names on YouTube—Michelle Phan, GloZell, Ali Brustofski, Flavia Calina, Olhos de Nuvens, Ochikeron, and mirellativegal—for a Spaces project that will fund new work by them.

According to YouTube, the project’s goal is simply to highlight the work women are doing both in front of and behind the camera. “Over the last few months,” the company said, “creators have filmed on sets constructed specifically for this initiative at Spaces [across the globe], producing over 50 videos that spotlight women’s perspectives.”

The first videos uploaded to the project’s playlist cover a broad range of topics. Everything from women’s history to “THE WORST DATES EVER!” is fair game.

“To help champion these goals,” Toomey said, “the UN SDG Action Campaign is excited to work with YouTube to bring together these seven female YouTube influencers as new Change Ambassadors.”

The new partnership adds a high-profile dimension to a major human-rights initiative, one that could boost the work of some pretty cool ladies in the process.

Correction: The U.N. project is a separate venture from the Spaces project—an earlier version of this story conflated the two.