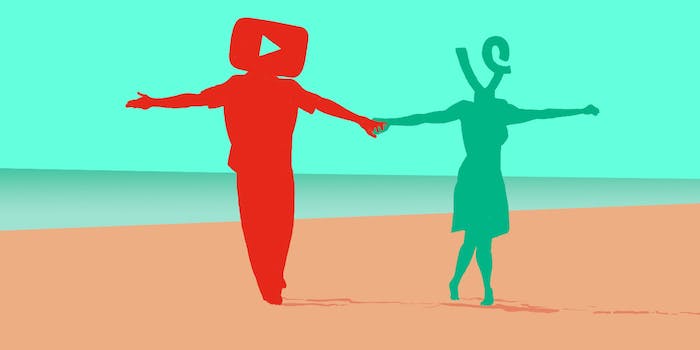 Which YouTube and Vine stars are most popular on Wattpad?

A peek at just how many works feature digital talent as fictional stars.

Telling fictional stories about real people is a longstanding practice, but on Wattpad, the subjects of those stories can often share space with the authors.

While YouTubers are releasing their own work on the site—Tyler Oakley is debuting portions of his forthcoming book, Binge, on Wattpad—fans are filling the rest of the space with fictional takes on the most popular digital entertainers. If you love Vine star Cameron Dallas and want to share a fictional story of a chance meeting with him that spawned true love, you’ve found your home on Wattpad. There are 59,986 other stories just like yours.

Wattpad is a melting pot of professional authors sharing glimpses of their works and amateur writers sharing a mixture of original works and fanfiction based on their favorite characters. The platform is also no stranger to RPF, or Real Person Fiction. In fact, one of Wattpad’s greatest successes, Anna Todd, inked a six-figure deal thanks to a One Direction-themed story that started on the site. So it’s no surprise that fiction featuring YouTube and Vine stars is popular on the site.

Wattpad provided a peek at just how many works feature digital talent as fictional stars. Unsurprisingly, the leader is current Streamys Entertainer of the Year Cameron Dallas. He stars in thousands of fics, with titles like “Truly Madly Deeply,” which has 10.5 million views and 165,000 stars, or “The Foster Home,” with 12.5 million views. It currently ranks No. 275 in all the fanfiction on the site. Nash Grier comes in second, but shows up in the top 10 again as simply a surname, as does Hayes Grier, Nash’s younger brother who’s now on Dancing With the Stars.

Despite being defunct, Our2ndLife makes the top five of digital talent cast on Wattpad, but none of the individual members crack the top 10. Overall, Vine stars outnumber YouTubers in the top 10, but the list is rounded out with the catchall term “YouTubers” at No. 10.

Number of works for:

Beyond the top 10, Zoella is the first female to break in with 3,000 works at No. 42, followed by Bethany Mota at No. 44. YouTube’s biggest star, PewDiePie, does make the cut at No. 34, but the teen heartthrobs drown out him in the fictional world. Aside from Connor Franta’s presence as part of O2L, LGBTQ+ YouTubers like Oakley and Troye Sivan don’t show up until No. 37 and 38, respectively.

But that’s not to say that the content generated about the top Vine stars and YouTubers is totally straight in nature. While more often the fiction follows the formula of a young woman who meets a famous viner and falls madly in love, there’s no shortage of slash pairings of Grier and Cameron, no girl in sight.

While singular YouTubers may pale in comparison to the number of stories about mainstream acts like One Direction, taken collectively the stories about digital influencers on Wattpad just reinforce their importance to the millennial set. It’s a good barometer of success: If they’re writing fanfiction about you, you’re probably a big deal.