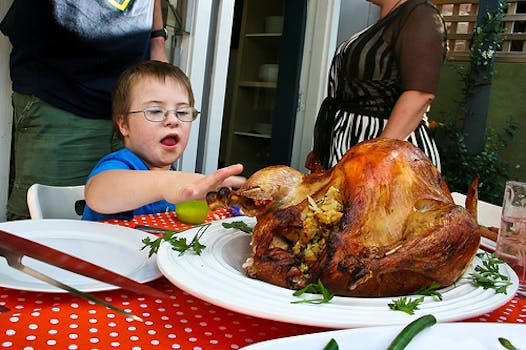 From Taiwan's Next Media Animation to FPS Russia, everyone is getting into the Thanksgiving spirit on YouTube.

Need to escape the cooking hustle and bustle or heated family argument brewing in your house? Watch these videos instead.

Comedian Dom Mazzetti goes off on why Thanksgiving is important, for primarily selfish reasons.

Safeway Inc released a viral ad campaign in the form of a mockumentary about catching unusually fast turkeys.

Next Media Animation TV, the Taiwanese company known for mock-reporting American news, uploaded a segment on its interpretation of the holiday and the perceived cost.

The official YouTube Trends blog put together three videos of Turkey attacks this year, including one of a little girl baiting a turkey.

The Action Figure Therapy channel, whose shtick is expletives yelled by an action figure, released a “Happy Thanksgiving” episode of things the character’s thankful for.

Wondershare took a more serious turn with their video of things to be thankful for, including scientists, explorers, historical figures, and Steve Jobs.

FPS Russia, primarily a gun-showcasing channel, even got into the Thanksgiving spirit with his video “The Thanksgiving Massacre!” He shoots turkey and deer dummies, saying in a mock Russian accent, “We’re putting  food on the table for our families.”

If the thought of Black Friday is too stressful (and you don’t own any guns), there’s a new holiday, called “Friends-giving.” Friends-giving takes place the day after Thanksgiving, and you gather with your friends and share leftovers.