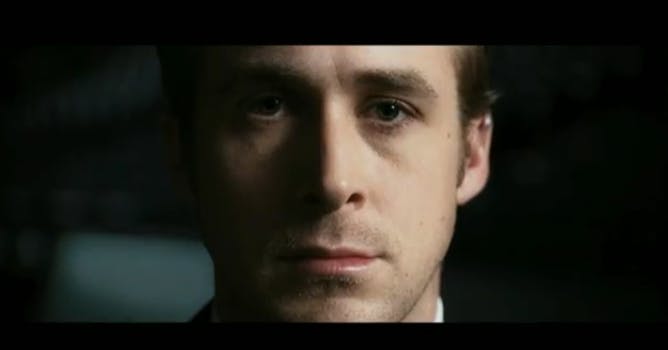 This supercut video lets you lock eyes with Hollywood stars.

Hollywood movie stars don’t usually make eye contact with us little people. But on YouTube, you can force them to.

In “Looking At You,” the five-minute supercut compiles clips from 148 movies of stars gazing at the camera. So it’s kind of like they’ve noticed you! Set to the song “Can’t Take My Eyes Off You,” you can lock eyes with Uma Thurman, Jack Nicholson, Ryan Gosling, and those creepy aliens from Mars Attacks!

The creators left out various scenes of actors breaking the “fourth wall” (i.e. when the actor looks at the camera directly) from documentaries and musicals, where it’s common to look at the camera. They also whittled down their movie selection from 200 movies to shorten the film’s running time. Some of the films that made the cut include Jaws, Annie Hall, Goodfellas, and The Rocky Horror Picture Show.

Since its posting April 20,  the video has racked up 37,000 views with many positive comments.

“Why does this video make me feel good. Like I have a bazillion friends?” wrote FrederichSchulz.

But if you can’t make it through the five minutes, scroll through its adjoining Tumblr and pick one those photos to be your Facebook cover photo to freak your friends out.