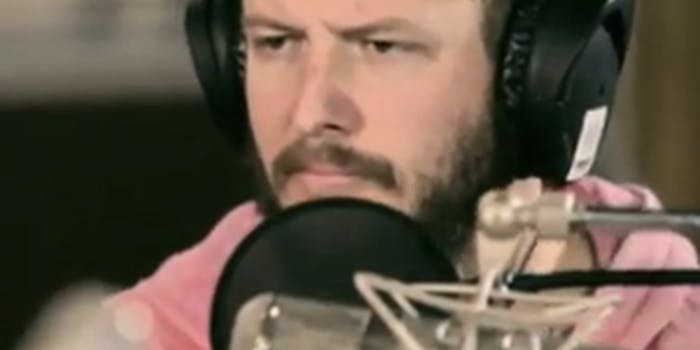 No one should have to ask who Bon Iver is after watching this stunning, 25-minute performance.

The next time someone asks “Who is Bon Iver”—sincerely or for ironic effect—please kindly redirect him or her to this video.

“Recorded in AIR Studio’s Lyndurst Hall – a building that was originally a church and missionary school designed in 1880 by the great Victorian architect Alfred Waterhouse (designer of the Natural History Museum) – Vernon was joined only by Carey, with the pair positioning themselves opposite one another at two grand pianos. Although neither Justin nor Sean’s first instrument is piano, they were able to remodel the songs in a way that showcases their complimentary vocals and, perhaps more strikingly, a seemingly effortless ability to experiment with form and structure.”

Directed by Iain Forsyth & Jane Pollard in October of last year, the video’s view count is currently locked at 303—a well-reported YouTube bug that indicates the clip’s popularity is currently overwhelming the site’s servers.