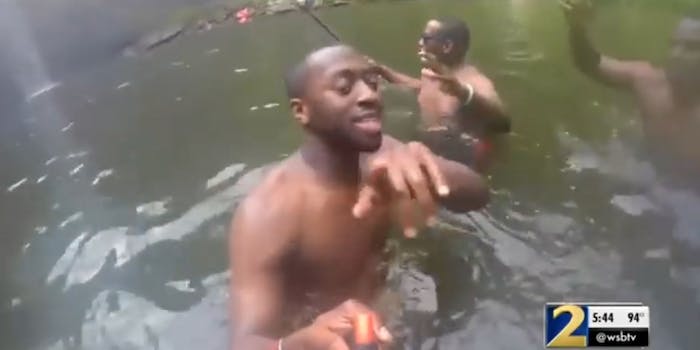 YouTuber finds GoPro footage of man who drowned in 2017

The deceased man's family is relieved.

In 2017, a man named Richard Ragland drowned while swimming in Tennessee’s Foster Falls State Park. His family wondered what exactly had happened ever since.

Now, thanks to a travel YouTuber named Rich Aloha, Ragland’s family has received a little bit of closure—and newly unearthed video of their lost child.

That’s because Aloha found a GoPro that Ragland had used while swimming the same day that he died, and the content of the SD drive inserted inside gave Ragland’s family the chance to see his last moments alive.

The video shows Ragland frolicking in the water with some buddies at the park and using a GoPro with what appears to be a selfie stick. As Gizmodo pointed out, Ragland, a National Guard soldier, was 22 years old and was apparently a strong swimmer—which was one reason why his parents were surprised by Ragland’s drowning death.

Aloha, who has about 2,000 YouTube subscribers, said he was diving in the spot where Ragland was swimming a few years earlier, looking for “lost treasure” that included potential drones, phones, or GoPros. A park ranger had told Aloha about Ragland’s death, and they advised him to be on the lookout for any evidence that he had left behind.

“I was going through the footage and I said, ‘Oh my God, this is the guy,’” Aloha told WSB-TV.

Aloha then Googled the story and found Ragland’s family so he could deliver the video of their son.

“The SD card was intact,” Ragland’s mom, Robin McCrear, told WSB. “All of his footage on there. It was like an out of body experience … For him to go through the effort to do his research, make numerous phone calls. He didn’t give up until he got in touch with us. That means the world to us.”